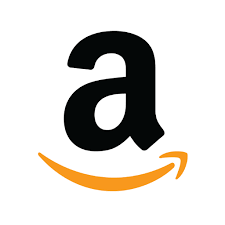 Dear Mr. Berko: Amazon.com recently agreed to sell Nike products. Amazon can sell Nike’s merchandise for less than retail stores can, and according to my college professor, this is a first step toward taking over Nike. Amazon currently owns Whole Foods Market and Zappos. It’s huge in the video business. It’s forcing Barnes & Noble out of the book business. And it’s the world’s largest producer of audiobooks. I can buy tires, rims and other auto parts from Amazon for less than I would pay at AutoZone. Amazon sells clothing, computers, cellphones, entertainment systems, sporting goods, TVs, insurance, vacation packages, jewelry, etc., for less than any retail store does. Amazon is huge in web services, cloud storage and the server business. My professor believes that Amazon will buy a bank and offer checking accounts and mortgages. It already has its own credit card. My professor believes that “its disruptive pricing power chokes employment, restrains wage growth and is bankrupting competitors.” He believes that Amazon is “too negatively impactive on our economy, especially wages, and must be restrained by government-decreed divestiture.” Please tell me what you think. — CS, Joliet, Ill.

Dear CS: I think your professor is as wrong as Corrigan and should move to North Korea. Joseph Schumpeter, a brilliant economist and bald as an egg, who passed away in 1950, explained capitalism as a series 50- to 60-year waves of technological revolutions causing gales of creative destruction, or GCDs, in which old industries are swept away and replaced by new industries. These new industries generate new economic activity, employing more people, who buy more products, creating more demand and, resultantly, increased employment.

According to Joe, the first GCD, between the 1780s and 1840s, was fueled by steam power. During those years, the steam engine increased our gross domestic product fivefold, and employment grew fourfold. During the second GCD, between the 1840s and 1890s, the railroads replaced wagon trains, stagecoaches and sailing ships. Now industry could move raw materials and finished products faster, more cheaply and in volume. Resultantly, our GDP exploded sixfold, and employment grew fivefold. The third GDC, between the 1890s and the 1940s, was charged by electricity. Inexpensive electrical power hugely improved industrial efficiency and labor productivity. This bred a sixfold growth in GDP and a fourfold rise in our working population. Oil and the automobile between the 1940s and the 1990s fostered the fourth GDC. People moved to the suburbs and families owned two cars as the GDP increased eightfold and the workforce grew fivefold. Today the fifth GDC is information technology and t!
he microchip. It’s making other technologies obsolete and altering our social, cultural, political and economic futures in ways we never imagined possible. We’re on the cusp of that wave today.

A century and a half ago, no man could imagine a leap in technology that would produce jets, cellphones, TV, instant pudding or an MRI. Today I doubt any man can imagine what a quantum vault in technology would bring us in just 50 to 60 years. After Gutenberg’s printing press was invented in about 1440, global knowledge doubled every 20 years. A century and a half ago, global knowledge doubled every 10 years. In the past 35 years, global knowledge has doubled every three years. In the next 18 months, the amount of new knowledge will exceed, by a factor of two, everything that has been learned since the birth of mankind. But though the sum of knowledge increases exponentially, our ability to use it and process it wisely seems to increase only arithmetically.

If, as I suspect, your question is prompted by a term paper assignment, I hope this helps. But I’m compelled to warn you that this professor may be dangerous to your mental wealth. Many college professors are like Slinkys; they’re not really good for anything, though you still can’t help but smile when you see one tumbling down the stairs.