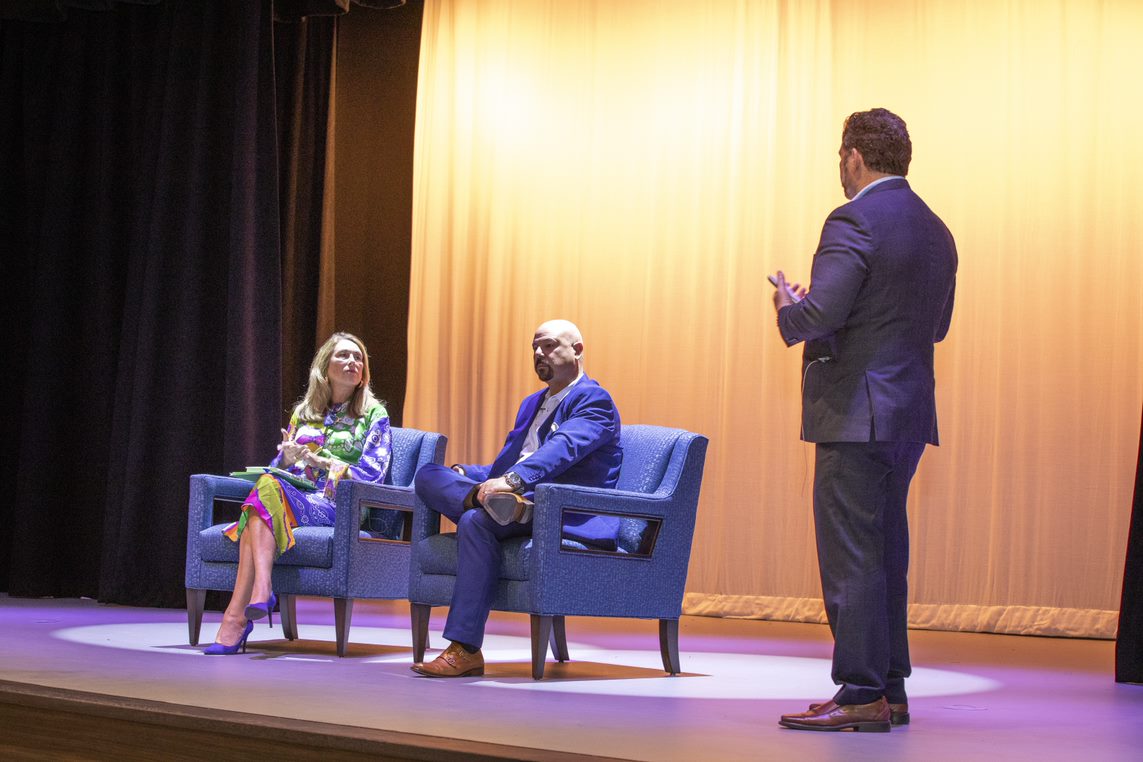 The fact that Monica Morrissey McAfee, chief marketing and innovation officer at John Knox Village of Florida, doesn’t even like to utter the word “retirement” reveals a lot. “You don’t stop because you use the R-word,” she says, adding, “That’s a bad word.” Her view of aging, much of it informed by Joseph F. Coughlin’s 2017 book, The Longevity Economy: Unlocking the World’s Fastest-Growing, Most Misunderstood Market, is not a conventional one.

At SFBW’s recent CEO Connect event at John Knox Village in Pompano Beach, McAfee, who was joined onstage by chief operating officer Bill Pickhardt, did her part to reexamine—and debunk—common conceptions about growing older—and the ways in which John Knox Village is molded around this new way of aging: independent, but benefiting heartily from community bonds; emotionally fulfilling yet informed by a clear-eyed, practical sense of investment.

“The people who live here are completely different [from past generations] in the sense that they want to have purpose,” McAfee said. “They don’t want to be complacent. They want to stay engaged, think about wellness and feel empowered and emboldened. Most people who live in this environment had a plan and how they’re going to pay for it, and now they’re executing on the plan. And that plan is different today than it was 50 years ago.”

John Knox Village seems like any upscale gated community, with residential apartment towers surrounded by lushly landscaped garden villas that immediately, visually upend any notions of a sterile, controlled environment. “There’s the issue of independence, and perception versus reality,” Pickhardt said. “The majority of our residents are independent, whether they’re in an apartment or a villa. They make their own schedules and they chose their lifestyles. Fortunately, we find that here, many of the residents participate in activities of well-being. If we don’t talk about the health care component, that’s because it’s a given. We will always take care of our residents.”

McAfee returns to the subject of the $8 trillion longevity economy, and what cities and business leaders need to know and do to serve this key, growing slice of the population, from their health to their wealth. “Twenty-five percent of Broward County’s population is 65 and older, with a median income of $260,000,” McAfee said, emphasizing that making a home at John Knox Village is a way of protecting your assets. She explained that the one-time entrance fee—$190,000 to $600,000-plus, depending on the size and type of the home—comes with significant tax savings, as does the monthly service fee, which is akin to a condominium’s HOA fee. Demand is healthy: 146 new apartments are coming online, with nearly all of them sold.

“It gives people the opportunity to make their plan independently,” she said of the financial considerations. “It’s the greatest gift you can give to your children.” Of course, it’s not all dollars and sense. McAfee describes an environment that engenders networks of friends, people to travel with, residents who continue to work, an immersion in the John Knox culture and the wider world.
One by one, residents in the audience spoke of their affection and passion for the lifestyle they’d adopted. One common sentiment: “I wish I’d done it sooner.”