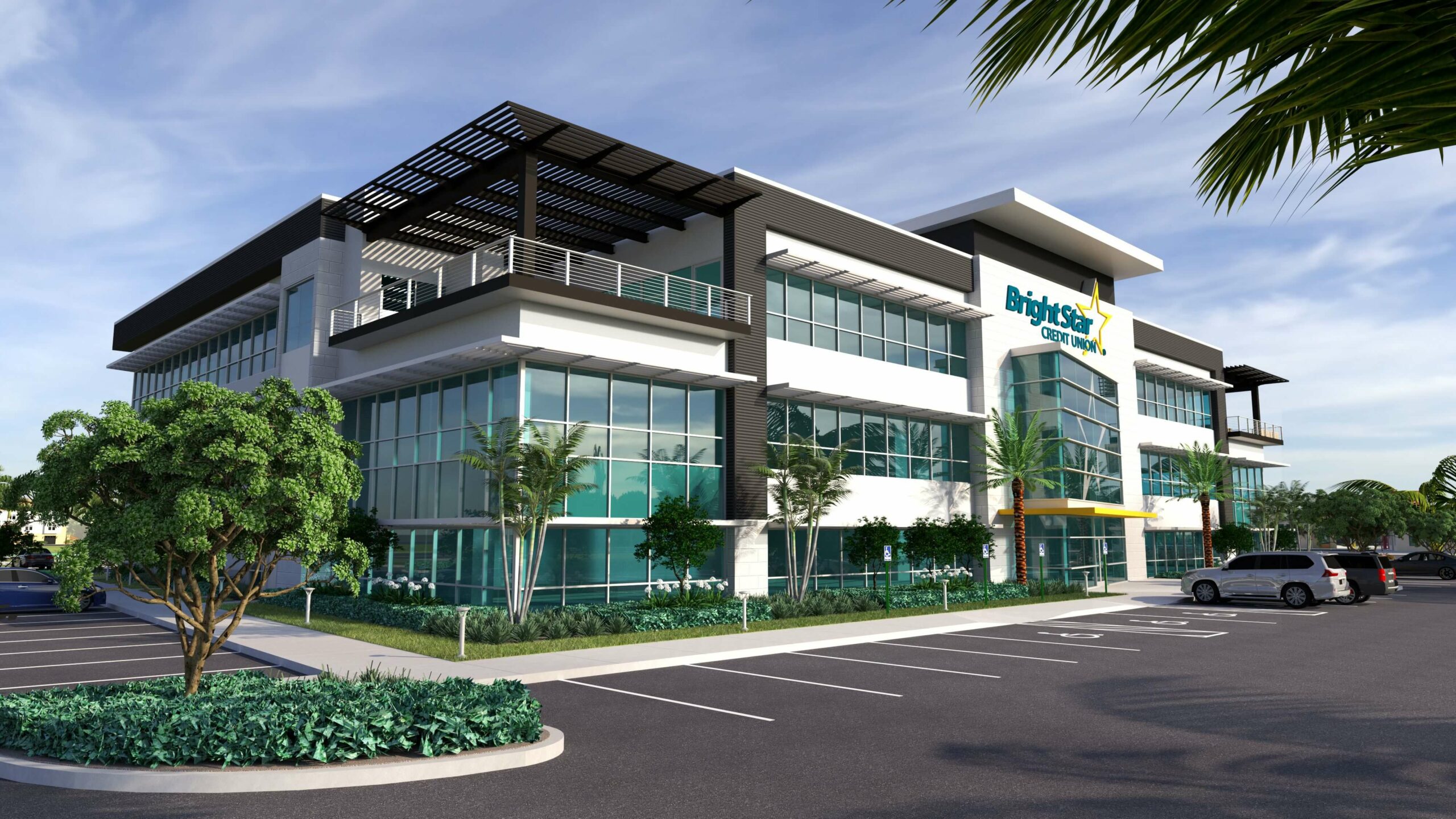 The move into the 70,316 square-foot facility will help BrightStar Credit Union consolidate its operations and nearly 200 local employees into one location. The new corporate center will also serve as a banking branch with drive-thru teller lanes and 250 parking spaces.

“As one of the largest credit unions in the southeast, our company has enjoyed profitable growth for 75 years and what better way to continue to serve all Florida counties than by opening a new state-of-the-art facility in Cooper City where we can exceed the growing needs of our members,” says Michael Tomko, president and CEO of BrightStar Credit Union. “We are excited for this project and look forward to continuing to serve Broward County residents.”

With more than 60,000 members in South Florida, BrightStar Credit Union remains one of the largest credit unions in the area. The construction of the new building will be developed by Monterra Community Developers and designed by DEI Corporation.