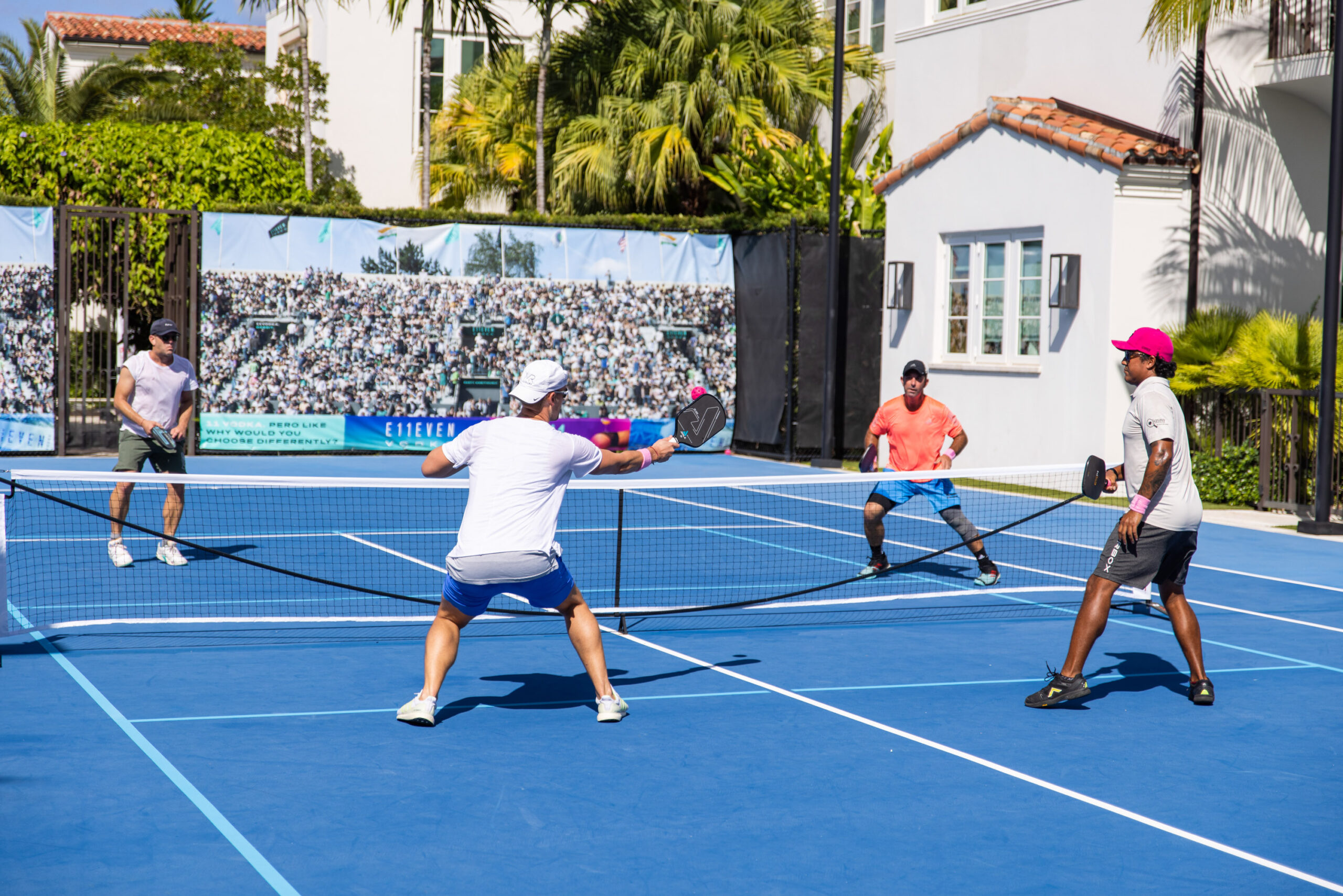 Pro player Heather Nobler and her teammate Mark Groussman won the tournament after exciting matches against pro player Parris Todd and her teammate Michael Simkins. Throughout the day, guests enjoyed bites from Miami hotspots Bottled Blonde and Bodega Taqueria y Tequila, and specialty cocktails courtesy of E11EVEN Vodka with mixers and garnishes by Fever-Tree, Filthy Food and South Beach Syrup. While presenting the winners with their trophies, Nikki Simkins announced that E11EVEN Vodka would be donating over $60,000 to the Florida Breast Cancer Foundation; the funds were generated from the proceeds from both the Pickle for Pink event as well as 11% of sales of the brand’s special edition pink bottles during October.