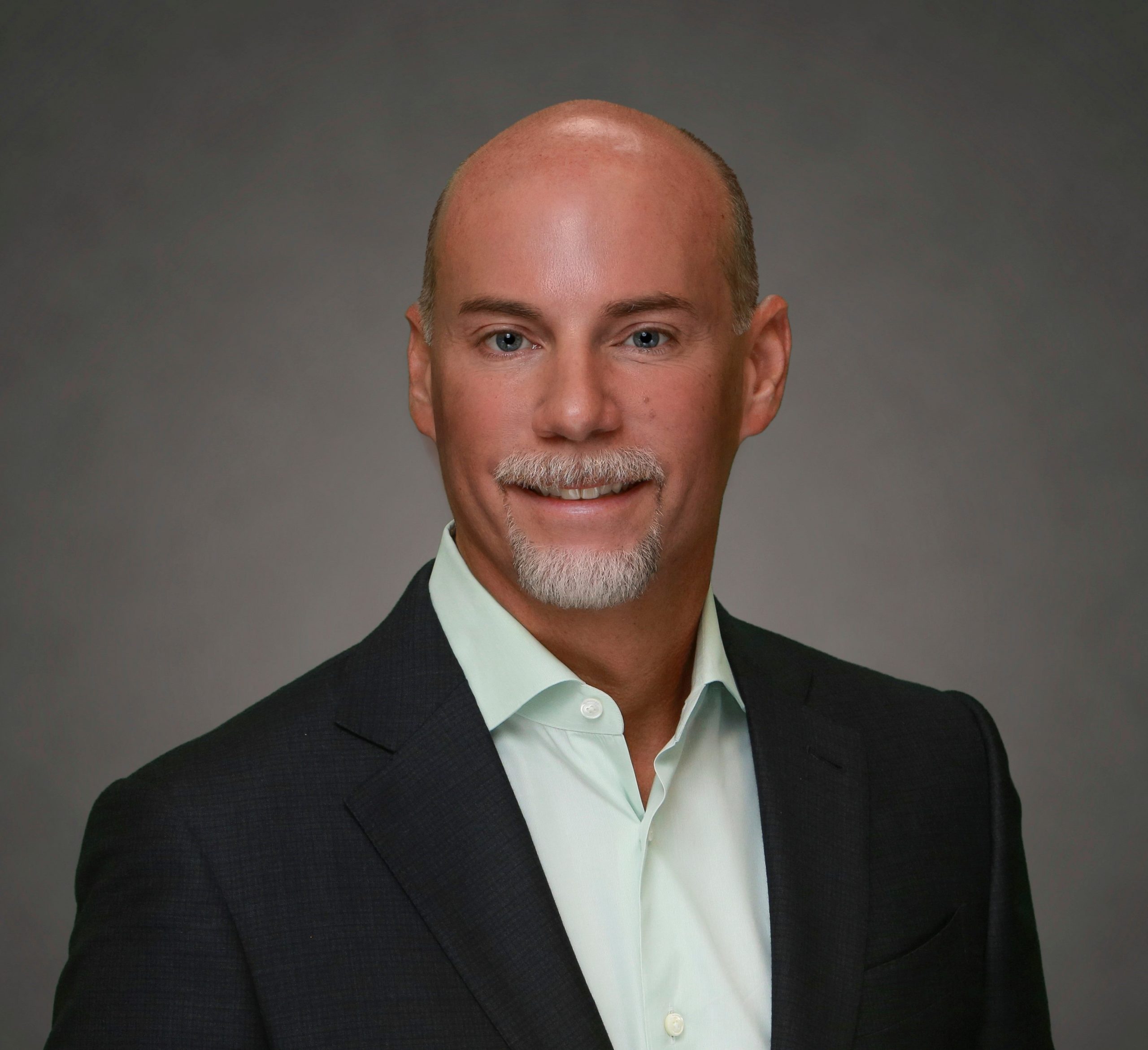 Cinch Home Services (Cinch) recently formed a new partnership with HomeSmart, a real estate brokerage firm, to enable Cinch to further expand its services nationwide. The agreement will allow Cinch to provide its award-winning warranty plan and services to HomeSmart’s franchise partners, brokers and more than... 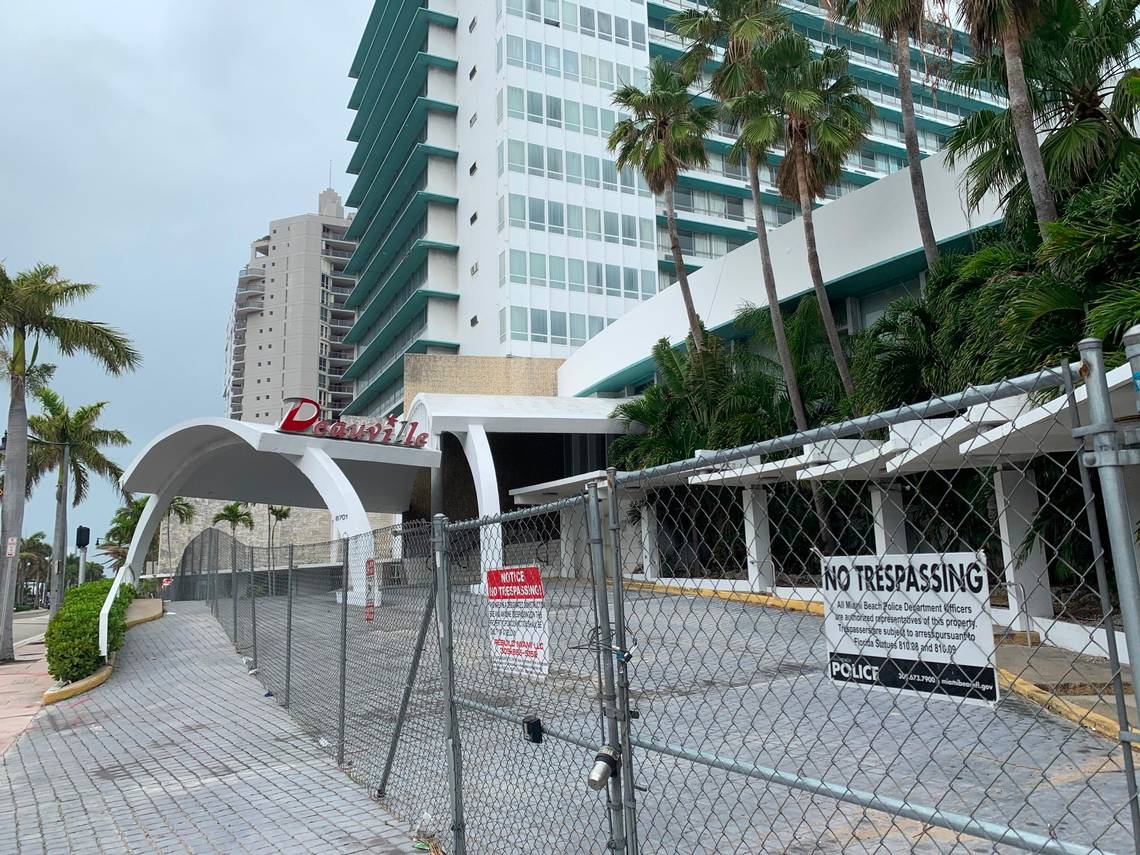 The site at the former Deauville Beach Resort in Miami Beach may get a second chance to become an iconic destination for the area after Miami Dolphins Owner Stephen Ross announced the purchase of the site. The property is undergoing demolition after a fire in the... 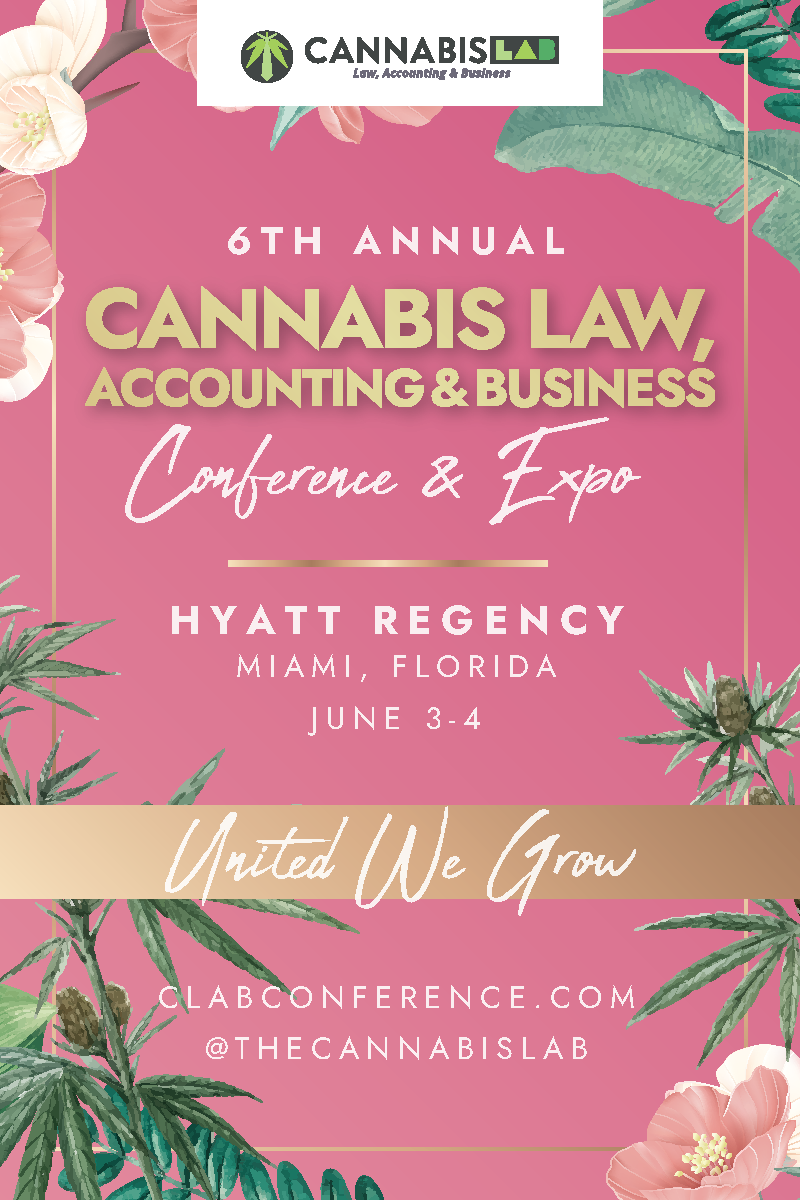 Cannabis LAB (CLAB) will host its 6th Annual Cannabis Law, Accounting and Business Conference and Expo on June 3 and 4 at the Hyatt Regency in Miami. The event aims to provide businesses and entrepreneurs in the cannabis industry with an opportunity to connect, engage, learn... 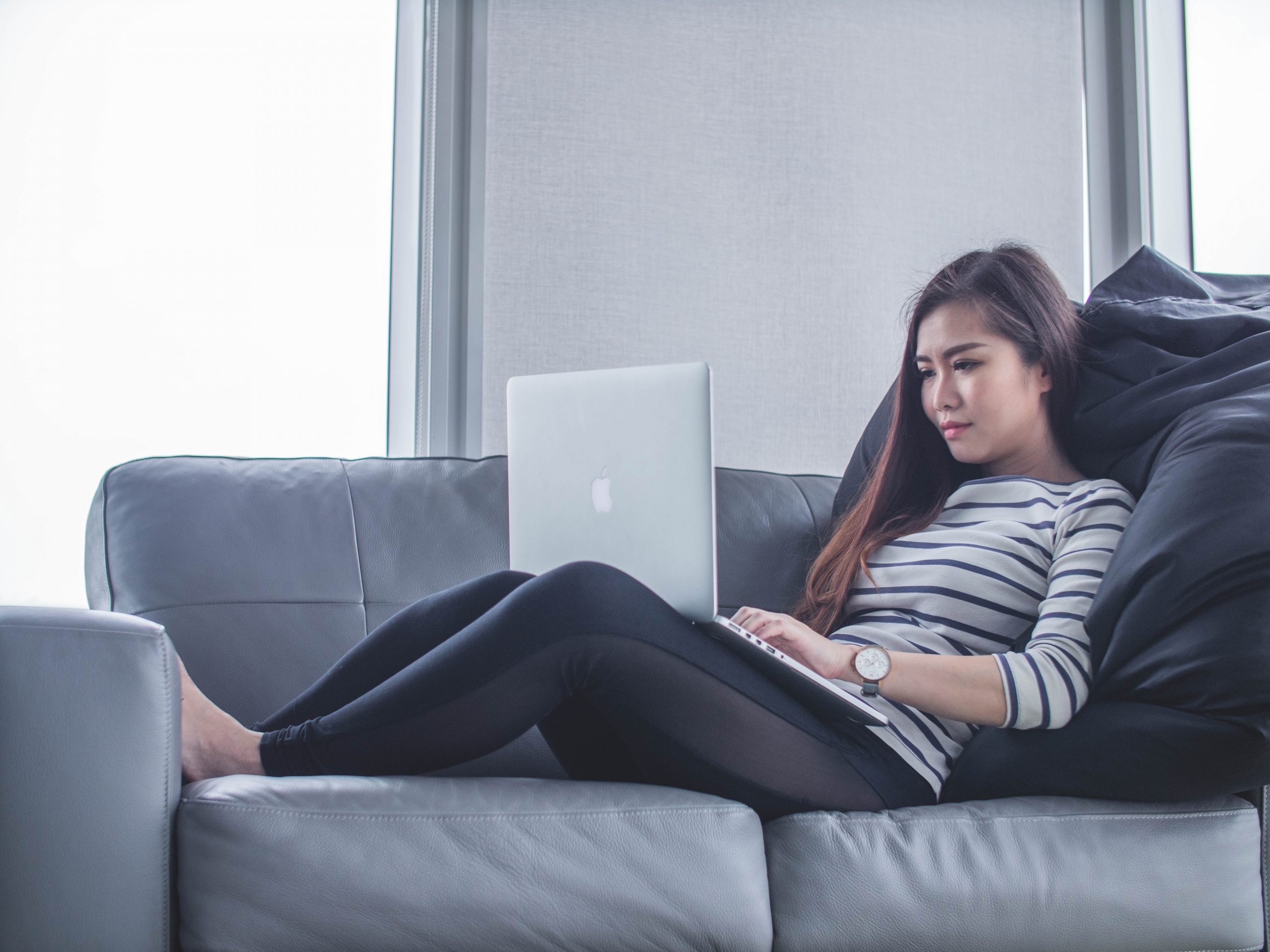 01 Jun In the Workplace: Just Don’t Call it Hybrid

Posted at 15:56h in Entrepreneurs & Business Strategy by Drew Limsky 0 Comments
Share
As the president of Starmark, a national integrated marketing agency headquartered in Fort Lauderdale, Jacqui Hartnett has seen firsthand how productivity works. Her tenure with the company has defined her career—she completed a six-year stint with Starmark that ended in 1992, and returned to the company in 2005, spending five years as chief operating officer before ascending to her current role. Starmark is unique in that it has put a great amount of thought and resources into not just what work gets done, but how. For Starmark, hybrid work, with its arbitrary office days, is out. The company’s executives have banned the practice and even the term. According to Starmark’s executive creative director Dale Baron, when artificial schedules are removed, creativity and accountability are enhanced. “It’s exciting to see that when you give team members the ability to own the solution for the client, they take responsibility,” Baron says. “They surprise each other with the ingenuity of their solutions and the quality of their work. Every team member owns and champions the goals. It’s built into how we work.” Instead of hybrid, Starmark employs a work philosophy called “orbits,” which is characterized by intentionality. If work is to be accomplished in the office, there has to be a purpose to justify it. Where the team works—in addition to what they will be working on—becomes part of the collaborative process. Hartnett sketches out this new workable workplace reality. Why remote work is here to stay: “We’ve all been working remotely for two years,” Hartnett says, “and the American workforce has been getting it done for their organizations, so it does not surprise me that going forward this is going to be a normal state-of-affairs, where people are going to work where they’re most productive.” Why some companies have made the shift more seamlessly: “It starts at the top, and I think what you’re seeing in terms of publicly traded companies and privately held companies is that it’s hard to change if you’re not open to new ideas and if you want to know where everybody is—and if you were managing that company before covid, with a clipboard, asking what everyone is going to do for you today,” she says. “Then, it’s hard to flip a switch with the first global pandemic that’s affecting the U.S. economy and all of our businesses. But if you were running your organization prior to COVID, allowing your leadership to take responsibility, and allowing your team to get their work done, this shouldn’t be a hard shift to do.”
Read More 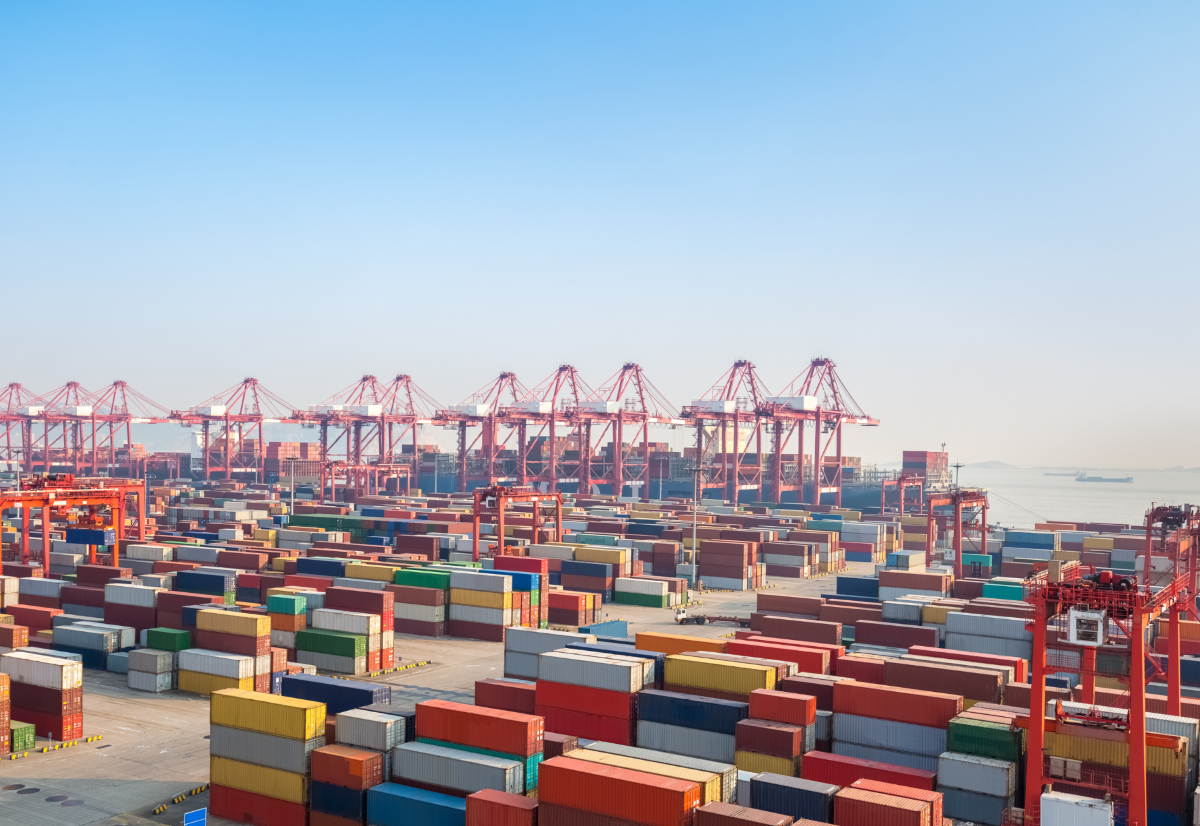 01 Jun Prepare for Business on the Global Stage 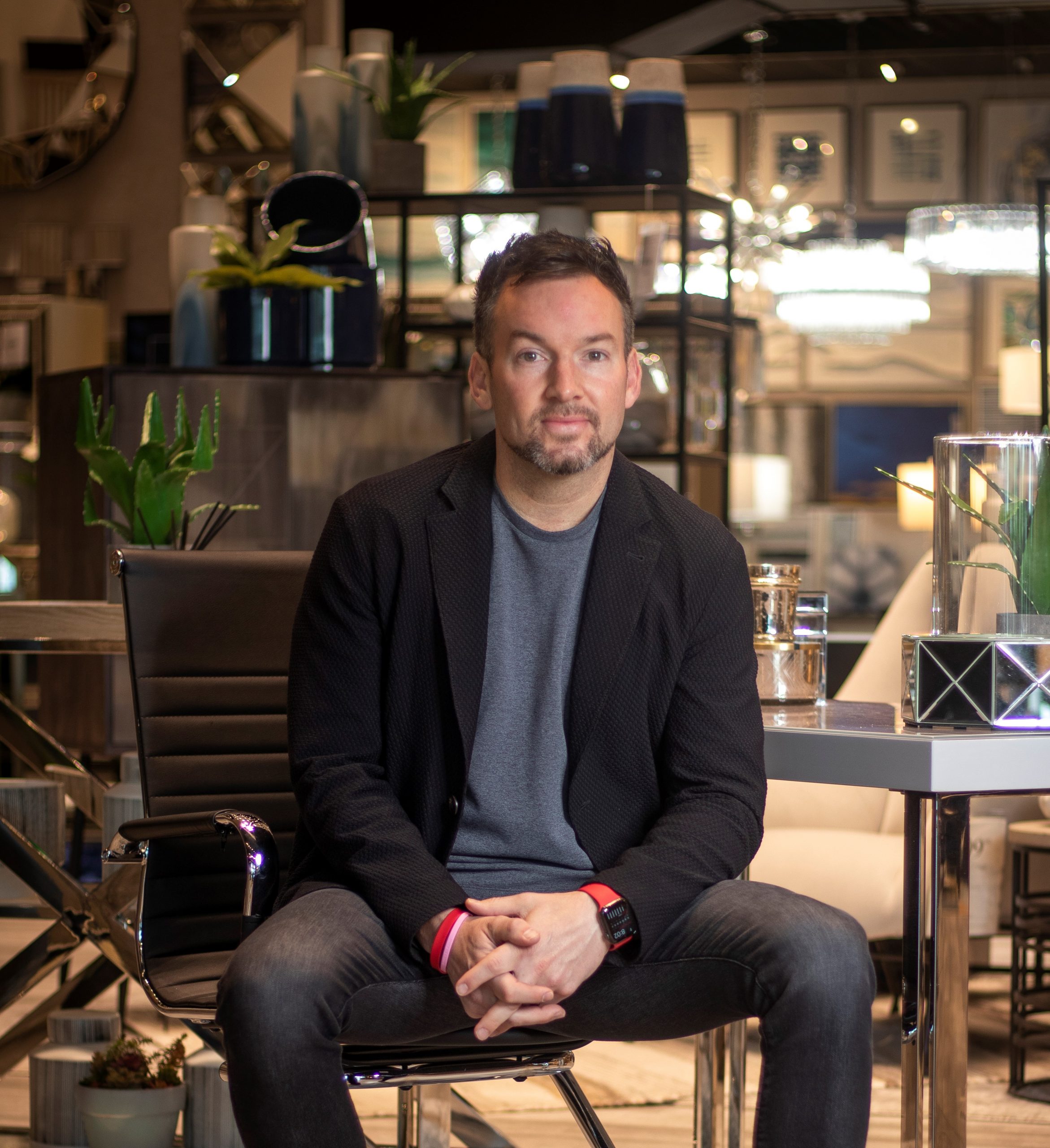 Posted at 16:34h in Entrepreneurs & Business Strategy by Drew Limsky 1 Comment
Share
Andrew Koenig’s thirst for knowledge is palpable. While still in college, the CEO of the thriving and ubiquitous City Furniture, which is based in Fort Lauderdale and operates nearly two dozen Florida showrooms, traveled more than halfway across the world to learn about excellence in production from the best: Toyota. Just as hungry companies (such as Toyota’s Lexus division, not incidentally) seek to emulate Ritz-Carlton, a company renowned for its service, savvy businesses like City Furniture, in this case represented by a precocious Koenig, flew to Toyota City, Japan, to see what could be absorbed about so-called lean production. “I read a book called ‘The Machine That Changed the World,’ and it highlights the differences between Toyota and the other automobile manufacturers,” Andrew recalls. “This was about 20 years ago, and I kept reading more and more about Toyota and researching what a phenomenal organization they were, so during a spring break when I was in college, I asked my father if he could get me a tour of Toyota City.” His father is Keith Koenig, the chairman of City Furniture who cofounded the business with his late brother, Kevin, and has a strong network of connections, to say the least. The elder Koenig knew Jim Moran, who was considered the most important American to make Toyota so surpassingly successful in America, starting the late 1960s. To Andrew, the Toyota City experience was nothing short of revelatory: “I got to see that everything I’d read was real,” he says. “It changed my life.”
Read More 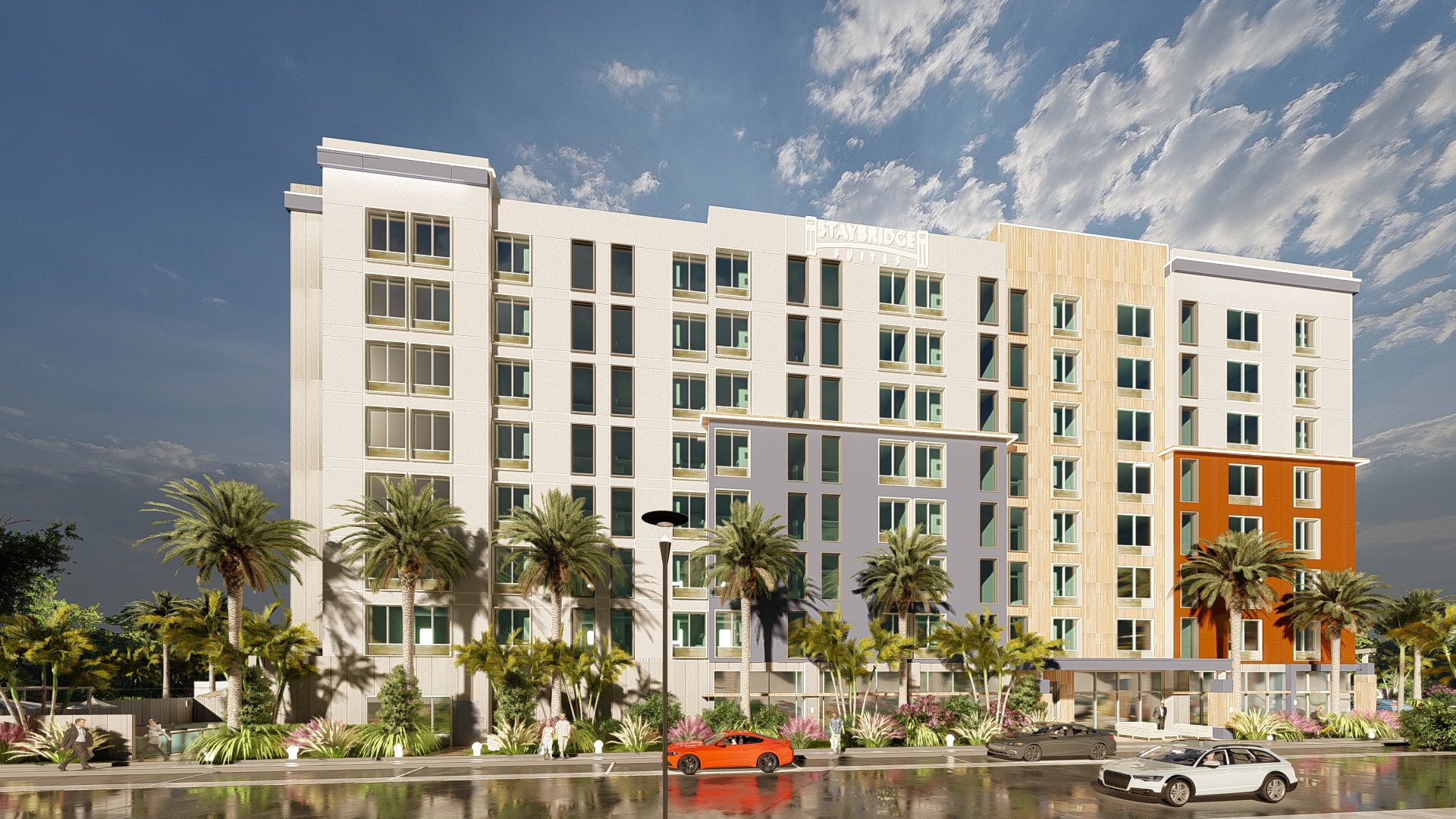 Posted at 16:31h in Hospitality by SFBW Staff 0 Comments
Share 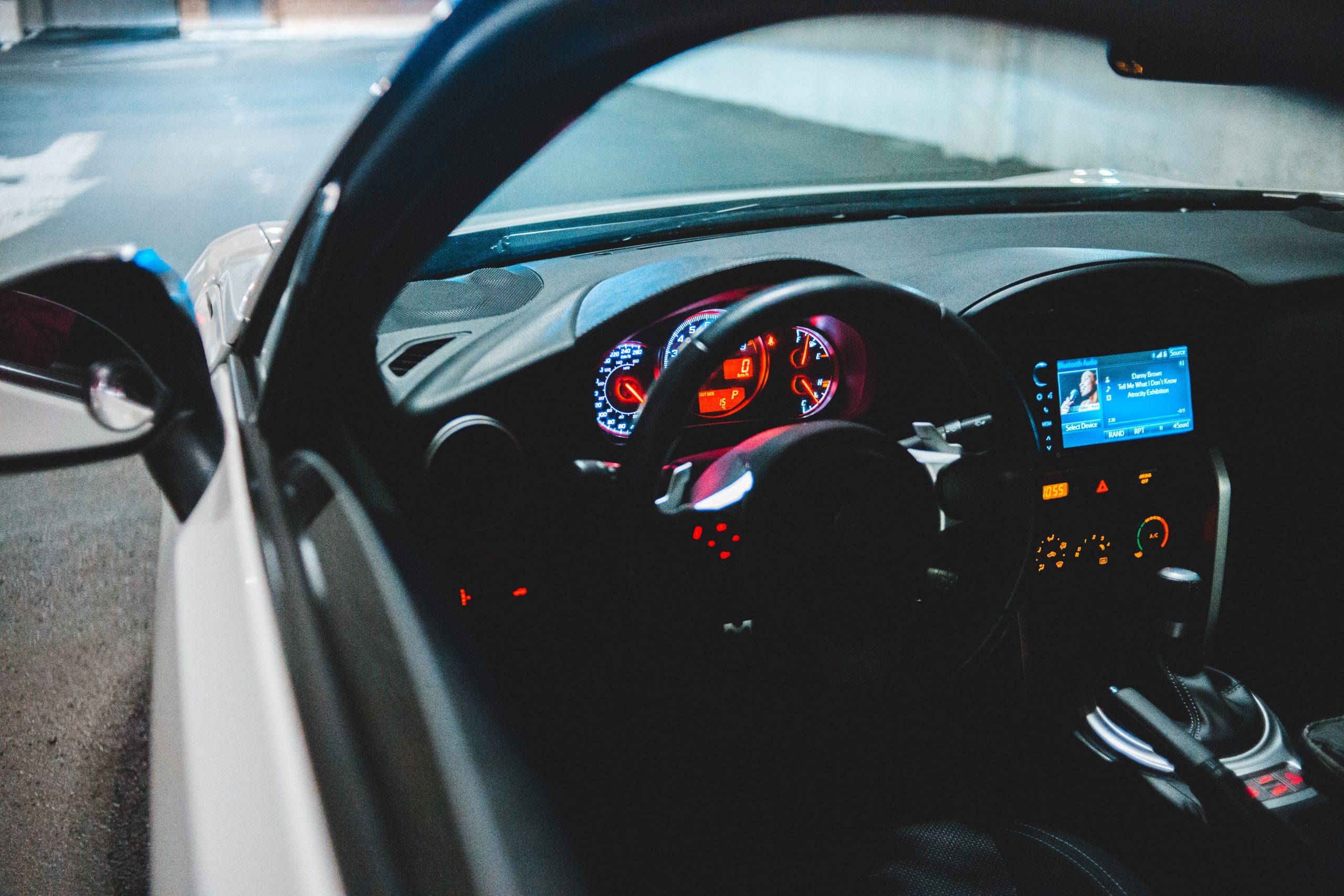 The future of Autonomous Transportation will be displayed when the formal demonstration of the first nationwide Autonomous Vehicle remote monitoring and control center is launched in Boca Raton. The demonstration will commence today at 5 p.m. at the Boca Raton Innovation Campus (BRiC)—the former home... 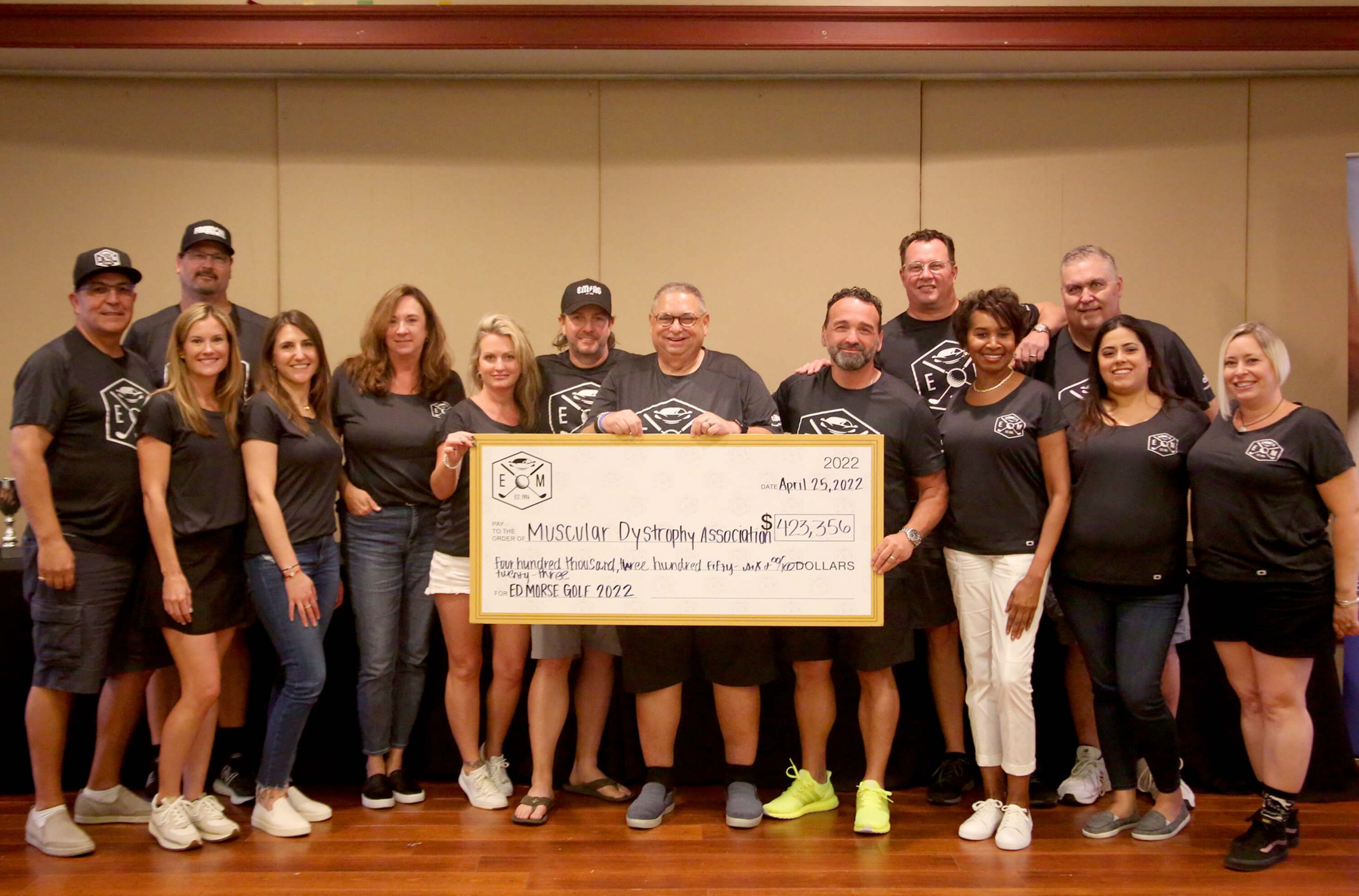 The Ed Morse Automotive Group generated $424,356 to support the Muscular Dystrophy Association during a golf tournament at The Club at Weston Hill in Weston. “We are incredibly honored by the outpouring of support by our sponsors and players in making our 28th annual golf tournament for MDA... 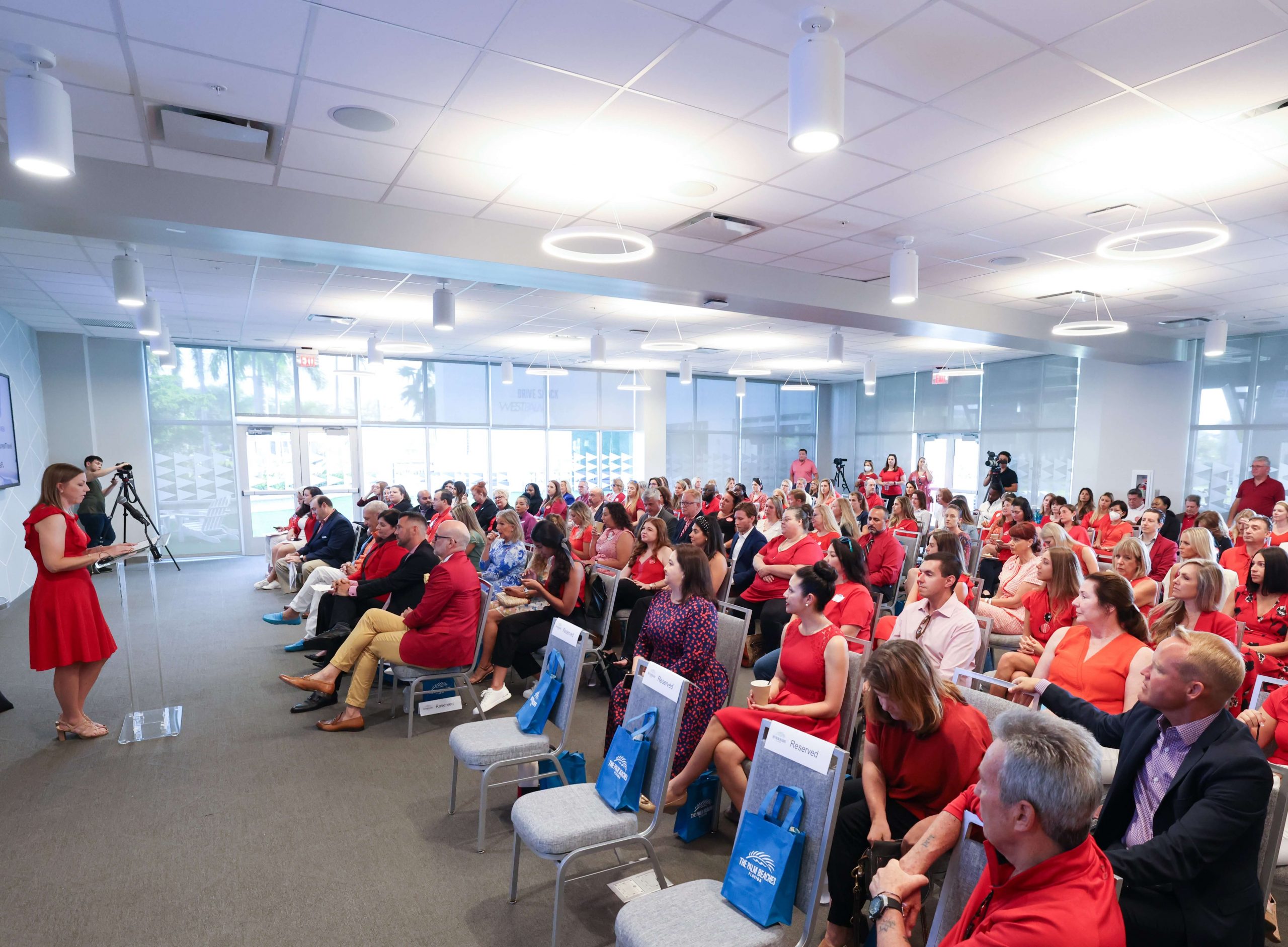