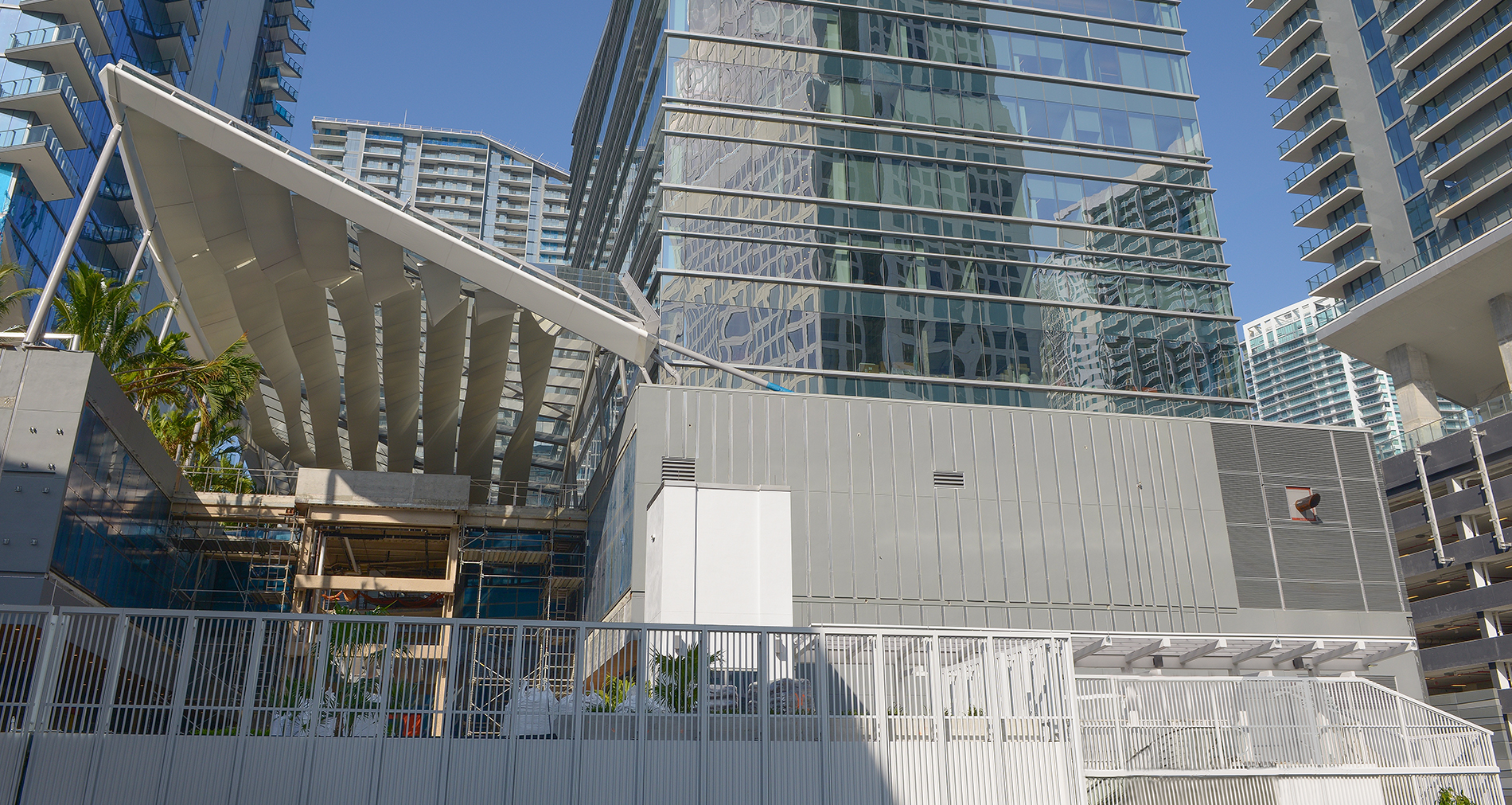 There are high hopes for the 5.4 million-square-foot City Centre as a catalyst for a new level of urban living and sophistication in downtown Miami. The $1.05 billion mixed-use project developed by Swire Properties is located in the center of the Brickell financial and international trade district, and for the last several years, it has been the downtown area’s largest project under construction.

The overall scope of Brickell City Centre is impressive:

• 780 condominiums in two towers – Reach and Rise – set for completion in April. Reach is 88 percent sold; Rise is 40 percent sold.

• 263 hotel rooms and 89 serviced apartments in the EAST, Miami hotel – accepting reservations May 9

The towers are meant to connect with Miami’s key transportation nodes, as Swire Properties is incorporating and upgrading the Eighth Street Metromover stop to exit directly into the project’s third floor for easy and convenient access.

The towers will also have direct access to Brickell City Centre’s 70,000 square feet of international restaurants, cafes and entertainment options. Adjacent to the EAST, Miami hotel, office tenants will have special access to the hotel’s large-scale conference facilities, which will have stunning views of the city’s skyline, as well as its rooftop bar, Sugar, and renowned Uruguayan restaurant, Quinto La Huella.

The Akerman Cafe has views of the Miami River

Both towers are LEED Gold pre-certified and feature state-of-the-art infrastructure and five levels of above- and below-ground garage parking. The buildings’ floors are virtually column-free, which allows tenants numerous ways to customize workspaces. Their offices have nearly floor-to-ceiling glass windows and 10-foot-high walls. Two Brickell City Centre also features a private covered terrace for businesses looking for outdoor spaces to complement their offices.

Both office buildings are part of the few connected to NAP of the Americas, Miami’s flagship data center facility that acts as a key connectivity hub for Latin America and the southeastern U.S. via a massive network of underground fibers.

Brickell City Centre at a Glance

• 9.1 acres along South Miami Avenue between Eighth and Sixth streets

• 5.4 million square feet of office, residential, hotel, retail and entertainment space, in addition to a two-level underground parking garage that spans seven acres below the property

• Approximately 1,700 construction jobs on average per year for four years

• $5.4 million in ad valorem taxes for the city of Miami

• $6.1 million in permit and impact fees for the city of Miami