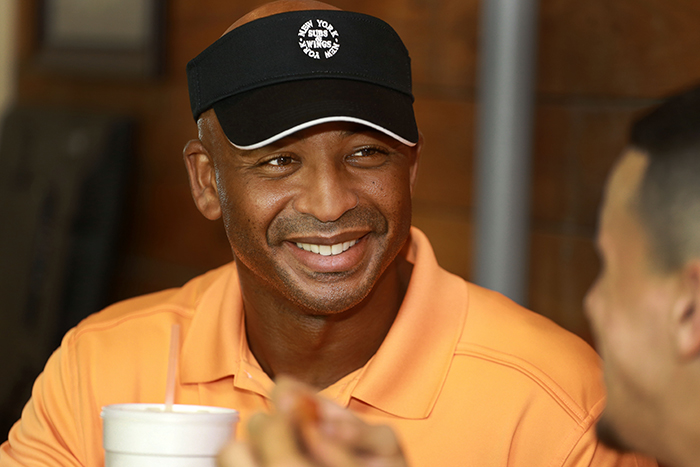 Many of us dream about the life-changing possibility of winning the lottery. But Coral Springs resident Miguel Pilgram found out what can happen when that dream comes true. In 2010, he won a one-time payout of $19 million in the Florida Lottery. While many imagine the pleasures of a lifetime – nothing but vacation, mansions and unlimited first-class world travel – the reality for many is less stardust and more, well, dust. According to The New York Times, most lottery winners – some 90 percent – blow through their fortune in less than five years.

Not Pilgram. Bolstered by his winnings from the lucky numbers 15-16-20-32-45-50, he forsook delusions of splendor for a more altruistic vision. The fifth-generation Navy veteran chose instead to improve the quality of life for his family and community.

Pilgram resigned as second-in-charge of global security for Norwegian Cruise Lines, a position he held for nearly 10 years, to begin formulating Pilgram Group. After founding the real estate development business, Pilgram, now 46, immediately invested his fortune in Broward County, buying dilapidated commercial and multifamily properties, setting out to make them useful to the community and reinvigorating areas that had become fallow from blight and neglect. To date, the company owns more than 30 properties in Fort Lauderdale and other areas of Broward County. Pilgram expects the revenue to exceed seven figures this year, based on the numbers from the last three years.

Earlier this year, Pilgram ventured into the restaurant industry by opening New York Subs and Wings in Oakland Park. It’s more than just about making profits, though. Pilgram’s mission includes mentoring disadvantaged youth and investing in the community by employing and providing opportunities to young adults, especially minorities, in surrounding areas. “New York Subs and Wings is really an enjoyable endeavor and just one aspect of the Pilgram Group,” Pilgram says. “One of our primary goals is to invest in the community. We recognize that these kids need opportunities to better themselves, not only through employment, but also through education, which is why we want to make it our mission to empower the youth that pass through our doors.”

Pilgram personally mentors these up-and-comers, and guarantees textbook stipends to full-time employees who are enrolled in college and making satisfactory progress toward a degree. Through Random Acts of Kindness, Pilgram also paid the tuition for a young stranger who attends Bethune-Cookman University.

Pilgram, who has the title executive director for his business, plans to open a second New York Subs and Wings in 2016 at Fort Lauderdale’s Flagler Courthouse Station, an approximately 6,500-square-foot plaza at
100 SW Sixth Street, next to the Publix and a block west of the county courthouse that’s under construction. He envisions tenants such as financial institutions, law offices, restaurants, grab-and-go snack shops and nail salons. There’s already a New York Subs and Wings food truck operating at the location. “With limited lunchtime options for working professionals and residents in the downtown area surrounding the Broward County Courthouse, we saw a huge opportunity to fulfill the need right away,” Pilgram says.

When he’s not building up communities and their families through bricks-and-mortar initiatives, Pilgram is contributing philanthropically through donations and volunteer efforts for nonprofits, including the Rebuilding Broward Veteran’s Housing Initiative and the Boys and Girls Clubs of Broward County, as well as Mission United of the United Way of Broward County and the Zonta Club and Gilda’s Club of Broward County, both of which he has also served as a mentor.

Pilgram has also spent numerous hours serving as a Greater Fort Lauderdale Chamber of Commerce member and trustee. He has been on the board of the Delray Full Service Center, researching, implementing and paying for a new campus-wide key card system. He has spent more than 40 hours mentoring students at the school, where he has treated each semester of graduating students to T-shirts and pizza.

The Pilgram Group plans to repeat as title sponsor of the Riverwalk Burger Battle, which raises funds to support Riverwalk Fort Lauderdale’s mission of building and nurturing a vibrant community.

With all his community efforts, it’s not surprising that fixing up buildings is more than just a business opportunity. Pilgram says, “We work tirelessly on renovating them to strengthen our communities here in South Florida and bring people together.” ?