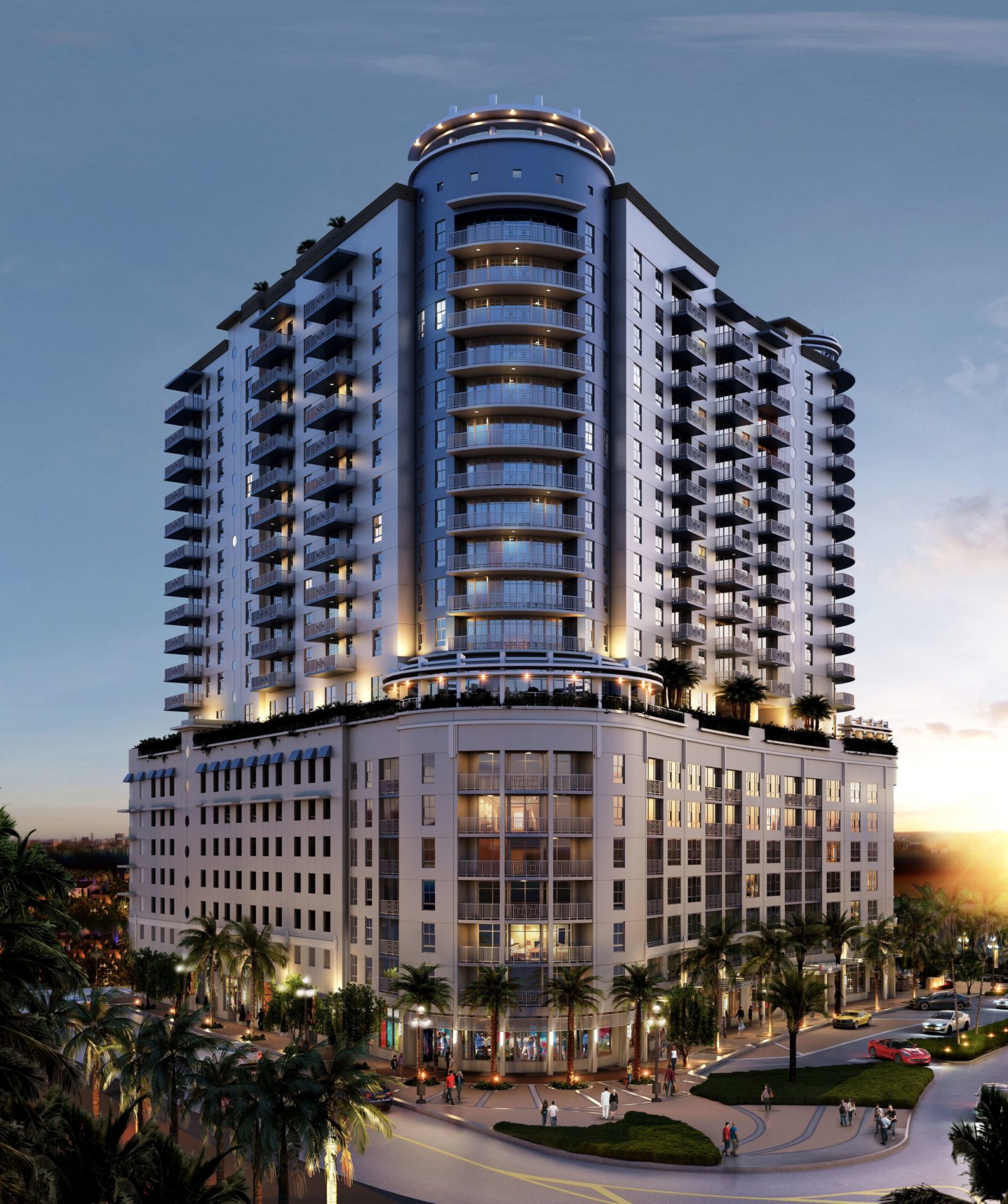 A mixed-use development in Hollywood is getting closer to completion.

Located on Hollywood Boulevard and Young Circle (the site of the former Great Southern Hotel), Block 40 will stand at 19 stories and feature 273 residential units, split into two components: one with 103 “fully furnished studio and one-bedroom apartments for short- and medium-term stays” and one with 170 luxury rentals, including two penthouses. Designed by Adache Group Architects, the project also includes 22,000 square feet of retail, restaurant and office space.

Besides the amenities, residents and visitors to Block 40 will enjoy the best of Hollywood as it’s minutes from Hollywood Beach Broadwalk, ArtsPark at Young Circle and shops and restaurants.

“There continues to be tremendous demand for luxury apartments throughout South Florida, especially in Downtown Hollywood,” Abele said. “We’re proud to be an integral part of the area’s remarkable revitalization.”

The project is being built by Kast Construction and is scheduled for topping off this month and is expected to be completed this year.

For retail, office and restaurant listing, contact Howard Lefkowitz at 954.540.9777.