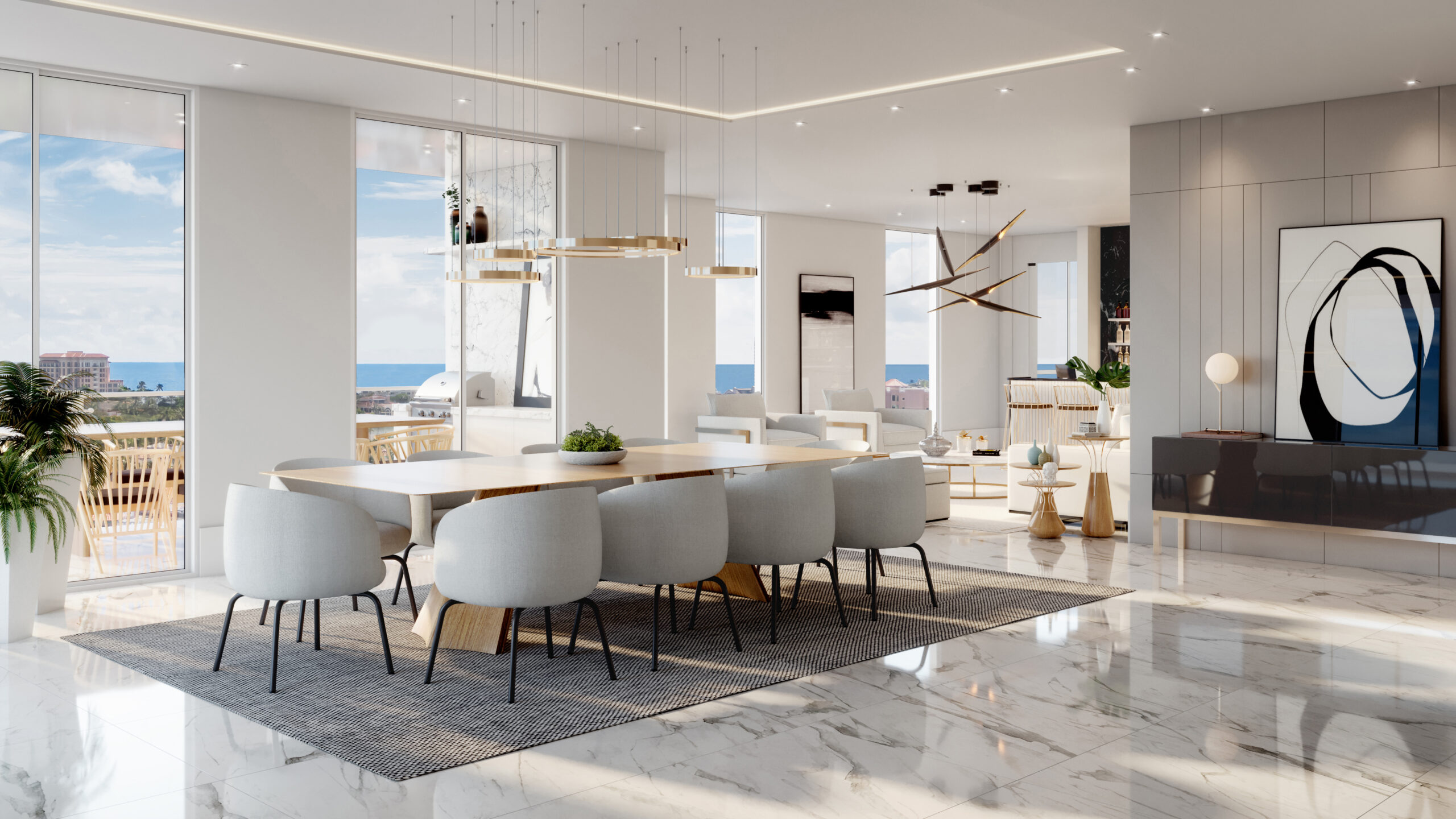 The buyer of the $7.9 million unit will also receive 25 private jet air hours

Hoping to set itself apart in the luxury condo market that continues to generate high interest, an extravagant penthouse at Royal Palm Residences in Boca Raton comes with perks rarely included in a real estate transaction. The seller will provide a 25-hour VIP private plane service with NetJets, membership initiation to a prestigious club in Boca Raton and a 10-year One-on-One concierge membership.

“After spending so much time indoors, many buyers have realized they don’t want basic living; people want to be wowed by their homes,” says Todd Richardson, Vice president of Sales at Group P6. “The Sunset Palace has the space of a single-family home while being surrounded by luxury amenities and all Downtown Boca Raton has to offer. It is the best of both worlds.”

Other amenities include an expansive wellness plaza with a state-of-the-art fitness center, boutique pool with a heated spa and a club room with a European kitchen and bar.

Royal Palm Residences is a nine-story, 48-residence condominium located at Fifth Avenue and East Royal Palm Road, where the city meets the sea. It offers three to five-bedroom residences starting at $1.75 million and is expected to be completed in 2022.