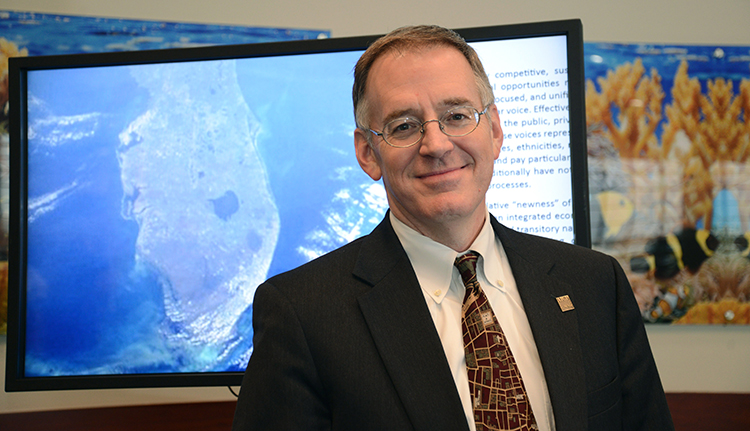 South Florida is becoming the victim of its own success when it comes to traffic.

Miami last year went from 11th to 7th in TomTom’s ranking of the most congested cities in the United States. That’s probably of little surprise to anyone who has experienced frustrating rush hour delays, whether it’s downtown gridlock or bumper-to-bumper traffic on I-95.

If nothing is done, the problem will keep getting worse with 110,000 more residents and millions of visitors coming in the next two years alone. Fortunately, there’s money to be saved and money to be earned by emphasizing transit-oriented development (TOD), according to a panel and speakers recently assembled by the Greater Miami Chamber of Commerce.

Some of the solutions may initially seem counterintuitive, but here are 10 key takeaways:

Emphasizing TOD under a Region in Motion scenario would cost $24 billion in infrastructure for the seven counties along the Southeastern Florida Coast, according to a 50-year report discussed by speaker Victor Dover, principal-in-charge of Dover, Kohl & Partners, a prominent urban planning firm in South Florida.

While $24 billion seems like a lot, the cost would be $38.1 billion – yes, another $14 billion – if an expansion of suburbia was pursued. (Building more roads isn’t so cheap, after all.)

Plodding along the current path could be $31.3 million, which is still $7.3 billion more than Region in Motion, says the seven50 report. Moreover, there’s an additional cost for consumers.

Given the affordability of mass transit vs. owning one or more cars, the percentage of income spent on housing and transportation would be 43 percent under the Region in Motion scenario, while it would be 60 percent if we stayed the course.

One looming flashpoint on sprawl vs. emphasizing mass transit: Expanding the Palmetto Expressway further south along Krome Avenue. Advocates say it’s needed for commuters, but opponents say it will just feed a new cycle of sprawl and highway congestion.

Property owners along Flagler Street in Miami with its array of mass transit and Miracle Mile in Coral Gables, which is known for its successful trolley, may find the cost of upcoming streetscape improvements well worth the effort, based on the Hometown Plan for South Miami.

Dover, who played a key role in developing the South Miami plan, said the area had boarded up storefronts in the 1990s and rents were $6 a square foot.

An improved streetscape and orientation around the South Miami Metrorail station has seen rents go from $45 to $60, Dover says. “All they did was fix the street and lift some prohibitions. They had a prohibition on outdoor dining if you can believe that.”

Many political leaders and their constituents are still struggling with the need for density in urban developments.

“A lot of municipalities want transit when they think it’s a “Petticoat Junction,” but when you say it has to be 75 units per acre with no requirements for parking they say, “Never mind,�” said panelist Andrew Frey, development manager for CC Residential.

The reality is that density is inevitable since South Florida is running out of raw land as development bumps up against the Everglades. As developer Jorge Pérez has argued, the only solution is density. Moreover, density and mass transit go hand in hand – imagine New York without the subway.

Panelist John Guitar, a Senior VP with All Aboard Florida, said connectivity was vital when concepts for the high-speed rail service were being conceptualized.

At the northern end, All Aboard will connect to the SunRail commuter system at Orlando International Airport. The southern end will connect to Metrorail and Metromover at the government center. The planned Wave Trolley in Fort Lauderdale would connect with the All Aboard station there.

Guitar likes the idea of Tri-Rail connecting to All Aboard Florida as well and also talked about the importance of bike sharing, shared car services such as EZ car and ride services such as Uber.

“It’s absolutely critical to find all those connection points,” Guitar says. The connections also need to be easy to navigate and incorporated into station design.

5. Past visions have fallen short

Way back in 1975, Miami-Dade County’s comprehensive plan classified 51 different urban centers as having transit-oriented development potential, said panelist Bruno A. Barreiro, district 5 commissioner for Miami-Dade County. Barreiro said only the development near the Metrorail terminus in Kendall and the Miami Intermodal Center have really lived up to its potential.

One reason is because developers follow zoning rules. The stops along the northern stretch of Metrorail are a wasteland of zoning, but there are opportunities for redevelopment, Frey said. Stations going south are underutilized as well.

Building parking garages is like the Field of Dreams – if you build it, the cars will come and add to congestion. Alice N. Bravo, Miami’s deputy city manger/chief of infrastructure, says every time there is a new building with 500 parking spaces, it’s a magnet for 500 cars to come downtown.

One possible solution is a system of vouchers to fund parking garages on the periphery of the urban core. That would be accompanied by creating a grid of trolleys spaced three blocks apart.

Under the Miami 21 code, there is a 30 percent reduction in parking requirements in transit corridor areas, which includes high-frequency bus routes. Frey says there’s talk about taking that to a 50 percent reduction.

In October, the Miami City commission voted to tell the Planning and Zoning Board that it should consider abolishing parking requirements for properties that are under 10,000 square feet and within a quarter mile of a designated transit corridor.

7. Impact fees go who knows where

Barreiro said impact fees go into county coffers and don’t necessarily get spent anywhere near the sites that generate them. He would like to see the money spent in closer proximity.

With a spate of construction along the coastal urban corridor, that could lead to more spending on infrastructure in eastern areas.

Unfortunately, Miami-Dade has a roadway impact fee rather than a broader designation that embraces mass transit. Broward County has a mobility impact fee that can be used more broadly, Frey noted. “It’s shocking that Dade County – the more urbanized county – is collecting a road impact fee while Broward is not.”

The lack of organized leadership around transit issues was another hot point of discussion.

James E. McDonald, a Pinecrest village council member sitting in the audience, said the Metropolitan Planning Organization should be taking a leadership role, but hasn’t.

Former Miami Mayor Maurice Ferre, who represents the Miami-Dade Expressway Authority on the MPO board, said there’s a reason the MPO lacks leadership: It’s controlled by the county commission and the attitude is, “What’s in it for my district?”

He added, “With all due respect, it’s a disaster.”

As the Tri-Rail commuter line designs its station, the high-speed All Aboard service has this in mind as it builds capacity into its stations, Guitar said. That would not only help feed passengers to All Aboard, but also help increase property values for All Aboard and property owners near stations.

A key factor to help fund the Tri-Rail Coastal Service along the All Aboard/Florida East Coast Railway right of away is getting developments at stops to help pay for the stations. The developments are a major potential game changer since they could allow residents in less expensive areas like Little River in Miami-Dade County, Oakland Park in Broward County and Boynton Beach in Palm Beach to easily commute to downtown employment centers.

Once they step off a bus, trolley or train, riders need to arrive at a welcoming place rather than an isolated stop.

Walking and biking can be key ways to get to that final destination. Dover said he cringes when he hears walking and biking described as alternative modes of transportation – after all, walking is the original mode of movement.

The problem goes back to the 1939 World’s Fair Futurama, which envisioned that by 1960 everyone would drive everywhere for everything, Dover said.

“That way of thinking infected all the professions,” he said, ranging from engineering, finance and real estate to architecture and city planning.

While TOD is the current buzzy acronym, there’s an old fashioned-term to describe what’s needed Dover says – Just call it a neighborhood. ?