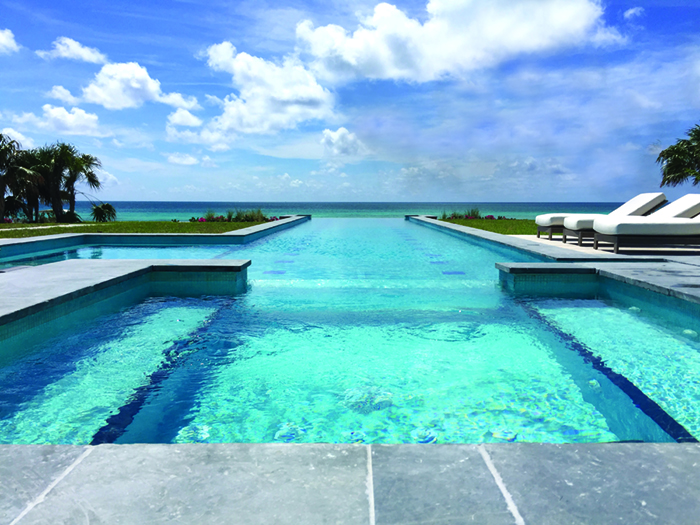 Ernest Hemingway brought fame to Bimini as an ideal spot for deep-sea fishing, but he would hardly recognize parts of the island these days.

He would still find incredible fishing, bars and fresh conch salad, but the northern tip of Bimini is in the midst of a total transformation.

The key driving force is RAV Bahamas, a subsidiary of Miami’s Capo Group, which built the $850 million Bimini Bay project. RAV attracted Genting Group as a partner, so Bimini Bay is now managed by Genting’s Resorts World Bimini. It includes beachfront condominiums, villas, a 325-room Hilton hotel, a casino and a 280-slip marina that’s called the largest in the Bahamas.

RAV’s current venture is Rockwell Island. It offers homes with ocean views in the front and room for 80- to 120-foot docks in back on the bay. Rockwell Island will include an 18-hole golf course with even-larger homes, a boutique hotel and a nature preserve, says President Rafael Reyes.

The scope of RAV’s operations are much broader than you would find at a typical developer.

RAV’s crews dredge and use the fill to create new land or raise the elevation of existing land. They handle all the road and utility infrastructure: water, sewer, high-voltage power lines, fiber optics and more. RAV also makes concrete blocks, pavers and roof trusses on the island. That’s a major plus, given cost of shipping materials to Bimini.

Reyes says he studied classic coastal architecture and sketched out the styles for the development’s Balinese, Feng Shui, Moorish, Palladian and Plantation models.

The designs have all the master bedrooms on the second floors facing the ocean. “You can’t escape an ocean view on Rockwell Island,” Reyes says, although there are also plenty of views of the bay, too.

A diamond in the rough

Reyes’ father-in-law, developer Gerardo Capo, didn’t know things would be so complex when he visited the island in 1995 on a fishing trip with his cousin.

Capo really wasn’t into fishing, so he did what any developer loves to do – look at land, Reyes says. He found a parcel on Bimini and fell in love with it. He had to painstakingly find the owner, which was a bank in Austria.

Capo thought he got a bargain on a relatively small parcel. Instead, the survey showed 750 acres with five miles of pristine shoreline, Reyes says.

“He thinks he has made best deal in the world until he started developing the property,” Reyes says. After considering all of the necessary costs – such as contractors asking $7 million to dredge a channel in the bay – RAV chose the DIY route.

A turning point was the launch of sales at the Miami International Boat Show in 2003, when 38 units were sold.

“People were giving us checks one after another. People love the island life and are ready to overcome obstacles,” Reyes says.

Genting was interested in the project as early as 1997 because the company’s chairman at the time had a long-standing interest in Bimini, but the Resorts World partnership didn’t happen until 2010.

The new Hilton, with its array of restaurants and a spa, has been a big selling point for Rockwell Island, Reyes says.

Reyes expects a resumption of fast-ferry service to the island after a previous service was underused.

Reyes, who lives with his family in a home near the Hilton, is enthusiastic about Rockwell Island.

“I knew this was a marketable property because I have sold land here. A lot of developers see negatives, such as having to go via seaplane,” Reyes says.

Reyes says he was practically raised on the island. His father, also named Rafael, an executive with Southern Wine & Spirits, had been sponsoring fishing trips to the island since his son was 9.

“I am close to the locals and have much admiration for the family values and idiosyncrasies of the island,” Reyes says.

Rockwell Island is an enclave with its own security gate, flanked by two ponds on either side.

Its first phase has more than 100 residences with almost an acre of land, said listing agent Maria Padilla of Keller Williams Realty in Coral Gables.

About 25 percent of the buyers are coming from South Florida, Reyes says. Others have come from Mexico, Venezuela, Brazil, Ecuador, Malaysia and Russia.

Proximity to South Florida has been a key selling point, Reyes says. Bimini is only 40 nautical miles from the mouth of Government Cut at Port Miami. “It’s great to leave work a little early on Friday on your boat and be here in an hour and a half,” Reyes says. Flights from South Florida take about 20 minutes.

A row of 15 houses was either shelled in or nearing completion during a late summer visit by SFBW. One was fully complete. Infrastructure crews were nearly finished on the first phase and Reyes was ready to move them further along the island. Ultimately, plans call for a boutique, spa-style hotel with 24 bungalows, 400 condo-hotel units and 63 estate homes along the golf course, which was developed by P.B. Dye, of the famed course-design family.

Plans also call for an eco park, and Reyes envisions zip lines that take visitors into the canopy.

Despite all the existing and future amenities, the big draw for many buyers is having their families together in an otherwise-hectic world.

“It gets to the point where people want to step back and go to an island setting,” Reyes says. “Everything is a little slower here.” ↵