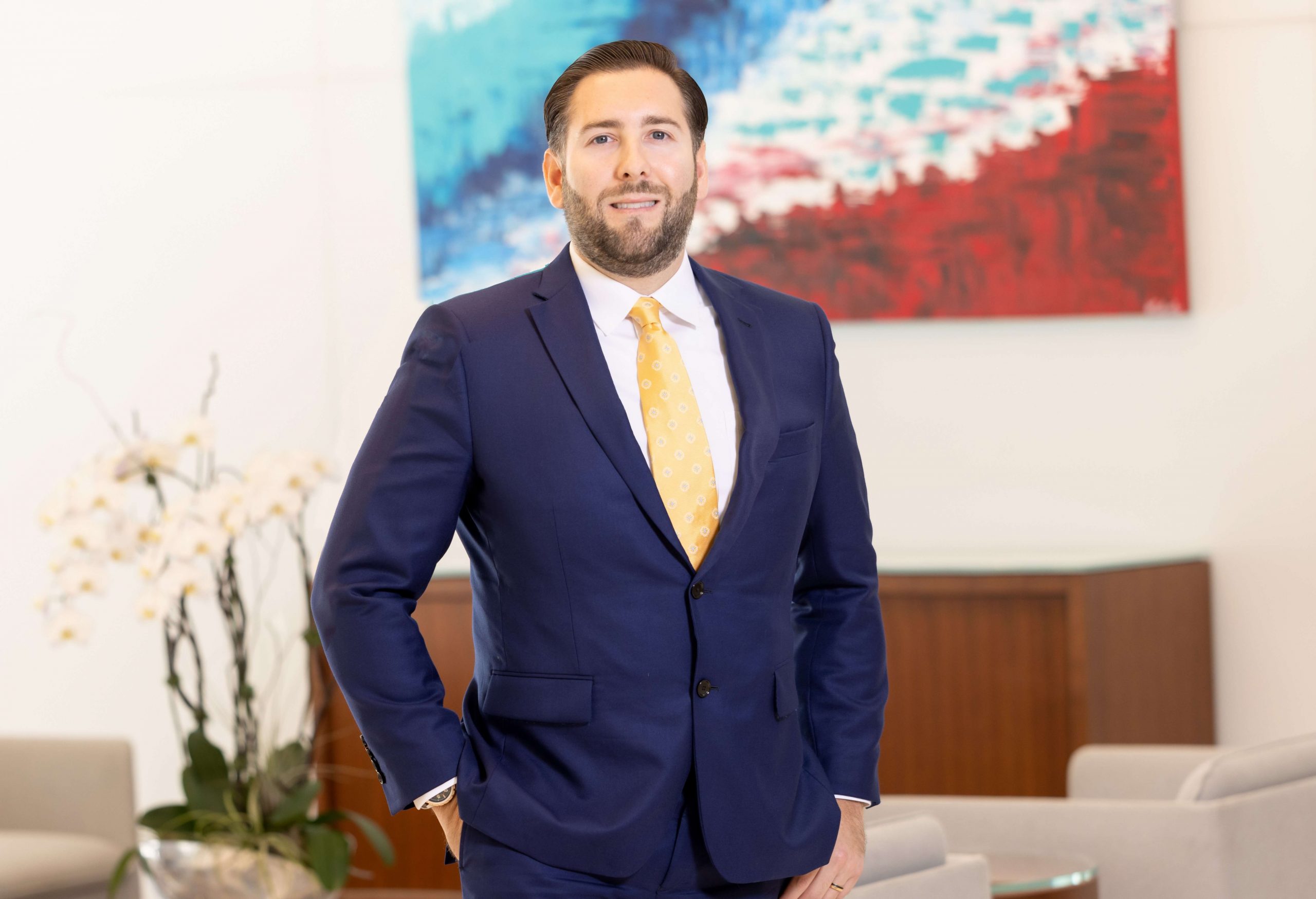 “Not to sound too gloomy,” says Michael J. Unger, “but the pandemic has completely changed the way we view life.” The high-energy executive, an assistant vice president and investment officer with the Coral Gables Trust Co., is not at all the doom-and-gloom type. But the stresses of the past two years, he notes, have brought into sharp relief the need for smart financial planning, especially for the younger generation—which is to say, his own.

Having just started his term as the new president of the Financial Planning Association of Miami, where he hopes to share best practices across the region, educating the community “so that ultimately we can all become better planners,” Unger might be just the right man for the moment.

After graduating from the University of Miami, the Detroit native, 33, spent a few years in Chicago, getting some big-firm and trading floor experience. He returned to South Florida in 2014, opening his own boutique shop, and joined the Coral Gables firm three years ago.

That was a timely move, as well: This past November, the company, which describes itself as “the largest independent and privately held trust company headquartered in South Florida,” announced that it had surpassed $2 billion in assets under management—an especially remarkable milestone, given that the leap from $1 billion took the past four years.

“We pride ourselves in finding managers who are able to outperform in the down periods,” Unger notes. “As the economy normalizes and the environment becomes better, the compounding effects of that will ultimately get clients back on the right path.”

There are, of course, plenty of tempting ways to go astray—among them, the shiny scourge of so-called “meme stocks,” whose startling trading volumes, Unger observes, result from “social media buzz, rather than from underlying performance. With younger generations turning to social media platforms for investment advice, meme stocks such as GameStop and AMC Entertainment have received enormous amounts of attention and the fear of missing out has fueled a hyper price environment. Unfortunately, while this activity for some can be very profitable, historically these instances of collective mania have ended in loss and pain. Short squeezes have been around since the early days.”

Still, the present day’s ease of access to financial information, coupled with the pandemic’s profound impacts, has had upsides. Millennials like himself, Unger says, are contacting the firm in unprecedented numbers to look not just into wills and estate planning, but also trusts. Financial security in the event of unforeseen events is becoming a much more common consideration, even for pets.

“There’s a huge behavioral finance component to it all,” he says. “And that’s really what our job is, as advisers—coaching clients through decisions.”