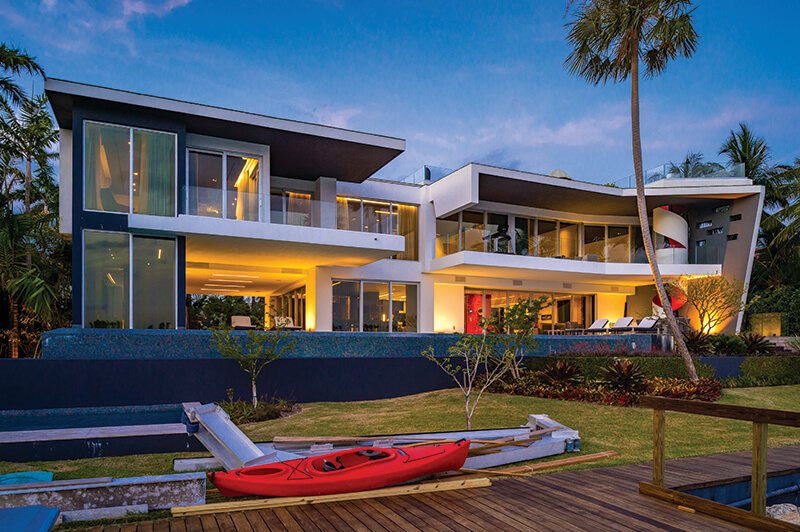 Fast Money, Harvard researcher’s analysis of Miami has some leaks

Miami is the poster child for climate gentrification in an article by Fast Company.

The article talks about the climate gentrification theory coined by Jesse Keenan, of Harvard, and a recent study that investigated the phenomenon. The theory generally makes sense: Land that is subject to flooding will drop in value while land on higher ground will gain in value. Rich folks can better afford the costs of mitigation and rising insurance, but the less wealthy will be priced out.

The article contains one questionable sentence in reference to Miami: “The coastal city is seeing property values on high-elevation lands skyrocket, while once pricey waterfront property values are diminishing.”

The evidence is that land prices are rising in Little Haiti, which is about a mile from the beach and dropping in some areas closer to the coast.

In my view, though, there is a glaring lack of understanding of the dynamics in the local real estate markett. Little Haiti is starting to show the same signs of gentrification as the Design District and Wynwood have in past years. There have been numerous stories about what the next hot market is in Miami given the rising prices in the Design District and Wynwood. Little Haiti, Little River and Allapattah are what the experts point to as the next hot spots.

For example, the artists and restaurateurs who may have made the Design District and Wynwood popular in the first place get priced out of those neighborhoods. That’s why areas like Little Haiti, Little River and Allapattah are going up in value. Investors want to get in on the ground floor of the next big thing.

As for values going down in coastal areas, it gets a little bit complex. A Trulia.com market trends page for Miami Beach shows an overall drop of 7 percent, which would seem to back Fast Company’s assertion. Dive deeper, though, and you see that there’s a lot of variation. One bedroom units have actually increased 2.7 percent in value and three bedroom units are up 33.3 percent. Two bedrooms are down 13.8 percent. Four bedrooms are down 13.2 percent.

In Little Haiti, there was an increase of $18,500 (8%) in median home sales over the past year, but there was a 69.4 percent drop in one bedroom units and a 71.1 percent increase in two-bedroom units. I don’t know how to make sense of that, but the average price per square foot for this same period fell to $200, down from $201. That’s flat, just like Miami Beach.

A more likely explanation than fear of rising seas for any drop in areas like Miami Beach is that there’s been a bubble in the luxury market. The Real Deal used Condo Vulture data in February to report that Miami-Dade has four years of luxury condo inventory, not including the glut of preconstruction condos being marketed. Interest rates are rising as well, which puts further downward pressure on prices.

However, there is a key sentence in the study that adds a whole different twist: “Single-family homes were selected to the exclusion of condominium and cooperative properties because these properties are arguably less sensitive to the nuisance and risk of loss from intermediate flooding because of their varied base floor elevations and insurance structures.”

OK, I might be tempted to buy into that, but the study is about how poor people and the working class will have to move from coastal areas because of the threat of flooding. In reality, though, poor people are already priced out of Miami Beach and those who live there largely live in multifamily buildings, which aren’t in the scope of the study.

Fast Company and the Harvard professors from the study may turn out to be right in the long run, but I’m skeptical about Miami as the poster child to prove the theory right away.