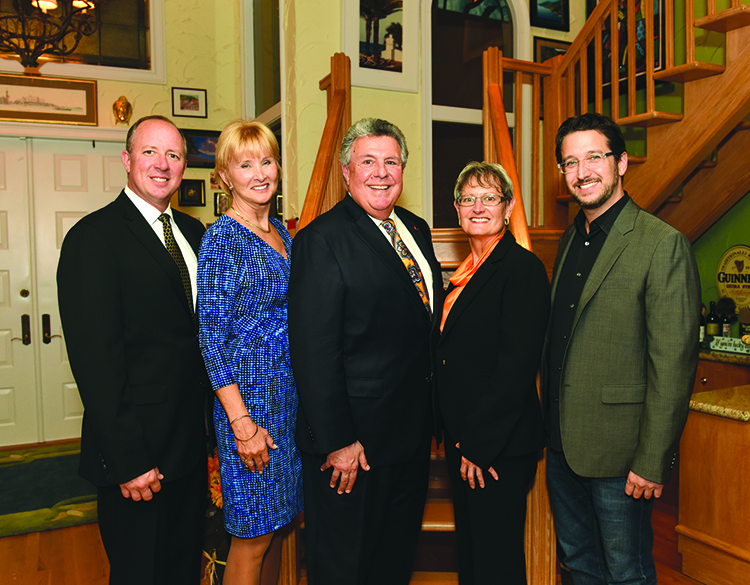 JA of South Florida adding four to Hall of Fame

A digital pioneer, a top community banker, a private equity leader and the longtime leader of a major hospital system will be honored by Junior Achievement of South Florida as its latest Hall of Fame Laureates.

The award is based on an individual’s record of achievement, excellence, vision, innovation, inspiration, leadership and community responsibility.

JA of South Florida offers age-appropriate curricula designed to teach elementary students about their roles as individuals, workers and consumers and to prepare middle school and high school students for key economic and workforce issues they will face.

JA programs reached over 48,000 Broward and south Palm Beach County students during the 2013-2014 school year. JA’s Biz Towns at its campus in Coconut Creek include replicas of businesses where students can learn and practice skills with the help of volunteers. ?

Here are this year’s honorees:

David Clarke, a Principal at PwC, is a leader in the firm’s Digital Services. Clarke joined PwC through the November 2013 acquisition of BGT, the award-winning digital consultancy he co-founded in 1996.

David was one of the first leaders to pair digital strategy with analytics. As CEO, he created BGT to deliver innovative, digital solutions to the world’s leading global brands. At the time of acquisition, BGT was one of the oldest and largest privately held digital agencies in the country.

David has written for national publications including Forbes, Forrester, and Advertising Age, and has received numerous local and national awards for his achievements. He was named a Top 25 National Digital Leader & Innovator by iMedia Connection.

HCG has developed over 3,000 apartments and condo units in Florida and Dallas. Its affiliate companies own and manage several warehouse, retail and office buildings throughout South Florida.  Hudson also took over Bimini Boatyard Bar & Grill in Fort Lauderdale in 2008.

Hudson was previously President and CEO of International Yacht Collection and a Vice President for environmental company Republic Services, Inc.

He is the past Chairman of the Humane Society of Broward County and a member of the Executive Committee for Broward Workshop.

Martin is president and CEO of American National Bank in Oakland Park and has over 30 years of banking experience.

The Commonwealth Institute named the bank one of the “Top 50 Women Led Businesses” in Florida in 2014. Martin is one of only nine female CEOs out of 213 Florida-based banks.

Sacco has served as the President and Chief Executive Officer of Memorial Healthcare System, since 1987.

Among his numerous accomplishments are past chairman of the Florida Hospital Association; past president of the Greater Hollywood Chamber of Commerce, chairman of the Governor’s Medicaid Reform Task Force, chairman of United Way of and Broward County Humanitarian of the Year by the American Red Cross.

Longtime non-profit and civic group leader Gale Butler is being honored with a Laureate’s Choice award by Junior Achievement of South Florida.

Butler recently retired as a vice president at AutoNation and is now Executive Director of Friends of Birch Park.

Butler has been an advocate for charities and civic improvement during her three decades as vice president at what is now known as Bank of America, Blockbuster and finally AutoNation.

Among her contributions have been serving on the boards of the Broward Alliance, United Way, Kids In Distress, and Take Stock In Children.

She was named the 2001 Downtowner of the Year by the Greater Fort Lauderdale Chamber’s Downtown Council, and a Woman of Substance and Style by the March of Dimes.