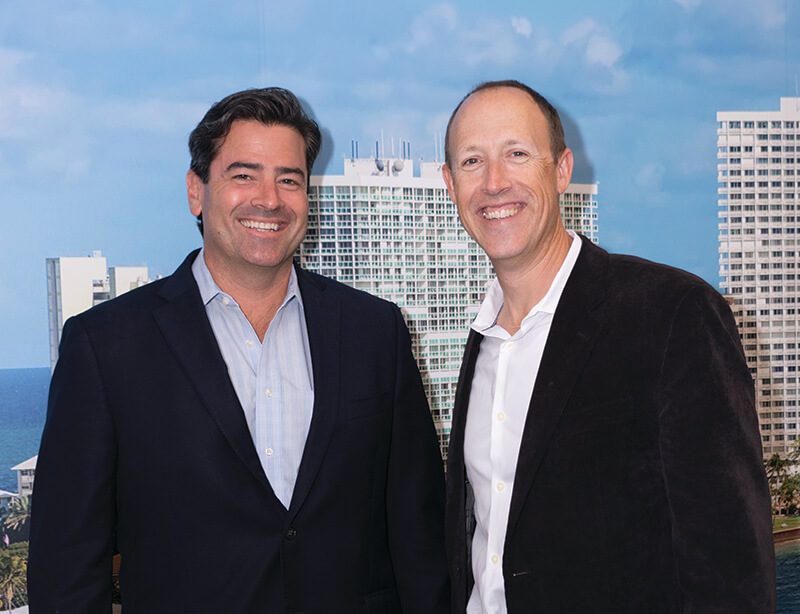 Gravity IT Resources has developed a new mousetrap for IT hiring managers frustrated with poor-quality candidates.

As explained by Gravity co-founder and CEO Rick Connolly, it starts with a database of 240 million working Americans that also encompasses LinkedIn, job ads and social media feeds. When a client has an opening, an algorithm analyzes the database and finds people who are likely to know the right candidate, based on factors such as salary level, necessary skills and years of experience.

An email then goes out explaining the opening and how the recipient looks like they might be in a position to refer good candidates. The recipient then passes along the information on the candidate who goes through a vetting process. The person making the referral can track the candidate in real time and gets paid via PayPal.

The referral payments, which are 10 percent of the placement fee, are above common practice, he says. A chart on the company’s website, gravityitresources.com, says someone referring a $100 an hour project manager, who gets a 52-week contract, can get a referral fee of $173 a month, totaling nearly $2,080 a year. Referring five candidates in various positions could result in $6,240 of referral fees for the year.

The referral rewards listed for some other staffing companies were a thank-you with no money, a free lunch and $500.

Emily Ashworth, a Gravity IT client who is the chief technology officer of ABB Optical in Coral Springs, says she was intrigued by the business model, which she called “a different spin on the same old thing.”

She confirmed that the compensation to referral sources is more generous than the bonuses usually given out. “It’s almost more of an equity play than more of the standard referral models,” she says.

She appreciates how Gravity IT has highly leveraged technology. For example, recruiters too often serve up the same candidates, but Gravity IT has presented résumés she hasn’t seen before.

Connolly and co-founder Stephen Dettor, the company’s chief operations officer, say the technology gives them more time to focus on ensuring candidates have the specific skills needed by a client.

Ashworth says some recruiters just throw something against the wall and see if it sticks, but Gravity IT representatives listen carefully to the details about the position and are “more deliberate and more thorough on the vetting than anyone else we deal with, bar none.”

She has received about five candidates from Gravity IT so far.

Founding Gravity IT in Fort Lauderdale is the culmination of a long-time friendship between Connolly and Dettor. They met as Wake Forest University freshmen in 1991 and were members of the Sigma Phi Epsilon fraternity. Even though they both were from Fort Lauderdale, they didn’t know each other before college. Connolly went to St. Thomas High School and Dettor went to Fort Lauderdale High.

After college, they were roommates for a short time and then Dettor went to the University of Pennsylvania and earned a Wharton MBA.

Connolly worked for Allegis, the world’s largest privately held staffing company for 20 years, finishing up as president of Stephen James, one of its operating companies. Dettor ended up being president of Fast-Dry Courts and 10-S Tennis Supply.

He remembered a trip to Key West, driving in a convertible BMW in 2007, when Connolly started pitching the idea of going into business together. Dettor started building a financial model, but the Great Recession disrupted their plans.

“We both had really good jobs. We didn’t want to ruin our marriages over this,” Connolly says.

They wanted to launch a business that would be disruptive in the crowded recruiting field. They realized that referrals are the top source of candidates. Connolly said they found statistics showing 94 percent of top performers were hired as the result of referrals and they are twice as likely to stay longer in their positions. Only 7 percent of candidates, though, are actually found this way.

“At the end of the day, it looked like a math problem,” Dettor says. “The question was how to get the referrals.”

Some of the Gravity IT Resources staff

Paying higher referral fees was part of the solution, but getting the technology to find referral sources looked daunting. They were faced with spending millions to get the technology. Fortunately, they found a software-as-a-service company that developed the technology for large companies that wanted to turbocharge their internal employee referral programs. It uses a live interface, artificial intelligence, algorithms and machine learning.

The system automates many typical tasks of a recruiter, which frees Gravity IT’s staff to spend more time vetting people for technical skills.

The company had 1,000 percent growth in its first year and expects to double every year for the next three to five years, Dettor says.

The company in April opened an office in Charlotte and in May hired five new employees. Gravity plans to open an office Northern Virginia. A second South Florida office is envisioned in Miami. ♦