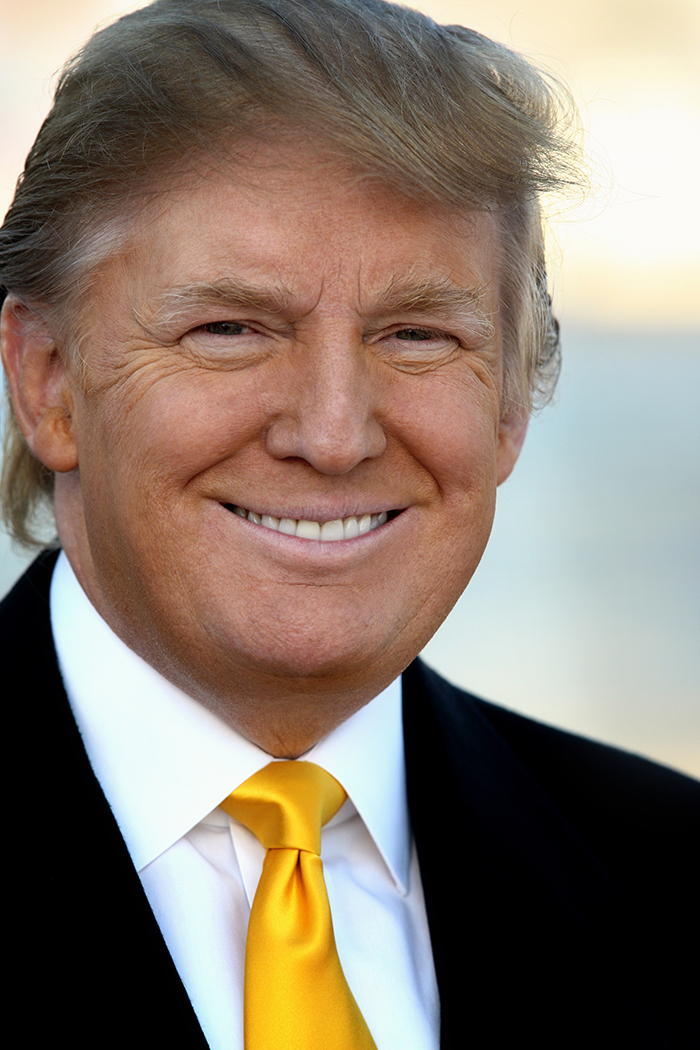 Donald Trump started his South Florida purchases with the Mar-A-Lago mansion, but has gone on to partner with major developers and become a major force in the region’s golf scene. Trump was asked by SFBW to answers some questions about his growing activity in the region, which he’s been familiar with since his early childhood.

What are your earliest memories of South Florida?

Golfing at the Doral. I went with my family. I loved it.

What was the first deal you did in South Florida?

Buying the Mar-a-Lago estate in Palm Beach. That was an amazing sale when you consider the value today. I didn’t think so much about the money though – it’s an incredible property all around, like a Venetian palazzo. You don’t see workmanship like that in too many places anywhere in the world. It can’t be matched. It was a great find.

You’ve had a long history of doing business in South Florida, so what’s your perspective on the current boom in the region compared with earlier ones – is there anything different this time around?

Trump National Doral is a big attraction now for the Miami area. It’s definitely a destination point in itself and Miami will profit from this. I’m certain that the buzz in South Florida will continue.

Some people suggest Miami has joined New York as the two hottest spots now in the U.S. What’s your take?

I agree – Number 1, with LA and Chicago being contenders. Miami is very beautiful and the weather is a definite plus.

There’s a concerted push in South Florida to get more businesses in the New York area to move their businesses here – with our lower tax rates, quality of life and growing sophistication as a region. How serious is this message being received in New York and do New York’s political leaders perceive a risk that companies will move?

I think they know it’s a serious consideration – there are a lot of benefits to being in South Florida. Time will tell what will happen – it’s hard to determine at this point.

How long do you see the current condo boom trending and what will the signs be that show things slowing down?

When sales go down is the most obvious indication. But I think there’s still room to boom.

What opportunity did you see in Doral?

It was a prime location with beautiful acreage. As a golfer as well as a developer, I didn’t like seeing it in a mediocre condition when so much more could be done with it. It was a challenge and I loved working on it and always will. Trump Doral has enhanced Doral and the city has been wonderful to work with on every level.

What were the key changes that needed to be made in Doral and are you pretty much done?

Renovation all around and the Blue Monster was a huge job. It turned out extremely well. We added suites and upgraded just about every inch of the 800 acres it encompasses. It deserved our full attention and it got it.

What news can we expect at the WGC-Cadillac Championship in March?

You can expect a fantastic time! Trump Doral is ready for the best golfers in the world, and I know they are excited, too. Be sure to come, you won’t regret it.

Tells us about your other golf properties in the region.

Trump International Golf Club in Palm Beach was my first golf course. It was quite an experience, many tons of earth had to be moved, gopher tortoises relocated, and trees rerouted, among a hundred other things. But, the result is spectacular. You have to see it to believe it. I also have Trump Jupiter, which is a wonderful course.

Tell us about the projects you’ve done with Michael and Gil Dezer and what’s next?

They are terrific to work with and they know the area well. Not sure what is next, but most likely there will be something. Two great guys.

You are actively involving your children in your projects. What advice do you have for our readers who are doing so?

Make sure they love what they’re doing, otherwise it won’t work. They have to be passionate about their work. I made sure my children truly wanted to be in this business.

Are you spending more time here and where are your favorite places to stay?

Yes, and I stay at Mar-a-Lago in Palm Beach and also at Trump Doral. Two fantastic places. Life is good in Florida! ?

Trump National Doral: The Trump Organization bought the 800-acre resort in 2012 and spent $250 million on renovations. Doral National is home to the famed Blue Monster golf course – site of the WGC Cadillac Championship from March 4-8  – plus the Red Tiger, Golden Palm and Silver Fox courses. Trump National also has a membership golf club.

Trump National Golf Course Jupiter: The 285-acre gated community has a course designed by Jack Nicklaus. The USGA has ranked it as the top course in South Florida – a fraction of a point over the Blue Monster.

The Mar-a-Lago Club: The 1927 Moorish style, 126-room Palm Beach mansion was the home of cereal heiress Marjorie Merriweather Post. Trump bought it in 1985 for $10 million and turned it into a club, but kept a private quarters.

Miss Universe: Paulina Vega of Colombia was crowned Miss Universe in January at Florida International University, but most of the pageant activities centered on Doral National.

Trump Hollywood: Trump collaborated with Jorge Pérez’s Related Group on this 41-story tower that has 200 residences and 240 feet of beachfront.

Trump Plaza: Trump bought the twin 32-story towers in downtown West Palm Beach for $40 million in 1986 and auctioned them off amid the real estate slump in 1991.

Trump International Hotel & Tower: Trump canceled his licensing agreement with developers before the project failed during the Great Recession. Some angry prospective buyers tried to argue that Trump’s role was overstated in promotional material, but Trump won the first two cases. The building is currently being marketed as Ocean Resort Residences, managed by Conrad Hotels & Resorts.