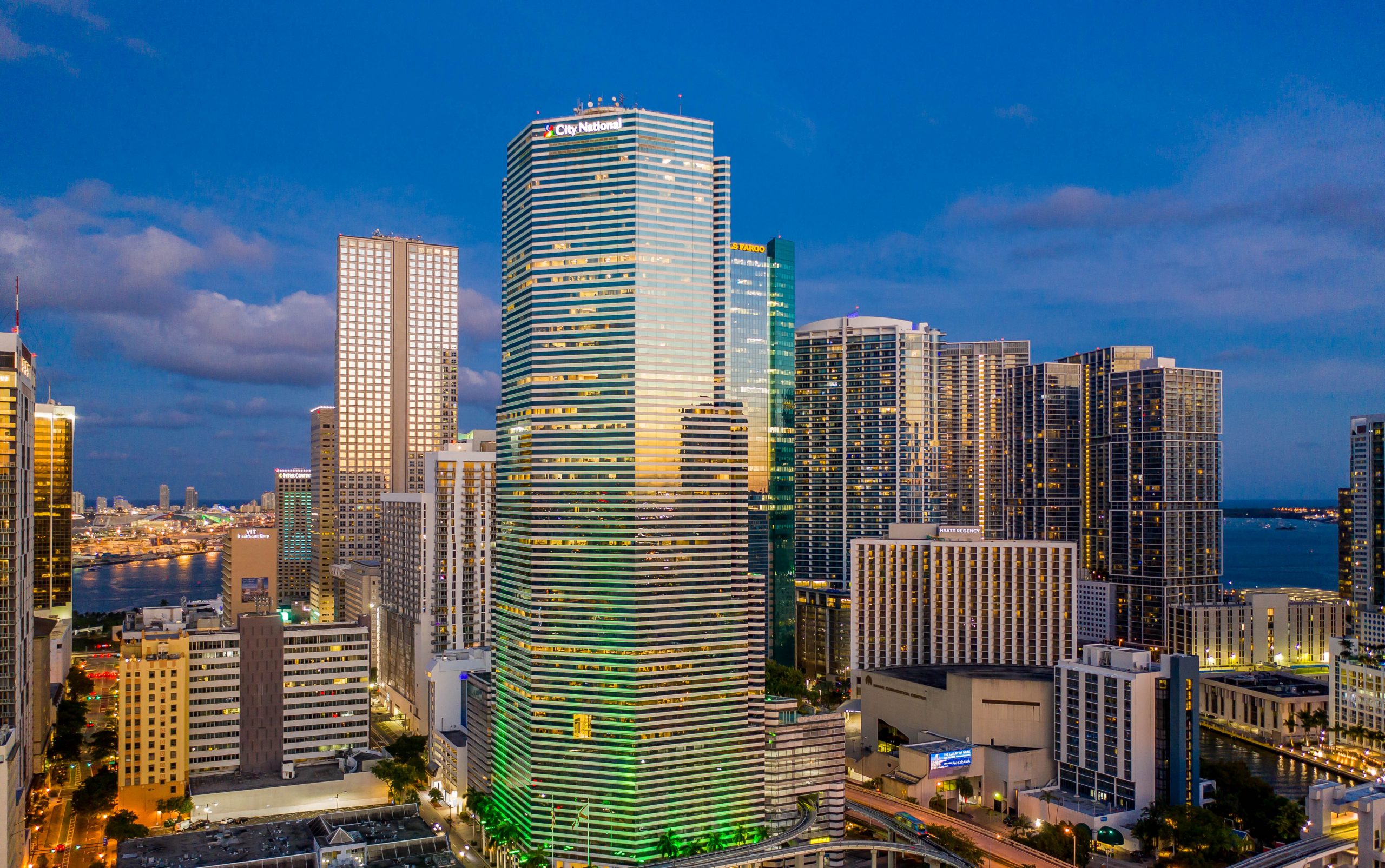 The company plans to launch a repositioning campaign for the 636,000-square-foot building

CP Group, the largest office landlord in Florida, recently acquired the Miami Tower, a 47-story, Class A office tower in the heart of Downtown Miami. The acquisition involved a joint venture with DRA Advisors in bringing CP Group’s Downtown Miami holdings to nearly 3 million square feet and over 4 million in Miami. Dominic Montazemi of Cushman & Wakefield represented the seller in the transaction.

“This trophy asset has been the centerpiece of the Miami Skyline for over 30 years,” Brett Reese says, who oversees acquisitions and investments for CP Group. “Our repositioning campaign will generate new value at this storied project, appealing to the major companies relocating their operations to Florida and the rest of the Southeast.”

Initially designed by I.M. Pei, the 636,000-square-foot office tower is one of the most recognizable properties in Miami, best known for its dramatic exterior glass tiers and elaborate LED light installations. Constructed in 1987 for CenTrust Bank, the property consists of 37 floors of office space with 10 floors of parking; street-level retail space; an 11th-floor Sky Lobby and event area spanning 13,100 square feet and a large exterior Sky Terrace.

“We have been tracking this asset for acquisition for a while and are thrilled to have an opportunity to execute our vision on this iconic structure,” Reese says. “Downtown Miami is primed for growth and Miami Tower has untapped potential, which we intend to actuate with creative asset management and best-in-class customer service.”

The office tower features an on-site Miami Metromover station, offering access to hundreds of restaurants, retail, and hotel options. It provides easy accessibility to I-95, is a five-minute drive to the Miami Brightline station, and a 10-minute drive to Miami International Airport.

The acquisition of Miami Tower marks CP Group’s third acquisition in 2022, after Las Olas Square in Fort Lauderdale and Bank of America Plaza in Atlanta. It also adds to its growing Downtown Miami portfolio, which expanded in 2021 with the acquisition of One Biscayne Tower and its recapitalization of Citigroup Center to bring its 2021 acquisitions to over five million square feet of Class A office buildings in five markets throughout the Southeast and Southwest United States.