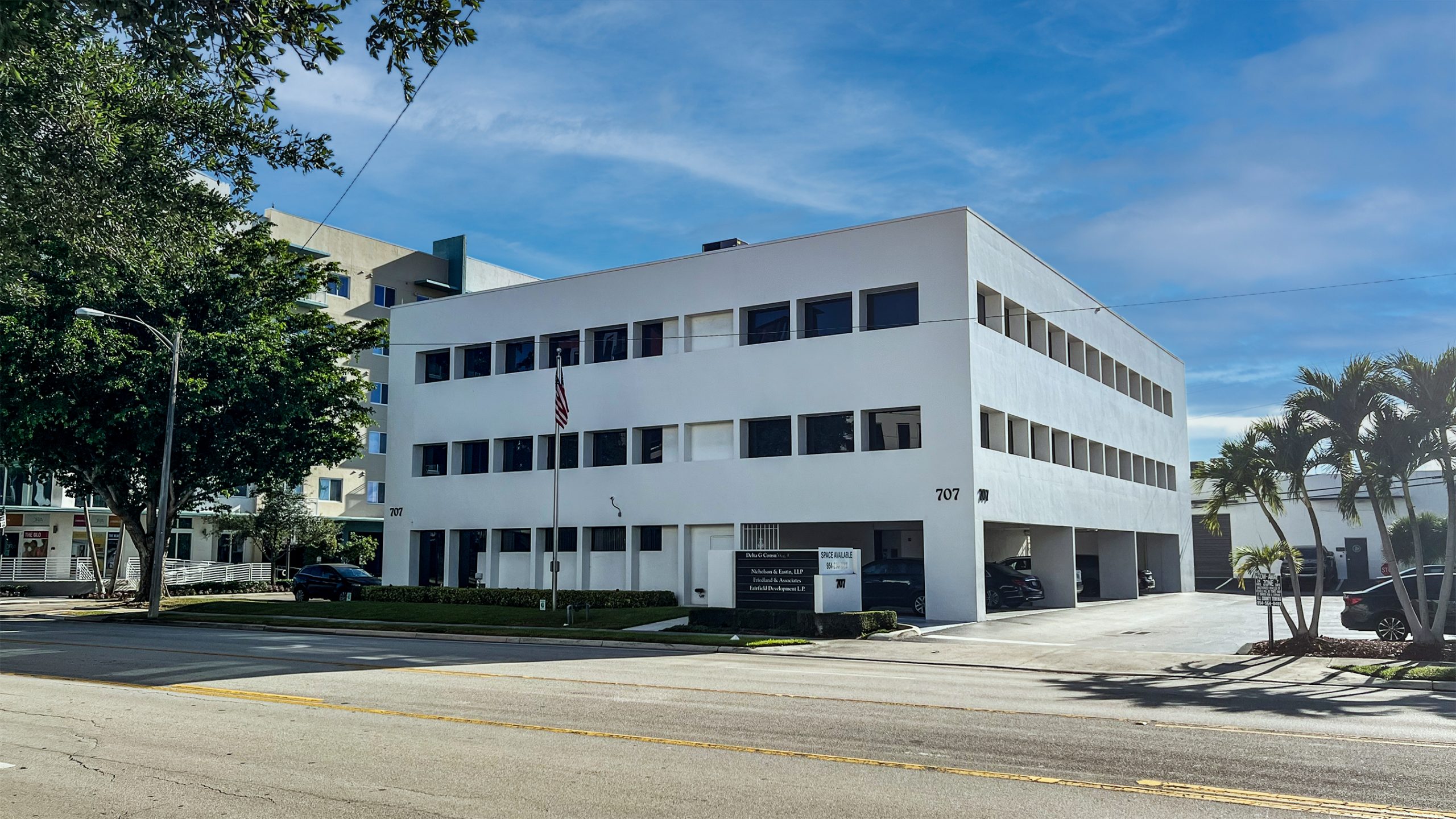 “With two off-market closings totaling $27.5 million, the past week has been a showcase for Native’s creative dealmaking abilities,” Sturgis says. “The buyer has been actively targeting opportunities in Flagler Village. We were able to identify a well-located office building that strengthens its footprint in the neighborhood.”

In January, Asana made its initial foray into Flagler Village by acquiring The Hive and Flagler Uptown retail and office buildings.

Sturgis HAS played a leading role in revitalizing and curating the mural adorned Hive and Flagler Uptown, which became Flagler Village’s signature buildings. He also helped broker the record-setting 2019 sale of the buildings to Tricera Capital, which sold to Asana three years later.

In May, Sturgis closed the $5.475 million off-market sale of a commercial real estate portfolio in Studio City. Developer Abby Laughlin, one of the visionaries behind Studio City’s evolution into a vibrant area with retail, dining, entertainment and artistic components, sold the portfolio to Queen Progress Investments Inc. The buyer was a group of Canadian investors making its first foray into the neighborhood.

In April, Sturgis represented both sides in the $7 million off-market sale of Fort Lauderdale’s Cordova Building. He secured a buyer and full-price offer within a week after being engaged by seller Southern Centers Associates I LP.

Native recently relocated its corporate headquarters to a new Fort Lauderdale office double the size of its previous headquarters. The 4,000-square-foot office is located in the Victoria Park neighborhood at 1926 E. Sunrise Blvd. in Fort Lauderdale.