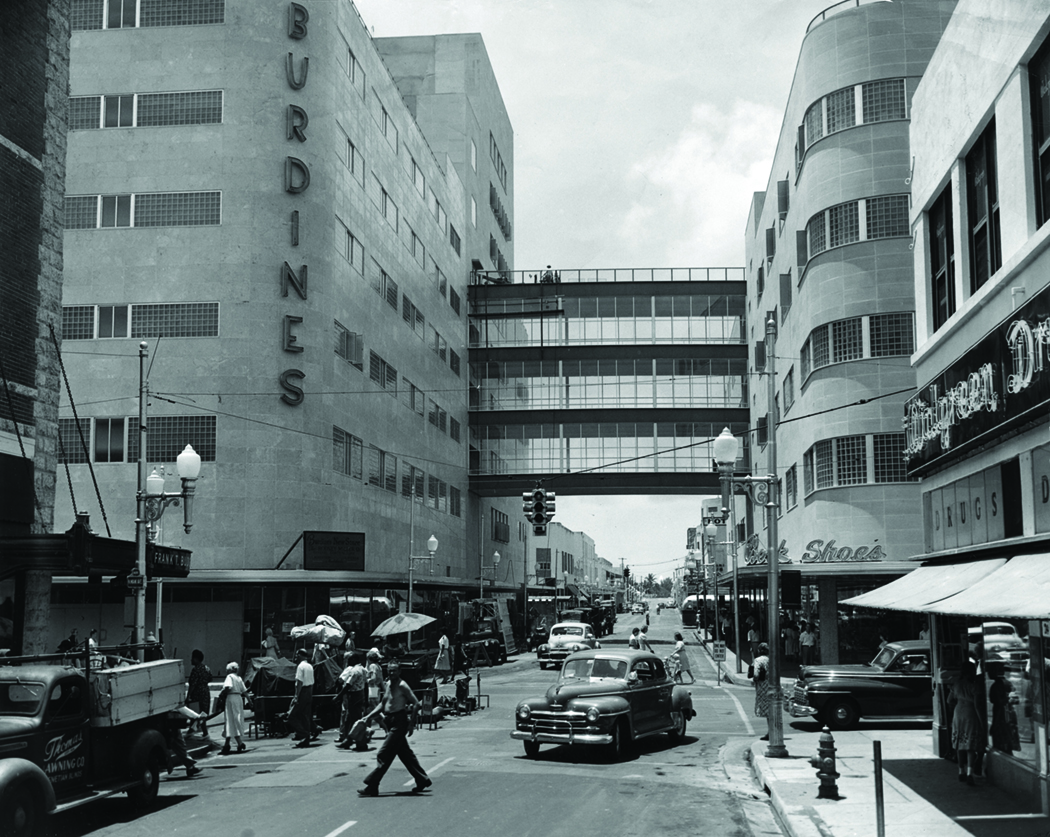 Macy’s announced Thursday that it is closing its downtown Miami store, which opened at 22 E. Flagler St. as a Burdines in 1912.

Since 2005 Macy’s has closed 124 stores, and the Miami store was on a list Thursday of seven stores that it hadn’t previously announced would close.

It appears downtown’s most historically significant retail building will be saved by owner Aetna Realty Group of New York. A Loopnet listing for Macy’s West, which it owns across the street at Second W. Flagler, offers leases for “180,000 square feet of space plus an additional 307,000 square feet in the building with the Macy’s.”

Macy’s West is a 1943 building that is connected to the 1912 building by an overpass across Miami Avenue. The brochure on Loopnet calls it iconic.

There are a couple of reasons why Aetna might want to keep the buildings rather than flip it to a buyer who might demolish them.

As chronicled in an SFBW cover story, the historic core of downtown Miami is poised for a dramatic transformation led by real estate investor Moishe Mana. He wants to repurpose the old buildings in downtown and reinvigorate the area. The streetscape for Flagler Avenue is also being rebuilt.

Macy’s isn’t listed on the National Register of Historic places, but it is part of the Downtown Miami Historic District, which presumably would give weight to preservationists who want to argue that the building at 22 E. Flagler St. should be preserved.

Mika Mattingly, executive vice president of Collier International, says it’s actually a positive that Macy’s is closing. “There is a renaissance in downtown. A brave new breed of tenants are emerging and they are refreshingly unlike the usual suspects found at every mall from Bal Harbour, to Brickell City Center. How many Louis Vitton bags can you purchase?” says Mattingly, who has been the key broker in property purchased by Manna.

She termed the Macy’s store a dinosaur from another era.

“Walk down the streets of downtown and one can easily sense the change of guard occurring. Popping up between the suitcase shops and electronic stores are hip retail entities like Nue, Andrew, Supply and Advise. The downtown day population of 220,000 people are pleased with the opening of boutique eateries like Arson, WPM Dim Sum, Capriccio, Jar and Fork and Manna Life. New watering holes Black Market and the rooftop at the Langford cater to the ever-growing population of young hip urbanites who are flocking to the urban core to live, work and play,” says Mattingly. “There is a renaissance in downtown. A brave new breed of tenants are emerging and they are refreshingly unlike the usual suspects found at every mall from Bal Harbour, to Brickell City Center. How many Louis Vuitton bags can you purchase?”

Brightline’s Grand Central station, also will be instrumental in propelling the metamorphosis, Mattingly says. She predicts downtown will emerge as a retail champion because the region lacks pedestrian-drive neighborhoods.

All of this redevelopment would presumably allow Aetna to reposition the Macy’s property and reap higher leasing rates in the future. Aetna can be a patient investor as a privately held company whose roots go back more than 119 years.

Aetna and its parent company have a portfolio of over 10 million square feet in 12 states. Aetna bought the Macy’s building in 2013 for deals of $15.55 million with a local family and $10 million with Macy’s, according to the South Florida Business Journal. The lease with Macy’s has now been canceled.

SFBW has a call in to Aetna’s Elliot Zeitune who has the listing to seek further information.

Aetna is also an owner of historic properties in West Palm Beach: 400 Clematis Ave. and 105 Narcissus Ave., which have retail and office space for lease.