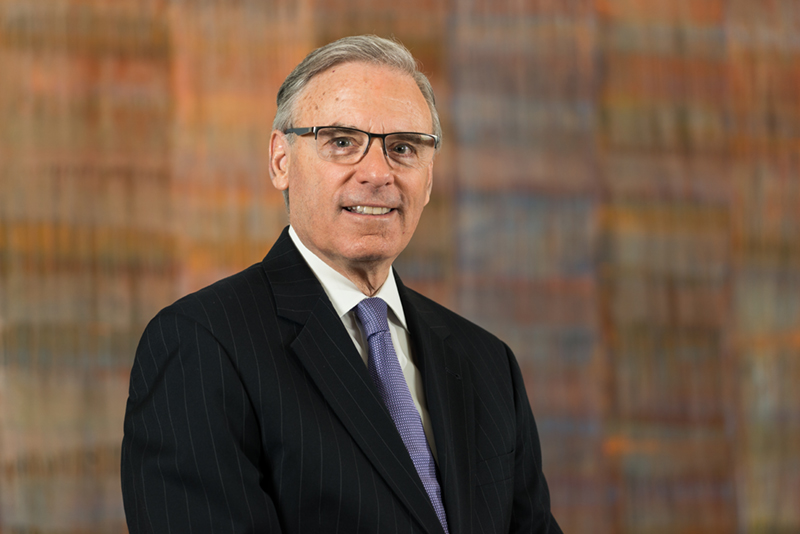 When the U.S. Securities and Exchange Commission brings a civil case, most companies opt to settle rather than fight. Writing a settlement check is just another cost of doing business.

Not Alan Levan, though. With his reputation at stake, the chairman and CEO of BBX Capital and former CEO and chairman of BankAtlantic Bancorp piled up $20 million in legal bills while successfully fighting the SEC and class-action attorneys.

It’s not the first time Levan and his longtime attorney, Eugene Stearns of Miami’s Stearns Weaver Miller, have been involved in high-profile cases. Levan once sued ABC News.

Levan and Stearns gave a 90-minute interview to SFBW two weeks after a federal jury rejected all the remaining SEC civil fraud claims against Levan and BankAtlantic, which followed a second trial.

How unusual was it for Levan to fight back? BankAtlantic is among 20 institutions listed on an SEC webpage for allegedly making misleading disclosures to investors about mortgage-related risks and exposures. Fifteen of the institutions have settled, according to the site, which was last updated in October. The website indicates only two other executives took their cases to court and prevailed.

Levan and Stearns met in 1972, a year after Levan founded IRE Financial. IRE stood for Investment Real Estate. Levan started out buying foreclosed properties in the late 1960s, and Stearns represented him on a 448-unit foreclosure in Doral.

In November 1991, ABC’s 20/20 program ran a segment that alleged Levan had unfairly treated fellow investors in real estate limited partnerships, who filed suit. Levan said the reality was that changes in tax policy under President Ronald Reagan hurt the real estate field and the value of the partnerships. Levan’s strategy was to roll up the partnerships and buy bonds in BankAtlantic with the goal of salvaging value so that investors wouldn’t take any losses.

“20/20 decided they were going to do a story and created somewhat of a feeding frenzy in the press that was negative. The only way we could stop the feeding frenzy was to go after the largest defendant we could find, which was ABC,” Levan says.

A federal jury got to see some juicy internal correspondence at ABC.

Stearns had dealt with ABC during the reporting process and ended up being called in as a witness while one of his partners represented Levan.

ABC’s attorney told the New York Times that its defense planned to rely on a case the real estate investors brought against Levan and BankAtlantic. However, Levan settled out of court in 1992 and ABC was barred from introducing any evidence from that case.

The jury in the ABC case awarded Levan $8.75 million in damages, but an appeals court overturned the case. It said ABC didn’t act with malice, which is a standard in libel cases involving public figures.

There’s a direct link between Levan’s attitude toward the ABC case and how he reacted to the SEC, nearly two decades later.

“When you relate that to the SEC case—when you think of all the negative press we received from the ABC case—we refused to settle it because we wanted the full exoneration and to show how ridiculous the case was. Unless we had gone to trial and got a total victory, which is what we did, there was always the risk that someone might have suggested that we settled it or did something to make it go away,” he says.

The footnote to the saga, Levan says, is investors who stuck with his roll-up plan got back a multiple of their original investment.

Levan says BankAtlantic was one of the first institutions to publicly warn of the softening real estate market before the Great Recession, but it turned into a kill-the-messenger situation.

BankAtlantic strived to maintain a conservative approach to lending, Levan says. An example came in 2003 and 2004, when Abdo was telling him stories about all the speculation and flipping in the condominium market.

“What was happening in 2003 is, you would talk to a cab driver or a beautician who was putting their last dollar into buying condos and making flips of $50,000 or $100,000. We did not believe, Jack and I, that that was sustainable,” Levan says.

In 2004, they received some criticism when they decided to not add to a $600 million high-rise construction loan portfolio.

“By 2007, when the crash actually hit, we had gotten back all of our $600 million in the normal course of the developers selling condos and closing,” Levan says.

“We recognized from a banking standpoint that the way to get through a recession was to first recognize your issues and maintain strong capital and liquidity in the bank,” he says. The bank continued to tighten credit requirements in late 2006 and into 2007.

In a July 25, 2007, second-quarter conference call, Levan said he was concerned about loans to builders given the state of flux and turmoil in the housing market, but he wasn’t concerned about other asset classes.

After France’s BNP Paribas froze $2.2 billion worth of funds on Aug. 9, 2007, over worries about subprime mortgages, BankAtlantic started going through its loans further to see if there were more potential problems. BNP’s action was one of the precipitating events that led to banks being afraid to do business with each other and banks tightening lending to homebuilders.

On Oct. 25, 2007, BankAtlantic reported a $29.6 million third-quarter loss from continuing operations, citing the deteriorating residential real estate market. Shares dropped from $13.55 to $11.55 the next day.

“None of the national banks or local banks reported the same kinds of issues. We just couldn’t understand why,” Levan says.

Within four days, the class-action suits started raining down on the bank. One alleged the bank understated its reserves from Nov. 9, 2005, until Oct. 25, 2007. That allegedly caused some investors to make bad decisions in buying BankAtlantic stock.

Shortly after the class-action suits were filed, the SEC started investigating BankAtlantic.

To help its lawsuit move along, the class-action attorneys needed to show that BankAtlantic executives had failed to disclose problems within its loan portfolio and set aside reserves to cover them up.

Before the trial began, U.S. District Judge Robert Scola Jr. ruled that Levan misled investors in three sentences during the second-quarter conference call when talking about loans that weren’t part of the troubled builder loan portfolio.

One of the sentences was, “But to our knowledge and—in just thinking through—there are no particular asset classes that we’re concerned about other than that one class.”

Levan and Stearns say that singling out three sentences amid the mountain of disclosures the banks made, including SEC filings, was absurd.

The jury found that from April 26 to Oct. 26, 2007, BankAtlantic made eight false statements, which the jury said caused damages of $2.41 a share to shareholders in the class action.

However, U.S. District Judge Ursula Ungaro overruled them. An appeals court agreed, saying the evidence didn’t allow the jury to separate how much impact the bank’s statements might have had on the decline of the stock price, compared to how much the general downturn of the real estate market hit the share price. The appeals court found that BankAtlantic did warn about the real estate market—and investors in any bank with a significant commercial real estate portfolio would also have had a significant loss.

Levan and Stearns thought that the victory in that case would signal to the SEC that it didn’t have a case. Instead, the SEC took them to trial.

Stearns says he was frustrated during the trial because the SEC never seemed to acknowledge the impact of the financial crisis and the housing market.

“They mentioned not a single word. They tried to keep me from mentioning it. The cause of the problems had nothing to do with BankAtlantic. It was external forces,” Stearns says.

The judge in the SEC trial took the same stance as the initial judge in the class-action suit and proclaimed the sentences false instead of letting the jury decide.

Stearns recalls an appeals judge later asking an SEC attorney if there was any evidence that the sentences were false. “She says, ‘Well, a prior judge entered an order.’ Are the words false? ‘I can’t tell you.’ ”

The appeals judge ruled that the issue about the three sentences should have been up to the jury to decide. A bar against BankAtlantic’s accounting firm testifying was also rejected.

In the final trial, the jury did not find that the three sentences were false. On May 8, the saga finally ended with a jury deliberating about five hours on a complex case and rejecting the SEC’s claims.

Stearns looks back at the initial class-action case and expresses dismay at what he sees as an overly cozy relationship between class-action attorneys and the SEC. They coordinate discovery and attacks “openly and notoriously,” he says. “It’s no secret plaintiff lawyers say, ‘We can make a deal that includes the SEC.’ The threat is you pay up, get your insurance company to pay millions of dollars.”

This time, however, the millions in insurance will be used to cover a successful legal defense. ♦