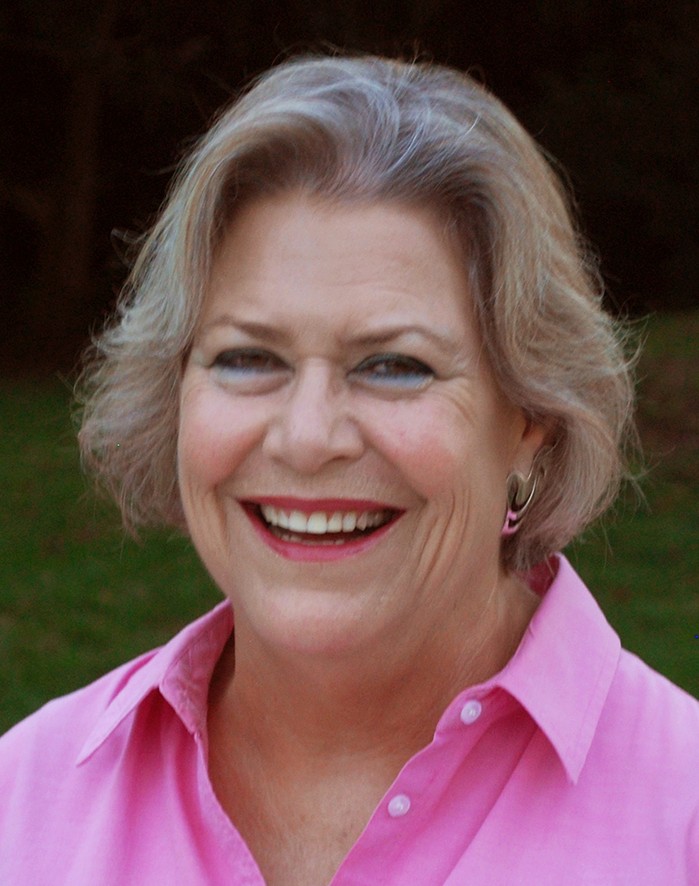 Heart care survivor, advocate shares ‘That’s when I knew something was very wrong’

Schmitt, 61, had a stressful job overseeing all the occupational and physical therapists in the Miami-Dade school system. She became too preoccupied with her demanding career, raising two children and other family obligations to care about the fact that her Type 2 diabetes and high blood pressure were way out of control. Plus, since her husband’s sudden death a number of years earlier – from a heart attack at age 53 – she had put on 75 pounds.

At that point, Schmitt did what many of us would do, she lay down thinking it would pass. It didn’t. She then realized she was struggling to breathe. That’s when her left arm became numb. “That’s when I knew something was very wrong,” she says.

Schmitt was rushed to the hospital and was diagnosed with two severely blocked coronary arteries. She required an immediate coronary bypass that saved her life. That was the game changer she needed. She realized it was time to start taking care of herself and to not neglect her own health at the expense of life’s other demands. “At that point, I decided to take care of myself and become healthy,” she says. “My kids were my motivation.”

Schmitt has not only lost a lot of weight since then, but her changed lifestyle has gotten both her diabetes and blood pressure under control. She began exercising daily and following the American Heart Association’s recommended dietary guidelines.

Schmitt made other changes as well. She didn’t want others to lead the same unhealthy lifestyle she once did and became active in the South Florida chapters of both the AHA and WomenHeart, two organizations dedicated to preventing and curing heart diseases and strokes, the No. 1 and No. 5 killers of all Americans, respectively. In fact, one out of every three deaths in our nation can be attributed to cardiovascular disease.

To raise public awareness about heart disease and strokes, this month as been declared American Heart Month. In 2014, the last year with available statistics, there were 5,082 cardiovascular-related deaths in Miami-Dade County; 3,687 in Broward County; and 3,357 in Palm Beach County, according to West Palm Beach AHA chapter spokesperson Heather Lynn Robbins. Robbins says the goal of Heart Month is to educate the public about what can be done to prevent heart disease and strokes. For example, the AHA recommends the following actions: Know your risk factors; get regular checkups; stop smoking; and make your lifestyle a heart-healthy one. That means getting at least 40 minutes of exercise daily; adding more veggies, fruits, whole grains and fish into your diet; and cutting back on foods high in fat, cholesterol and sugar. In addition, people are urged to learn how to take time to relax.

Despite the alarming fact that cardiovascular disease takes a huge toll on human lives, Dr. Ricky Schneider, a Coral Springs cardiologist, sees some reasons to be optimistic about the future. “From the point of view of medical treatment, in the past few months, there have been major new advances in medication for different illnesses,” he says.

Schneider points to what could be a breakthrough in the treatment of severe, poorly controlled high cholesterol, a major cardiovascular risk factor. There’s a brand-new class of medications called PCSK9 inhibitors that can actually lower LDL (bad cholesterol) by as much as 50 percent. These drugs are administered every two weeks by injection. He says, “We can get patients’ levels down to values we’ve never seen before.”

Go Red for Women: Friday, Feb. 12, 10 a.m. to 1 p.m., at the Westin Diplomat Resort & Spa, 3555 S. Ocean Drive, Hollywood. This annual luncheon features an educational lecture from physicians, a survivor fashion show and free health screenings. The focus is on prevention and awareness among women. For general inquiries, contact Katherine Nunez at 954.364.5015 or katherine.nunez@heart.org. For event sponsorship inquiries, contact Jessica Lodispoto at 954.364.5006 or jessica.lodispoto@heart.org.