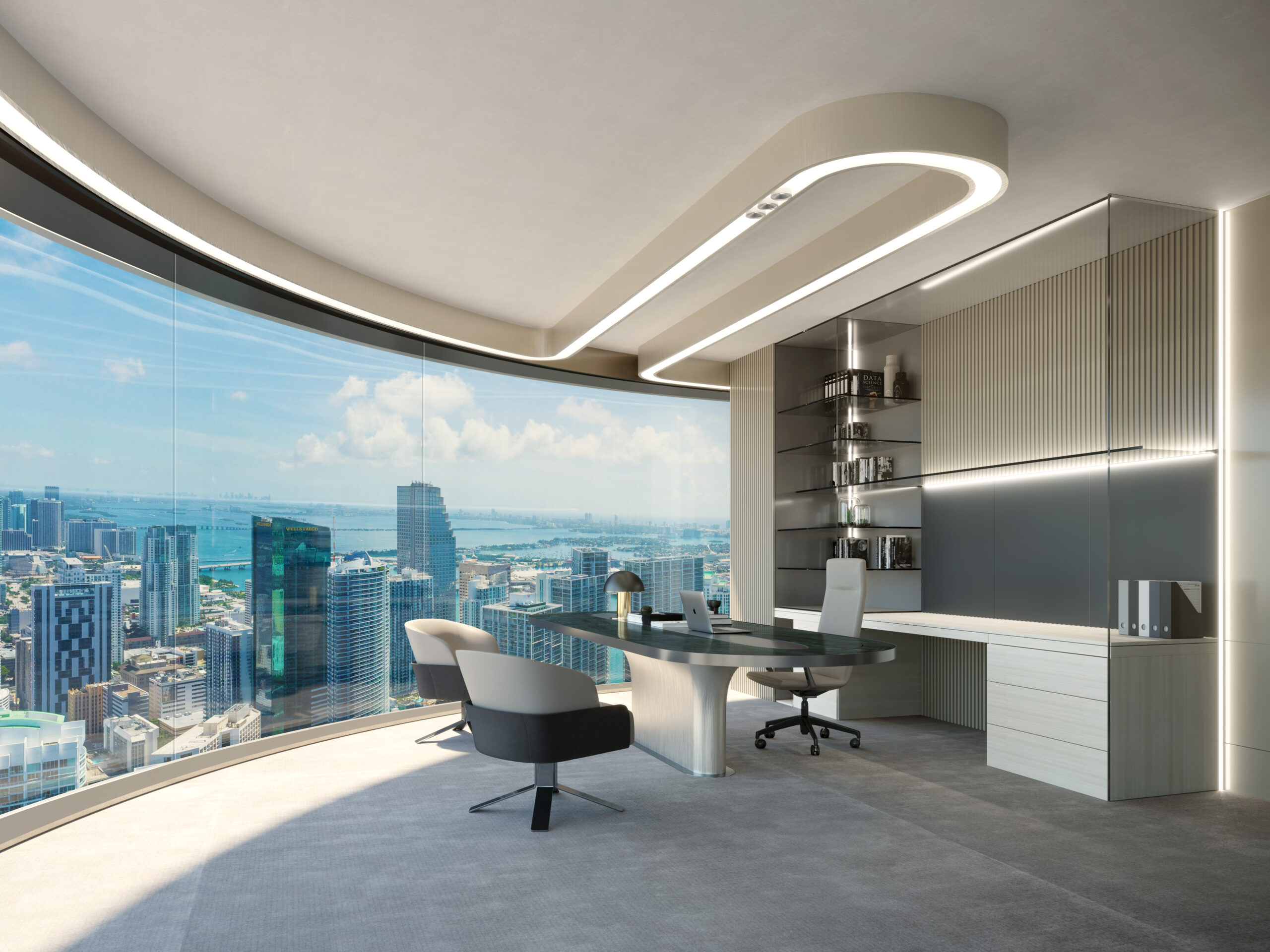 The international law firm will occupy 115,000 square feet of space over six floors

Kirkland & Ellis, one of the largest law firms in the U.S., recently signed a long-term lease at 830 Brickell, the Class A+ tower nearing completion in the city’s Brickell Financial District. The 55-story tower, developed in partnership with OKO Group and Cain International, will be 100% leased ahead of its opening in early 2023.

“When OKO Group and Cain set out to develop 830 Brickell, Miami was on the way to becoming a global destination for professional services, finance and technology firms. Today, the city is a vital business hub, with 830 Brickell serving as a catalyst for international companies moving here,” Vlad Doronin says, Chairman and CEO of OKO Group, and Jonathan Goldstein, CEO of Cain International. “The arrival of Kirkland & Ellis, along with the building’s other blue-chip tenants, has solidified 830 Brickell as one of the most desirable office towers in the United States and underscores the strength of the Miami market.”

“830 Brickell is the only Class A-plus office building in Miami history to be fully pre-leased ahead of its completion, with the majority of its tenants being major new-to-market corporations,” Andrew Trench says, Executive Director of Cushman & Wakefield. Global companies like Kirkland & Ellis, Microsoft and Citadel are changing the face of Miami’s business landscape and they’re looking to 830 Brickell as their home in one of the world’s most dynamic cities.”

To learn more about 830 Brickell and leasing opportunities, visit www.830-brickell.com.