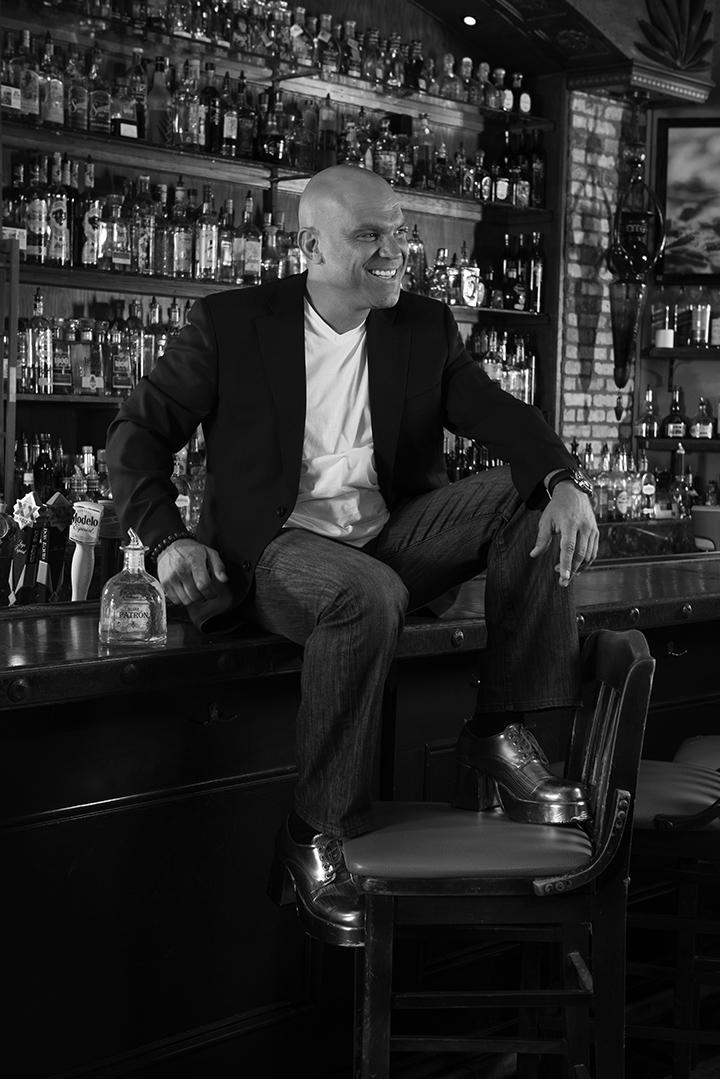 The Rise of Rocco

After moving to Florida to “try his hand at the family business,” Rocco quickly got a job as a busboy at Big City Tavern. “It was the busiest restaurant I could find,” he says, and he began to work his way up the chain. As one of many serendipitous turns in Rocco’s life, that restaurant ended up being the first one he bought (with his partners, Big Time Restaurant Group).

Rocco spent the next ten years working in a variety of restaurants and nightclubs, including Gigi’s in Boca, New York Prime, Monkey Club, Liquid Lounge, and Flow. During this time, he established an impeccable network of restaurant connections, which have been at the source of much of his success. His first foray into “running the show” was at a restaurant called Mo�Quilla (More Tequila), where he quickly worked his way up from host to General Manager and learned all about Mexican fare. He soon realized he wanted to open a restaurant of his own.

Call it good luck or irony, but when Rocco met Bill Watson (part owner of Big Time Restaurant Group) and explained his desire to open his own place, Watson, coincidentally had the same idea. “By the next week I was in Mexico with Todd (Herbst), my partner,” says Rocco, “and we then went on to open the first Rocco’s Tacos and Tequila Bar” on Clematis Street in West Palm.

The partnership between a well-established restaurant group and a rowdy busboy/nightclub connoisseur/general manager was “an interesting dynamic,” Rocco says, and one that worked. “We had a co-mingling of ideas�and we opened a very successful restaurant,” Rocco says. In a matter of seven years, the team went on to open Rocco’s Tacos in Boca Raton, Fort Lauderdale, Palm Beach Gardens, Orlando, and now Brooklyn. “It’s been like WOW,” Rocco says of their success.

Rocco’s gregarious personality (he is famous for standing on the bar and giving away tequila) as well as his welcoming nature: “I never call anybody a customer, I call them a guest,” are a big part of what has made Rocco’s Taco’s so unique. Celebrity fans like Kelly Ripa (who spoke on her show about the restaurant for quite some time) and Rande Gerber and George Clooney (who Rocco says are, “the most humble, probably nicest people I’ve met�) don’t hurt either.

But it’s Rocco’s passion for authentic Mexican culture (especially tequila) that sets him apart from the competition. He often takes trips to procure items for the restaurants himself, “I’ve bought doors off of houses, Mexican street signs�I really bring Mexico here.”

Rocco’s gratitude for his success has created a strong desire to give back. In the past few years, Rocco has become fully dedicated to raising money for breast cancer alongside the Susan G. Komen Foundation (Rocco’s girlfriend’s mother, whom he is very close to, is now fighting her second battle with the disease).

Rocco started small, utilizing his existing skills to raise funds from his customers. “I bought a pair of patent leather big pink shoes, I got on the bar and I got on the microphone and I said “hey, instead of me giving you tequila for free, why don’t you give me fifty cents or fifty dollars of five hundred dollars to fight cancer,” he explains of his first efforts. That initial outreach led to an October promotion entitled “Taco, Tequila and TATAs Tuesdays,” whereby all Rocco’s Tacos restaurants donate a percentage of proceeds to Breast Cancer every single Tuesday in October. These fundraising efforts have been extremely successful – last year they raised $32,000 and his goal this year is $40,000.

Rocco is very aware of what those numbers can mean, saying, “Usually, about $100 will cover the cost of a mammogram, so if you think about last year and I raised 32k, that’s 3,200 mammograms!” All of which take place in his own backyard, as he points out, “75% of the money I give to Komen stays in the community I raise it in.” He continues, “I’m saving lives, literally that’s what it does, and it makes a difference.”

Aside from his generous giving, Rocco has discovered his “softer” side in another major way – through his toddler daughter, Charlie, he smiles and says,  “I’ve done a lot of stuff in my life, I’ve drunk tequila and I’ve woken up in foreign countries. I’ve been in some strange situations, but what I’ve never really done was, I’d never been a father.”

As for what’s next, Rocco is under construction on his mega-location in Brooklyn, set to open this winter. He says of coming back to his home state, “It’s a little bit nerve-racking.” But his track record lends him confidence, “In Orlando, not a lot of people knew me either, but I Rocco-fied the neighborhood,” he jokes. His partnership with the Barclay’s Center and his 10k Facebook followers will likely lead to the same result.

Rocco’s Tacos is also set to open on Atlantic Avenue in Delray Beach later this year, and in another stroke of irony, the location used to house a restaurant that Rocco waited tables at. “It’s like everything came around full circle for me.”

At the end of the day, Rocco stresses that South Florida is his home. He loves to eat at places like New York Prime, Kapow! Noodle Bar, and Sal’s Express Pizza. Now that he’s a family man, he often visits Houston’s in Pompano with his girlfriend and daughter as well (he does, after all, have a real “white picket fence�). Even after this unbelievable success story, Rocco says he is, “Just a regular guy�I’m a glorified busboy.” ?

Background: Born in 1973 and grew up in the restaurant business in New York. His father was the GM at the Copacabana nightclub and his father had restaurants on Long Island.

Growth beyond the region: Rocco’s Tacos opened in Orlando in September 2011. A Brooklyn location at Muss LLC’s 339 Adams St. is expected to open this winter.