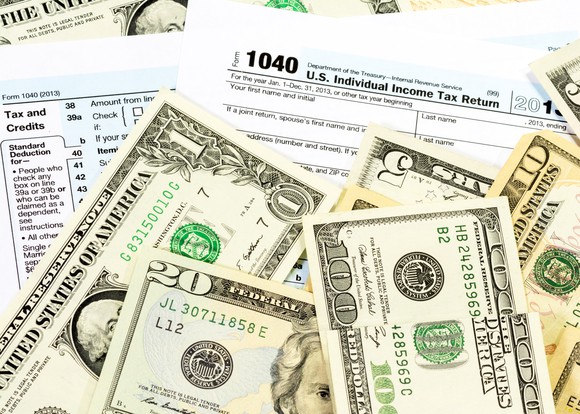 The new Republican tax proposal gives to middle-class Americans with one hand and takes from them with the other.

To be clear, what was made public is still far from a detailed or complete plan. The nine-pageframework is intentionally vague, offering up feel-good statements such as “the committees will work on additional measures to meaningfully reduce the tax burden on the middle class.”

And some aspects of the plan as outlined would apparently offer tax breaks to some middle-class families, such as an increase in the child tax credit, and a new credit for taxpayers who take care of non-child dependents.

However, there are other proposals in the framework that could result in an overall tax increasefor many middle-class Americans. These three stand out.

1. Elimination of the personal exemption

One of the main talking points of the plan among Republican congressional leaders has been the proposal to nearly double the standard deduction — used by people who don’t itemize their deductions. The plan calls for standard deductions of $12,000 and $24,000 for single and married taxpayers filing jointly, respectively, up from $6,350 and $12,700 currently.

However, this is not the big tax break that Republican leaders claim it is. Here’s why.

At the same time as the plan increases the standard deduction, it eliminates the personal exemption, which currently cuts the taxable income of a household by $4,050 each for every taxpayer and dependent in it.

Families with children, though, could get hurt under this plan. Consider family like mine that consists of a married couple with two children. Currently, we get the $12,700 standard deduction and four personal exemptions – a total of $28,800 in income excluded from taxation. Under the new plan, we would lose $4,800 in deductions.

To be fair, the plan asserts that an expansion of the child tax credit would help offset the loss of the personal exemption for dependents, but since no details were given about that, it’s impossible to say if this would result in a tax cut for families or a tax increase.

However, many middle-income people would no longer be able to take advantage of either deduction. Both require that taxpayers itemize deductions on their returns in order to claim them. A side effect of consolidating the personal exemption and standard deduction to the new amounts is that it dramatically increases the threshold where itemizing becomes worthwhile.

Using my own situation as an example again, my wife and I are currently entitled to a $12,700 standard deduction. If we have a $6,000 mortgage interest deduction, $5,000 in charitable deductions, and $5,000 in other itemized deductions, this adds up to $16,000, so itemizing would clearly be the better choice for us. Under the new standard deduction of $24,000, it wouldn’t make sense to itemize any longer. Plus, we would lose on $16,200 in personal exemptions.

3. Elimination of the state and local tax deduction

The GOP framework states that “in order to simplify the tax code, the framework eliminates most itemized deductions…”

There are several deductions that, if eliminated, could cost certain middle-income taxpayers money, but one that is of great concern to many Americans is the deduction for state and local taxes.

Now, for people living in low-tax states, this wouldn’t be too big of a deal. However, it would mean a substantial tax increase for middle-income taxpayers in high-tax states like California and New York. As an example, the state and local tax deduction allowed California residents to reduce their federally taxable income by $101 billion in 2014, the most recent year for which complete data is available. The average state and local tax deduction taken in New York County, N.Y., (aka, Manhattan) was nearly $25,000 for that year. So, it’s fair to say that this could mean a big tax hike to many people in these states.

This isn’t a bill, it’s a rough outline

As a final thought, it’s important to reiterate that this is just a framework, with relatively few specifics. Whatever tax reform bill Congressional leaders and President Trump finally bring to the floor will likely look very different from the document that was released Wednesday. However, based on what we know so far, the effect of the plan on middle class Americans could be quite mixed. What it’s not is an across-the-board middle-class tax cut.

Matt brought his love of teaching and investing to the Fool in 2012 in order to help people invest better. Matt specializes in writing about the best opportunities in bank stocks, REITs, and personal finance, but loves any investment at the right price. Follow me on Twitter to keep up with all of the best financial coverage!