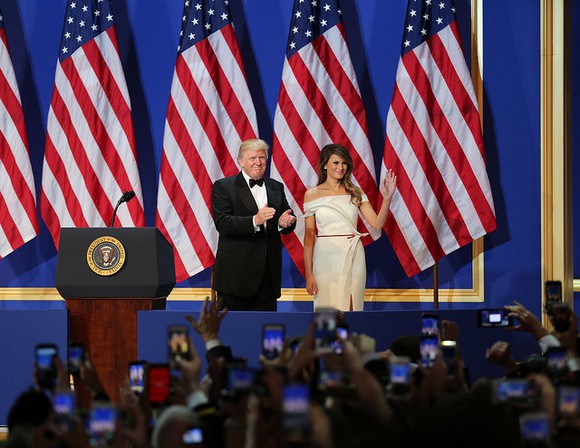 Some brand-name investments made Donald Trump look (small-f) foolish a few years back.

President Donald Trump fancies himself an astute businessman above all else. Mostly through his knowledge of real estate deals and his vast empire of businesses, Trump has grown his wealth to what he estimates to be $10 billion.

Yet, one realm where Trump rarely set foot was the stock market, despite the fact that stocks offer arguably the best long-term rate of return of 7% (including reinvested dividends). By comparison, even though home prices have handily outperformed the rate of inflation over the past two decades, in the 100 years between 1890 and 1990, based on data from Robert Shiller in Irrational Exuberance, home prices outperformed inflation by a meager 0.21% per year. Perhaps Trump liked the challenge?

Five stocks that “trumped” the Donald
However, when Trump was required to file his election disclosures in 2015, Americans were able to get a look under the hood at Trump’s lone foray into stocks. When the U.S. economy was in the midst of its recovery in 2011, Trump seized the opportunity and acquired diversified stakes in 45 companies — mostly blue-chip names. According to reports, these were companies handpicked by Trump himself, and not simply a money manager that made these decisions.

In total, 40 of the 45 stocks Trump picked went up in value, generating $27 million in profits by the time everything was sold, as of January 2014. It is worth mentioning that although Trump was required to disclose his financial investments, he wasn’t required to provide the dates of acquisition or disposition, so we’re always somewhat limited in deciphering just how smart “The Donald” really was with his stock-buying.

Yet what tends to stand out are the five companies that caused President Trump to lose money. In no particular order, here are those companies:

Coca-Cola & PepsiCo.
Perhaps the biggest shock is that staple soft-drink manufacturers Coca-Cola (NYSE:KO) and PepsiCo. (NYSE:PEP) wound up costing Trump $71,351 and $42,006, respectively, according to the disclosure paperwork he filed.

Normally Coca-Cola and PepsiCo. are portfolio stalwarts, so you might be wondering what went wrong? Once again, it would be helpful if we knew exactly when Trump bought and sold these two companies, but we don’t have this information, meaning we’re somewhat left to guess.

My suspicion is that two factors prevented Trump from pocketing gains with these brand-name pop companies. First, the stock market was rapidly regaining steam following the recession, and both Coca-Cola and PepsiCo. are slower growing consumer companies. Investors may simply have been willing to make the choice to take on greater risk, selling shares of Coke and Pepsi and buying more aggressive, faster-growing equities.

The other issue has been weaker domestic soda sales for both companies. The rise of more health conscious eating and drinking habits in the wake of America’s obesity epidemic has strained the top- and bottom-lines of soda manufacturers and coerced them to be more creative with their sparkling and non-sparkling product line.

DR Horton
Being a real estate man himself, Trump probably believed that investing in America’s largest homebuilder, DR Horton (NYSE:DHI), was a great idea. It ultimately wound up costing our President nearly $205,000.

So what went wrong for Trump? Probably the biggest issue was a substantial tightening in federal regulations that made it much tougher for prospective homeowners to get a mortgage from banks. During the Great Recession, a number of borrowers fell behind or failed to make their mortgage payments, which regulators would later deem was due to the inadequate checks and balances put in place by financial institutions. With beefed up income and credit requirements, getting a home loan became much tougher, hurting new home sales and depressing home-sale prices.

In Trump’s case, his purchase of Occidental Petroleum might be best summed up as bad timing. If he acquired the company in the first-half of 2011, there’s a real possibility he bought in when crude oil prices were north of $100 a barrel. Unfortunately, crude prices never firmly established themselves above $100 for any extended period of time (i.e., longer than a few months) over the coming three years. By 2014, crude oil prices fell off a cliff.

Enbridge
Finally, Trump wound up losing $82,841 after an unsuccessful investment in midstream liquids and gas pipeline company Enbridge (NYSE:ENB). What’s particularly confusing about Enbridge is that a quick glance at its stock chart between 2011 and 2014 shows a pretty steady uptrend with a few very small “hiccups,” meaning Trump’s investment in Enbridge was probably very short-term.

Once again, without any investment timeframes we’re left to essentially guess what could have gone wrong. My suspicion is that natural gas price weakness was ultimately to blame for Trump’s loss in Enbridge. After hovering about $4/MMbtu, natural gas proceeded to lose half of its value between 2011 and 2012. As natural gas prices plunged, drillers scaled back their production. Though pipeline companies usually have fixed-price contracts and volumes, a temporarily sinking natural gas ship may have hurt the backlogs of most midstream companies, including Enbridge.

Though Trump did well, he did one thing wrong
Assuming Trump did indeed handpick the 45 stocks listed in his disclosure, he did a very good job. $27 million in profit (again, no clue what percentage that is) is nothing to sneeze at — even for a purported $10 billion man.

However, Trump’s foray into stocks wasn’t perfect. Believe it or not, had Trump held on to many of the stocks he had in his portfolio, he would be up substantially more today. In other words, Trump may have failed to think about the long-term growth-drivers of the companies he invested in and was really after the quick buck. More often than not, this style of investing won’t consistently work.

The obvious point here is that we can never know what days will be the market’s best or worst, so trying to time the market as Trump claims to have done is often a path to disaster. Your best bet is to find high-quality companies and stick with them for exceptionally long periods of time. If it has worked for Warren Buffett, it can work for you, too!