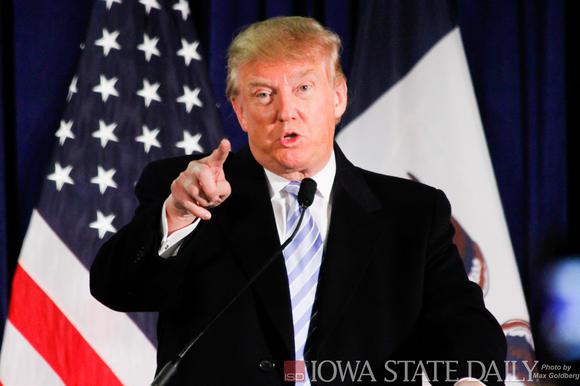 6 Ways a Donald Trump Presidency Could Affect Your Wallet

Donald Trump’s policies are a notable departure from the norm, and they could have a big impact on your money if he becomes president.

A year ago, few could have imagined Donald Trump in the White House as our 45th president. However, following Trump’s primary victory in Indiana, Republican presidential candidates Ted Cruz and John Kasich have both suspended their campaigns. In other words, there are no longer any front-running challengers to Donald Trump, making him the presumptive nominee for the Republican Party on the November ballot.

Trump’s popularity is certainly surprising to many, but so are his policies, which are a notable departure from those of career politicians. Debate has been raging for months as to whether Trump’s fiscal policies would be beneficial for the American public and economy or whether they’d leave us worse off. With that debate still ongoing, let’s look at six ways Trump’s policies could directly impact your wallet if he defeats the Democratic Party’s presidential nominee in November and reaches the Oval Office.

1. Individual income tax reforms
Perhaps what most clearly separates Trump from the rest of the presidential field is his simplified but aggressive tax reform proposal. Under Trump, the progressive seven-tier tax brackets we have now would be replaced by four simple brackets:

On one hand, the selling point of Trump’s tax plan is that it would put more money in the pockets of lower- and middle-class families and consumers. Married filers earning up to $50,000 would be exempted from federal taxation. Having more money could be more incentive to save and invest for the future, or it could mean boosting the U.S. economy through consumption — about 70% of U.S. GDP is consumption-based.

On the other hand, Trump’s tax plan would likely reduce the federal government’s tax revenue by trillions of dollars. Trump, for his part, has pledged to reduce spending in certain departments of government, but spending cuts likely wouldn’t come close to the estimated $12 trillion static decline in tax revenue over the decade following the implementation of Trump’s tax policy, according to the Tax Foundation. In simpler terms, Trump’s individual income tax policy could vastly widen the federal budget deficit — and our growing $19 trillion-plus debt load.

2. Corporate tax reforms/domestic job initiatives
On top of reforming individual income taxes, Trump proposes major business reforms that are designed to spur economic growth and bring jobs back to American soil. Trump’s tactics include reducing the corporate income tax rate from 35% to just 15%, creating a 10% tax holiday for American businesses that choose to repatriate foreign earnings, and possibly implementing tariffs on imported goods. Trump commented during a March debate that he’d be in favor of implementing a 45% tariff on Chinese goods “if they don’t behave.”

Conversely, reducing corporate income taxes takes a worrisome amount of federal revenue out of the equation, potentially ballooning the federal debt. Even more worrisome is what could happen if Trump does decide to play hardball with foreign manufacturers and implement a tariff. Countries such as China and Mexico might fire back with tariffs of their own, ultimately resulting in net job losses, lowered wages, and reduced economic growth prospects in the U.S.

3. Interest rates
Trump could also directly affect your money by tinkering with the Federal Reserve chair position. The president of the United States is responsible for appointing the Federal Reserve chairperson, and current chair Janet Yellen’s term will be up in February 2018. Earlier this week Trump commented that he would “most likely” replace Yellen when her term is over.

However, Trump did note that he completely agreed with Yellen’s approach to keep lending rates low. Trump noted that it’s critical rates remain low in order to keep interest payments on existing debt as low as possible. Trump would more than likely seek to replace the Fed chair with a Republican.

Since the Fed controls monetary policy and sets the federal funds target, it has substantial influence over what you pay in APR for your credit cards and what sort of mortgage rate you get when buying or refinancing a home. Thus Trump’s Fed chair choice could directly impact your wallet if you have certain types of loans or if you have interest-bearing assets or accounts.

4. Tax reform on investments
In addition to adjusting individual ordinary income tax brackets, Trump’s tax reforms aim to encourage investing, which should come as no surprise, given that Trump made his fortune as a real estate investor.

Under Trump’s proposal, taxpayers who fall into the 0% or 10% ordinary income tax brackets — that is, individuals earning up to $50,000 and joint filers making up to $100,000 — would not pay a cent on any capital gains and dividends received. That’s huge, because under the current progressive tax structure, individuals with $37,650-plus in income would owe 15% federal income tax on long-term gains and dividends, and the same is true for joint-filers earning more than $75,300. Presumably, reduced capital gains and dividend taxes would encourage Americans of all socioeconomic levels to save and invest for their future. With the stock market historically averaging gains of about 7% per year, this appears to be a solid proposition.

Of course, to echo a previous point, reduced tax revenue collected from capital gains and dividends paid could further entrench the U.S. government in debt.

5. Healthcare reform
In March, “The Donald” unveiled his long-awaited seven-point healthcare reform designed to repeal and replace Obamacare. Trump has been an outspoken opponent of Obamacare from the start, and his plan would make a number of key changes. This would include the sale of health insurance policies across state lines, allowing consumers full health-premium tax deductions, encouraging the use of Health Savings Accounts, removing barriers for foreign-made pharmaceuticals to enter the U.S., and advocating for block grants to every state concerning Medicaid. You can read a much more thorough synopsis of Trump’s health reform plan.

Trump’s health reform proposals are intriguing. Shopping abroad for pharmaceuticals could save Americans and physicians (not to mention Medicare and Medicaid) big bucks. Further, allowing the sale of health insurance policies across state lines could boost competition among insurers for new members, thus slowing or halting premium price inflation.

Perhaps the bigger issue is that Trump’s plan would allow individuals to deduct their premiums paid from their taxable income. Well-to-do Americans who can afford a comprehensive plan for themselves and their family would be able to write off every cent, while lower-income individuals who purchase the cheapest plan available, and who probably need the most financial assistance, would receive a small tax deduction.

6. Social Security
Finally, since the vast majority of Americans are covered by, or paying into, the Social Security program, what happens with Social Security is of increasing importance. This is especially true considering that the Board of Trustees predicts that the Trust could exhaust its excess cash reserves by 2034, possibly necessitating a benefits cut of up to 21%. 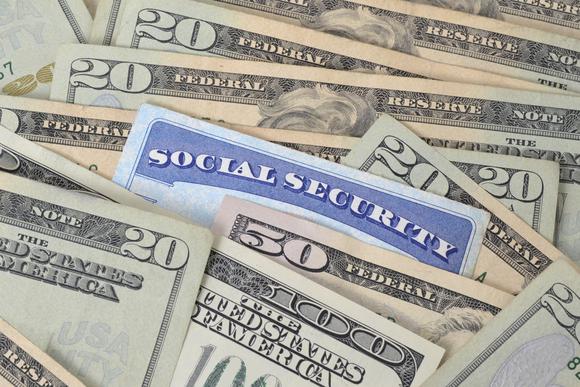 Trump’s comments on Social Security have suggested that he wants to protect the program for seniors who’ve paid into it, but he also understands that trying to change Social Security during an election year is akin to political suicide. This is what Trump had to say in 2013 at a Conservative Political Action Conference, as reported by The Washington Times: “As Republicans, if you think you are going to change very substantially for the worse Medicare, Medicaid, and Social Security in any substantial way, and at the same time you think you are going to win elections, it just really is not going to happen.”

The implication here is that Trump may prefer to kick any Social Security changes further down the road. While that would remove any near-term worries for current beneficiaries, the kick-the-can approach doesn’t exactly inspire confidence for pre-retirees and current workers who might be reliant on Social Security come retirement.

To be clear, there are no guarantees that Trump’s policies would be voted in by Congress in their current form — or, for that matter, that he will even be elected president come November. However, if he does become president and is able to implement some or all of his proposed policies, then your wallet would undoubtedly be affected. The only question is whether it’d be growing fatter or shrinking.

How do you think you’d fare with Trump as president? Share your comments below.