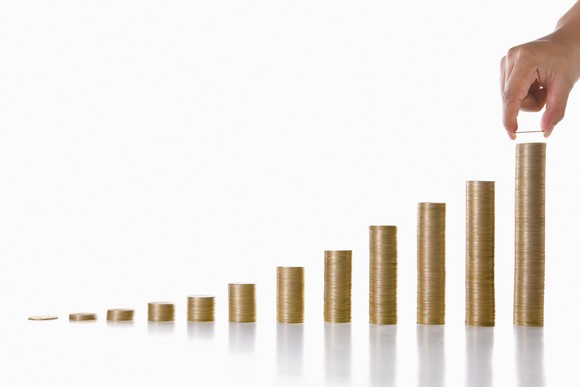 Don’t get left in the dark.

Look, we can’t all be financial wizards, right? Some of us are better at art, or at writing poetry, or at running three miles without fainting. But natural talents and inclinations aside, there’s one major life skill many of us are missing, and it’s hurting us in a big way.

I’m talking about financial savviness — specifically, a strong understanding of compounding. According to research out of George Washington University, only one-third of Americans actually get how compounding works, leaving most of the public in the dark. And you really don’t need a math brain to grasp the concept. You just need to run some numbers to see how compounding can help or destroy your finances.

How compounding works
Compounding basically means earning or charging interest on top of interest. Here’s how it plays out: You put $1,000 in a savings account paying 1% interest. To keep things simple, let’s assume that interest is compounded once a year. What this means is that after a year, you’ll have earned $10 in interest payments (don’t spend it all at once). Once that year is up, you leave your money in that same account, on which the interest rate hasn’t changed. However, instead of earning 1% interest on just $1,000, you’ll earn 1% on $1,010, or $10.10, over the course of that second year. That’s compounding.

It can work in your favor
We all know we’re supposed to be saving for retirement, but this is why it’s crucial to start as early as possible. And by “early,” we’re talking the moment you get that first paycheck. The sooner you begin to save, the more time you’ll have to take advantage of compounding.

Imagine you start saving $5,000 a year beginning at age 25 with the goal of retiring at 65. Let’s also assume that your investments, over time, generate an average annual return of 8% — a reasonable assumption, as it’s actually below the stock market’s historical average. Now, if you were to take $5,000 and multiply by it 40 (as in, the number of years you’re saving), you’d arrive at $200,000 — not bad, right? But when we take compounding into account, what we’re doing is adding that 8% return each year and then reinvesting that return to grow our balance into — wait for it — $1.3 million. That’s right. Over the course of 40 years, $5,000 a year at 8% can grow into well over a million dollars, and it’s all thanks to compounding.
Now in case you’re wondering what that balance would like if you were to start saving that same amount 10 years later, even at an average annual 8% return, you’d have just $566,000 by the time you hit 65. In other words, losing out on just 10 years of compounding could cut your retirement savings balance into less than half.

It can leave you in an endless spiral of debt
Compounding can be a wonderful thing for investors, but when it comes to borrowing money, compounding can smack you where it hurts. When you carry a balance on your credit card, the issuing company will apply interest to whatever principal amount you owe. However, over time, you’ll be charged interest not just on that principal, but also on that interest.

Now if you were to take that same $5,000 balance and pay it off in one year instead of three, you’d lose just over $300 in interest payments. The reason? You’re giving your credit card company less time to let compounding work in its favor.

Here’s another scary fact. These days, many credit card companies compound interest not on an annual or even a monthly basis, but on a daily basis. That means your interest charges are getting added to your principal balance every day, making it all the more difficult for you to keep up. The solution? Always pay your credit card bill on time. Otherwise you could easily wind up in a very vicious cycle.

To sum it up, you don’t have to be a numbers whiz to understand compounding. Just remember that as an investor, compounding is your very best friend. But as a borrower, compounding can obliterate your finances faster than you can count.