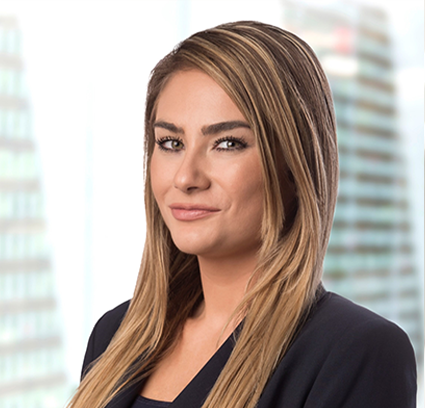 Angelica Żołnierowicz, whose specialty areas include blockchain technologies and criminal securities fraud, recently joined the law firm of Conrad & Scherer. Before the new position, Żołnierowicz worked for a prominent Washington, D.C.-based law firm and is permitted to practice in the District of Columbia, Maryland and New York. She also has worked for two major law firms in Warsaw, Poland.

While attending Georgetown Law, she served as Editor of the Journal of National Security Law and Policy. The Department of Defense selected her to represent Georgetown as a Military Commission Observer at the United States Naval Base in Guantanamo Bay, Cuba, where she saw live Sept. 11 hearings. Also, while studying law, she worked for the New York State Office of the Attorney General’s Organized Crime Task Force, the World Bank’s Integrity Vice Presidency and the Montgomery County District Attorney’s Office.

Zolnierowicz is fluent in Polish and proficient in French and Spanish and has basic Czech, Ukrainian, and Russian abilities.