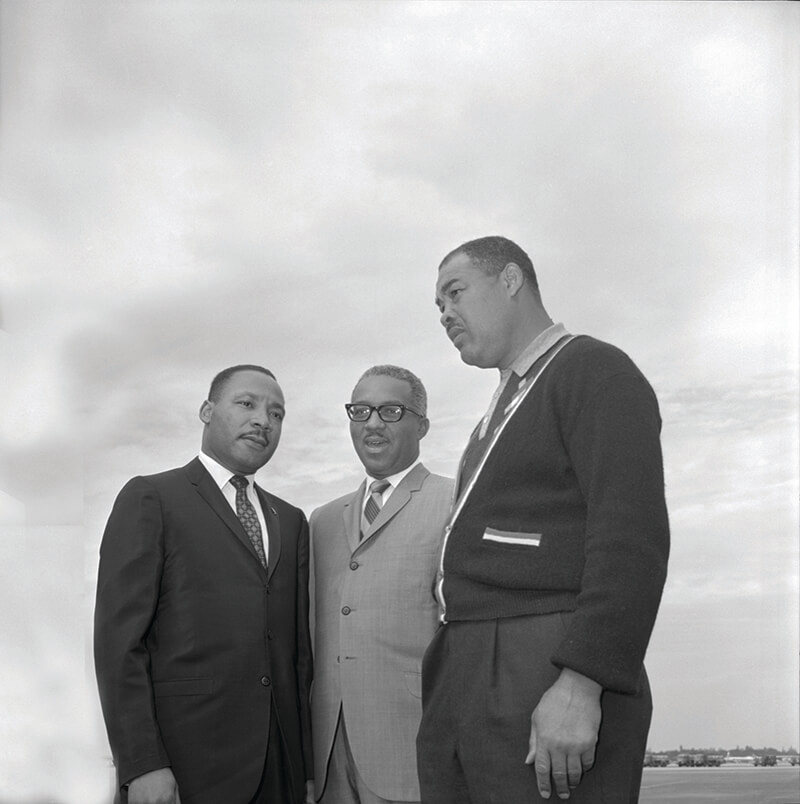 Martin Luther King Jr. was known throughout the world as a figure of peace. Born Jan. 15, 1929, in Atlanta, he organized marches and protests toward ending racial injustice and inequality. On Aug. 28, 1963, his “I Have a Dream” speech during the March on Washington challenged the United States to adhere to the ideals of the Declaration of Independence. King said, “I have a dream that one day this nation will rise up and live out the true meaning of its creed: ‘We hold these truths to be self-evident: that all men are created equal.’ ” While this speech is widely known throughout the world, many don’t know he delivered an early version of it in Miami at the Historic Hampton House.

While King was known for his frequent stops throughout the South, he visited Miami quite often throughout the 1950s and 1960s and would routinely stay at the Historic Hampton House in Liberty City. He came to teach nonviolent resistance and to organize marches. While Miami was still part of the “Deep South,” it was one of the more progressive cities; in fact, it had an integrated Air Base Elementary in Homestead for the 1959-60 school year—a year before federal marshals shielded Ruby Bridges in New Orleans and almost 10 years before the “all deliberate speed” standard was no longer constitutionally permissible (Alexander v. Holmes County Board of Education). Many experts attribute Miami’s tolerance to its Jewish population, which served as an ally to King’s cause and frequently joined sit-ins, including at the McCrory’s lunch counter in downtown Miami.
Although King was assassinated in 1968, his legacy and work in the community live on. In 1977, Miami became the first U.S. city to organize a Martin Luther King Jr. Day Parade; it was founded by Preston Marshall of Overtown. Marshall, who died in 2015, met with King several times during the civil rights movement and was appointed by President Ronald Reagan to join the founding committee that established King’s birthday as a national holiday.

Marshall told the Miami Herald in 2014, “I wanted to do something to honor him. Since I was a band person, a parade seemed like the most natural thing to do.” Aside from the parade, the city also honors King Jr. with a road named after him; a portion of NW 62nd Street in Liberty City is known as Martin Luther King Jr. Boulevard. And on that street, at NW Seventh Avenue, is the late Oscar Thomas’ mural “Prince of Peace,” which portrays King speaking and a flying dove with an olive branch. As King’s birthday approaches, it’s good to remember some of his efforts took place in our backyard. ↵