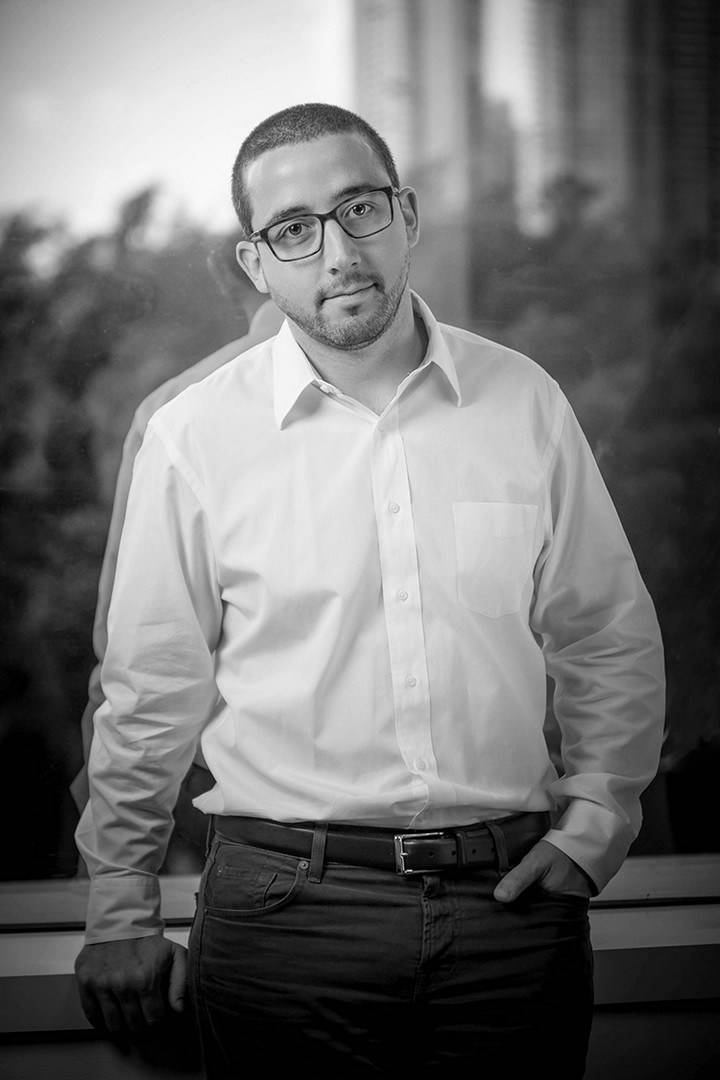 eMerge Americas, one the largest tech conferences in the Americas, is helping position South Florida as an international tech hub. While eMerge was the vision of Miami tech entrepreneur Manny Medina, Xavier Gonzalez is helping execute the big mandate.

Gonzalez has been eMerge Americas executive director since its creation two years ago. Prior to that, Gonzalez worked for Medina at Terramark Worldwide, which built a large data center and Internet exchange point known as the NAP of the Americas in downtown Miami. Verizon Communications acquired Terramark for $1.4 billion in 2011.

SFBW sat down with Gonzalez to find out more about his plans for the 2015 eMerge and how businesses could benefit from participating in the four-day conference happening from May 1-5 in Miami Beach. The interview was edited for clarity and length.

What was the ultimate goal behind the creation of eMerge Americas?

We started it after going through the experience of running a public company in the technology space in Miami and the difficulties that we found across a number of different areas – whether it was hiring the best tech employees in the world to just a general negative perception of a tech company headquartered in Miami. We started eMerge to help change the perception of Miami as a technology hub. Our ultimate goal is about advancing the technology ecosystem and developing an economy that is more stable.

What surprised you the most about 2014 eMerge Americas?

The response we got. When we started the effort, we picked 5,000 attendees as a lofty goal. We got 6,000 attendees and 400 companies participating. We surpassed all the metrics that we had as an organization.

What are some of the success stories of 2014 eMerge Americas?

Companies like HP, one of our bigger sponsors, made deals at eMerge after meeting decision-makers from Latin America. They were able to generate businesses and leads. Another big takeaway for us was from the university perspective. The University of Miami and Florida International University had big displays in eMerge, and people were amazed at the innovation they are generating and the work they are doing. That has drawn the interest of all the other universities in our region.

What will eMerge do for startups looking for
investors?

eMerge is a platform where they can connect on a broad scale. There are a lot of different investors who will be exposed to what startups are doing. One of the things about the investment community is that investors are interested in different levels of investment cycles and focused on different sectors. So finding that perfect match can be a little bit difficult. But we want to make those connections easier. For 2015, we have a concerted effort to make sure those entrepreneurs are meeting with those investors. But equally critical is for the startups to be able to connect with distribution partners and potential customers because a lot of what the investors look for are what revenues the startup has and where the revenue is coming from.

How can eMerge benefit non-tech businesses in South Florida?

When you have a thriving technology industry, you need attorneys who are focused on investment, banking or IP law. It’s the same thing with real estate professionals. Many of the new tech companies locating in South Florida need office space. Entrepreneurs are going to be the upwardly mobile type of professionals of the future and while they may live in a one-bedroom apartment today, they are quickly moving into the two-bedroom, three-bedroom house. That’s one of the things we saw last year when we had EWM, a residential brokerage firm, be one of the sponsors of eMerge. They found clients who were looking for homes and made deals.

Who are going to be the keynote speakers?

Deepak Chopra, who will speak about how being centered helps you from a business perspective, and Jim McKelvey, the co-founder of Square [a mobile payments company]. Jim will talk about LaunchCode, [which connects people looking to work in technology with employers through paid apprenticeships and job placement]. Jim will speak on how to connect and develop talent on the tech side that can help some of the biggest companies in a local economy, like cruise lines and airlines.

Has the South Florida tech community made progress in the last two years?

It is night and day. We have more and more investors coming into town every day. There are more entrepreneurs, more executives, more national organizations activating programs and activities in Miami, including 500 Startups, Endeavor Global, Code For America or the Microsoft Innovation Center. And all that happened in the last year.

What is driving Miami’s new interest in
technology?

The John S. and James L. Knight Foundation is the biggest driver in terms of the development of the entrepreneurial ecosystem. Alberto Ibarg�en and Matt Haggman (with the foundation) made a big bet on Miami being able to become the entrepreneurial hub that we are becoming. Two years ago, they began to invest heavily in the infrastructure that supports entrepreneurs and the ecosystem around them, including events like eMerge and co-work spaces like The Lab Miami in Wynwood. Most recently they helped launch the IDEA Center at Miami Dade College. All of these things are critical to our success. Their support to eMerge Americas made a big difference in our ability to put on a world-class event in our first year and they continue to support us.

What do you see happening in the next two years?

You will see successful entrepreneurs beginning to re-invest in startups and the tech community in South Florida. You will also see more and more interest from some of the world’s biggest technology companies wanting to establish their Latin America operation in Miami and having a significant employment base here.

What are the pros of Miami compared with
Silicon Valley and New York?

You go to Silicon Valley and you are competing with other 1,000 ideas while in Miami – because we are in the early stages – there are a lot of opportunities for startups and investors. Another key thing is our ability to be a gateway to North America, Europe and Latin America. If you are a global technology company trying to tap into those three markets, it is very easy to do it from Miami.

We also have a lot of talented people from Latin America generating a lot of innovation. On the investor’s side, there is a great amount of wealth in Miami. But we need to educate those investors on how do you play this new investment model of entrepreneurship in the technology space to help diversify their own portfolios. ?

Latin American tech innovators are helping build South Florida’s tech ecosystem, which is in its infancy stage – especially when it comes to venture capital. Serge Elkiner is one of the innovators.

The Ecuadorian native moved YellowPepper, a tech startup that provides mobile banking and payment solutions in Latin America, to Miami in 2012. Elkiner realized Miami was a better place to raise angel capital in the early days of the startup, compared with New York, Boston and Silicon Valley. In those mature tech centers, investors are not often familiar with Latin America and can be reluctant to fund companies targeting that region, he says.

“In Miami, investors know Latin America,” he says, referring to angel investors, usually consisting of family and friends. But when it comes to raising venture capital from private equity funds, Miami isn’t as friendly.

“The speed of development of a technology financing environment in Miami is mainly driven by supply and demand,” says Andre do Valle, president of Miami-based Handprint. His company addresses the $150 billion international visitor market in the U.S. through a marketing and analytics platform that runs off its rental smartphones network.

“Technology investors in Miami tend to be more risk averse and close fewer deals,” do Valle says. “Historically, Miami has had a vastly smaller pool of tech investors and startups compared to Silicon Valley. This means Silicon Valley also has a lot more experience assessing risks associated with these types of investments.”

Since moving his company to Miami in 2012, the Brazil native has raised $300,000 in seed financing entirely from angels outside of Miami. However, as Handprint goes out to raise its Series A round in the upcoming months, do Valle hopes to change this and involve South Florida investors and advisors.

To Colombian-born Ricardo Villadiego, raising venture capital to grow his startup, Easy Solutions, was a challenge. But it all changed when he met with Miami tech entrepreneur Manny Medina. In May 2013, Medina’s Medina Capital injected $11 million into the cyber security and fraud prevention company, which has been based in Sunrise but is moving to Doral.

“Before closing the funding with Medina Capital, we had 91 clients,” Villadiego says. “Now, we have more than 220 clients and offices in Miami, Atlanta, San Francisco, Detroit, Chicago, Boston, London and Tokyo.”

eMerge Americas doesn’t want to be just bigger and better in 2015. It just wants to be more inclusive, innovative and diverse.

One of the major additions in the second year of eMerge is the creation of the Women Innovation & Technology (WIT) summit, which will enable female tech influencers to share their insights on finding success through technology.

One of the WIT speakers will be Poornima Vijayashanker, who was the sole female engineer at Mint.com – a startup company later acquired by Intuit in 2009. She recently wrote the book “How to Transform Your Ideas into Software Products,” which will be the subject of the discussion she leads.

Cuban blogger Yoani S�nchez, who has become internationally known for criticizing the Cuban government, will share her experience about using technology to advance a cause.

“We are trying to focus on successful case studies, where the take-away is tangible and attendees could apply those ideas to their business or their own career,” says Marianna Lopez, content director at eMerge Americas and one of the forces behind WIT.

eMerge will incorporate other new ideas to help create a more holistic experience, eMerge Americas COO Giraldo Gutierrez says. For example, participants will have to walk through the expo floor to reach the summit halls. Also, the startups competition will be open to companies from Latin America, Europe and the entire US. In 2014, it was mostly limited to Latin American and South Florida companies.

“It will be a global competition,” Gutierrez says.

There will be improved content integration between what is discussed on a panel and what is displayed on the expo floor.

“So, if a panelist will be talking about 3D printing, then, you will be able to see a 3D printer on the expo floor,” Lopez says. “That is something that was missing this year.”

eMerge will also incorporate more technology in many areas, including the registration process. For example, new technology will help track the flow of participants so sponsors can interact later with the attendees, Gutierrez says.

“It will be more of an integrated experience.”