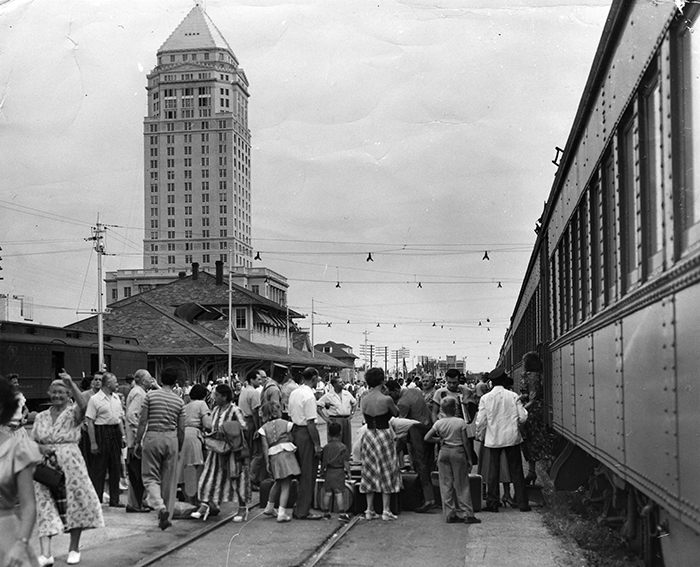 History says railroads are the track to a developed Florida.

Henry Flagler, a partner at Standard Oil Co., was delighted by Florida’s warm weather and scenery when he first visited
St. Augustine on his honeymoon in 1881. He was disappointed by the lack of transportation infrastructure around the then-rural state, but saw great potential. By 1885, Flagler had sold his interest in the oil company to focus on developing the Florida peninsula for tourists and future residents.”

His Florida East Coast Railway eventually brought tourists from Jacksonville to Palm Beach to Miami and, eventually, all the way to Key West, building extravagant hotels at every stop of the ride.

The FEC was finished by the turn of the century and brought tourists down the coast by the thousands. Flagler’s investment paid off and Florida would come to be known as a tropical paradise in the United States. However, as the interstate system gained favor after World War II, visitors began to step off of the railroad platforms and into the driver’s seat. The FEC discontinued its unprofitable passenger operations in 1975.

Now, as the Florida population soars and I-95 slows to a standstill, developers seek to mirror Flagler’s success by bringing people back to the railways – only this time traveling at speeds up to 125 mph. All Aboard Florida (AAF), a subsidiary of Florida East Coast Industries, hopes to quickly transport people from Orlando International Airport to the downtowns of West Palm Beach, Fort Lauderdale and Miami using the old path of the FEC. AAF also wants to build its Miami and Fort Lauderdale stations where Flagler’s hub stations once stood, stirring up new interest in the urban areas. Will connecting urban areas to make travel easier in Florida be profitable? Henry Flagler would probably be on board. ? “

Information for this feature is courtesy of the HistoryMiami Archives & Research Center, which is open to the public and contains more than 1.1 million images of Southeast Florida, the entire state and the Caribbean from 1883 to the present. For more information or to visit HistoryMiami, go to historymiami.org.