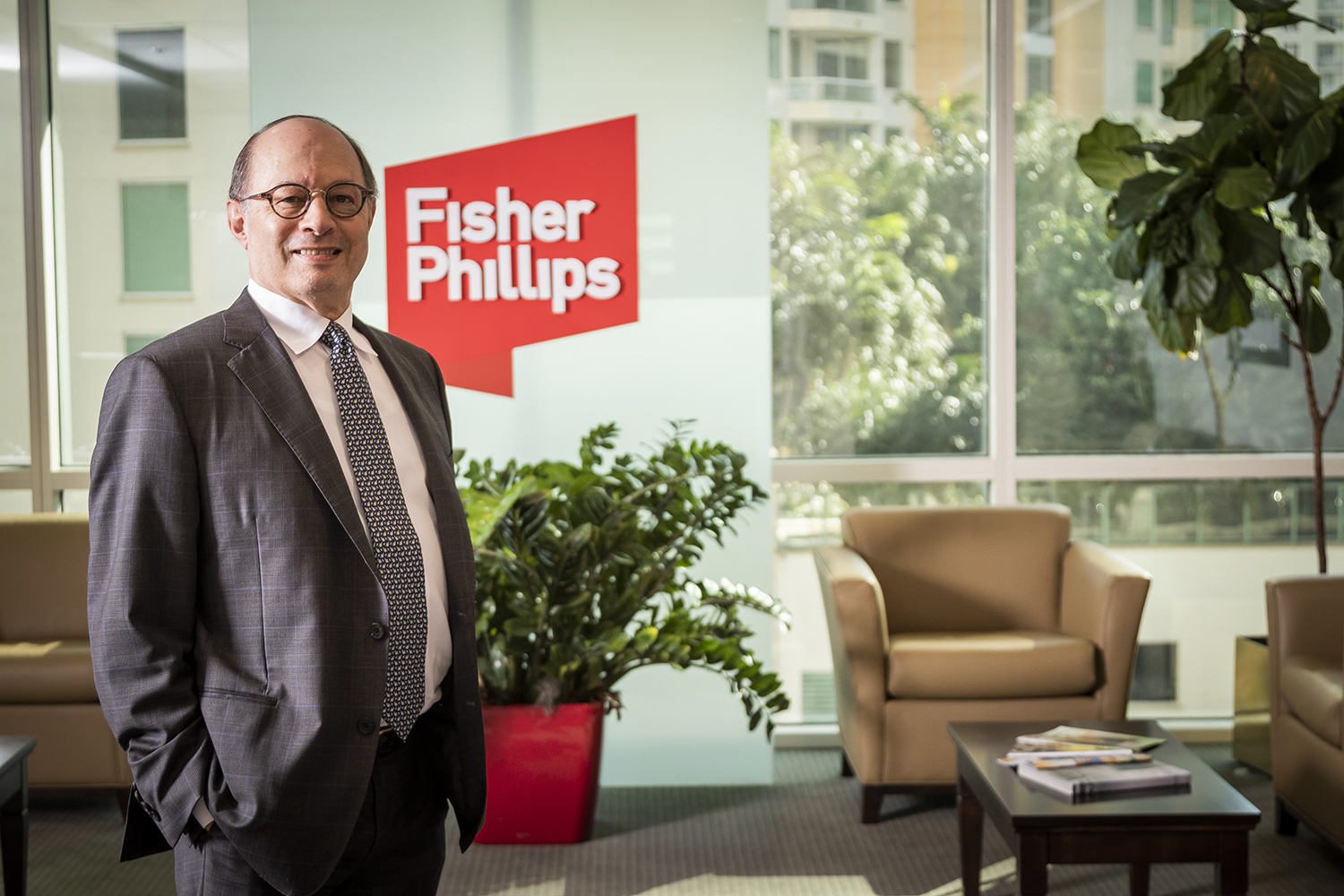 There’s no shortage of goals at the Florida Chamber of Commerce, as a South Florida attorney leads the group as chairman this year.

One goal is seeing Florida’s $1.04 trillion economy go from equaling the GDP of Mexico to rivaling Canada’s $1.65 trillion—10th best globally. A key part of that effort would be more educational attainment, starting with 100 percent of third-graders being able to read at that level compared with about 58 percent now. Another is fighting over regulation, such as too many votes on amending the state constitution.

“The state of Florida is phenomenal. We’re the third-largest state in the country. We’re adding over 900 new residents and we’re adding $1.19 million of income migration per hour in Florida,” says chamber chairman Charley Caulkins, a partner at Fisher & Phillips in Fort Lauderdale who represents businesses on labor and employment law issues.

Caulkins knows Florida well, having moved here in 1985 from Greenville, South Carolina, to join Fisher & Phillips. He has served as chairman of the Greater Fort Lauderdale Chamber and the Broward Workshop, a group of top business leaders. His first boss ended up being chairman of the U.S. Chamber of Commerce.

The Florida Chamber is exhaustive in settings its goals with a 2030 blueprint that investors paid $2.1 million to research and complete. The late H. Wayne Huizenga provided a major gift, Caulkins notes.

“We have 39 specific types of goals that we believe we need to accomplish working together in the state of Florida to be very successful in 10 years,” he says. “For example, education is a big, big deal for us.”

The third-grade reading goal is important, because studies say if someone isn’t reading at that level at the end of third grade, they are likely not to graduate from high school, likely to have poor job prospects and more likely to go to prison, he says. “So, we grabbed a hold of that said, ‘Well, we’ve got to have this audacious goal. It is a big goal to have all third-graders read in third-grade level. I know how tough it is going to be because one of my daughters is a third-grade teacher here in a very underprivileged school.”

The chamber has developed thefloridascorecard.com to provide a quick way to track key metrics. For example, third-grade reading gets a “green” for improving. The unemployment rate at 3.0 percent is green, but there’s a red label for the change in jobs year over year because job creation slowed just a bit.

The chamber has what Caulkins calls a “very effective lobbying team” working in Tallahassee to represent the 100,000 job creators it represents in the state, as well as citizens in general.

One focus is making it more difficult to amend the state constitution. Caulkins says it’s too easy for a billionaire to buy their way to getting an amendment on the ballot. One change already is that those gathering signatures can’t be paid on a per signature basis, which Caulkins says can result in fraud.

The Florida Supreme Court earlier this year cleared the way for a proposed citizen’s initiative called “Keep Our Constitution Clean.” It would require two votes for a constitutional change to become law.

“It shouldn’t be every year, every election cycle, there’s new constitutional amendments to think about,” Caulkins says. “You read the thing. You’re trying to figure out, what is it? I think many of our citizens say, ‘Well, if the Supreme Court put it on there, it must be good.’ And they just voted yes, and that’s not a way to do business in the state of Florida.”

Some amendments, like a cap on classroom size, are well-intentioned, but districts are forced to abide by them regardless of whether it makes sense in every situation, he says.

“We have a fundamental principle that any proposal—whether we like it or not—any proposal that could be accomplished by the legislators, we’re against it going in the Constitution,” Caulkins says. That way if something doesn’t go right, it can be more easily undone.

Another aspect of the chamber’s goals is just to improve perceptions of Florida.

“One of the things we have that people don’t necessarily appreciate is we actually have a pretty diverse economy. You think tourism, you know, the beach, but we actually have significant manufacturing jobs in Florida. Our blueprint calls for enhancing that over the next 10 years,” Caulkins says. “We need to wake up as citizens of Florida, because our higher-ed system is actually very highly rated. When you look at U.S. News and World Report, we have some outstanding higher education institutions that I don’t think we all really realize and we should be talking it up.”

Floridians should have the same swagger about their state as Texans have about theirs, he says.

Another chamber initiative is called, “From poverty to prosperity.” The chamber has hired a full-time manager for the program, which emphasizes how the free enterprise system can create pathways to get people out of poverty.

There are 875,000 children in the state in abject poverty, particularly in 150 of the state’s 943 ZIP codes. Broward College, under President Greg Haile, is targeting certain ZIP codes to let residents know about scholarships and free training programs. In West Palm Beach, Wayne Huizenga Jr.’s Rybovich Superyacht Marina is spending a lot of money to go into the nearby community and work on education, training and jobs.

“This is going on around the state of Florida. I’m so proud of the chamber’s initiative on this, I just can’t say enough about the businesspeople taking this initiative and applying free enterprise concepts to it rather than just throwing money at a problem,” Caulkin says.

State leadership is also taking another look at increasing vocational education, which also was backed by U.S. Commerce Secretary Wilbur Ross during a visit to the state in 2019. For example, many high schools no longer offer the shop classes that once were ubiquitous.

“It’s time to look for some alternative encouragement for young kids to look for career paths that aren’t necessarily college or university,” Caulkins says.

The chamber has also become certified by the National Safety Council to launch a safety and health initiative.

“We’ve hired another full-time manager and she is putting together a group of business-safety experts and we’re going to raise consciousness in Florida of employers. We’re going to offer free training other ideas on how to have a safe workplace,” Caulkins says. “It falls right in line with creating opportunities, creating that reputation that Florida is a good place to bring your business and work.”

If you talk to the Occupational Safety and Health Administration, there are issues in the state about employees performing their jobs in a safe manner, particularly in the construction industry, he says. “We just think that bringing this sort of mentality is just another winner—that Florida cares, that businesspeople care. It has always bugged me that it’s easy to rap big, big business and say they don’t care about anything except about profits. They don’t care about people and it rises even to a political agenda, depending on who the candidate is.” ♦