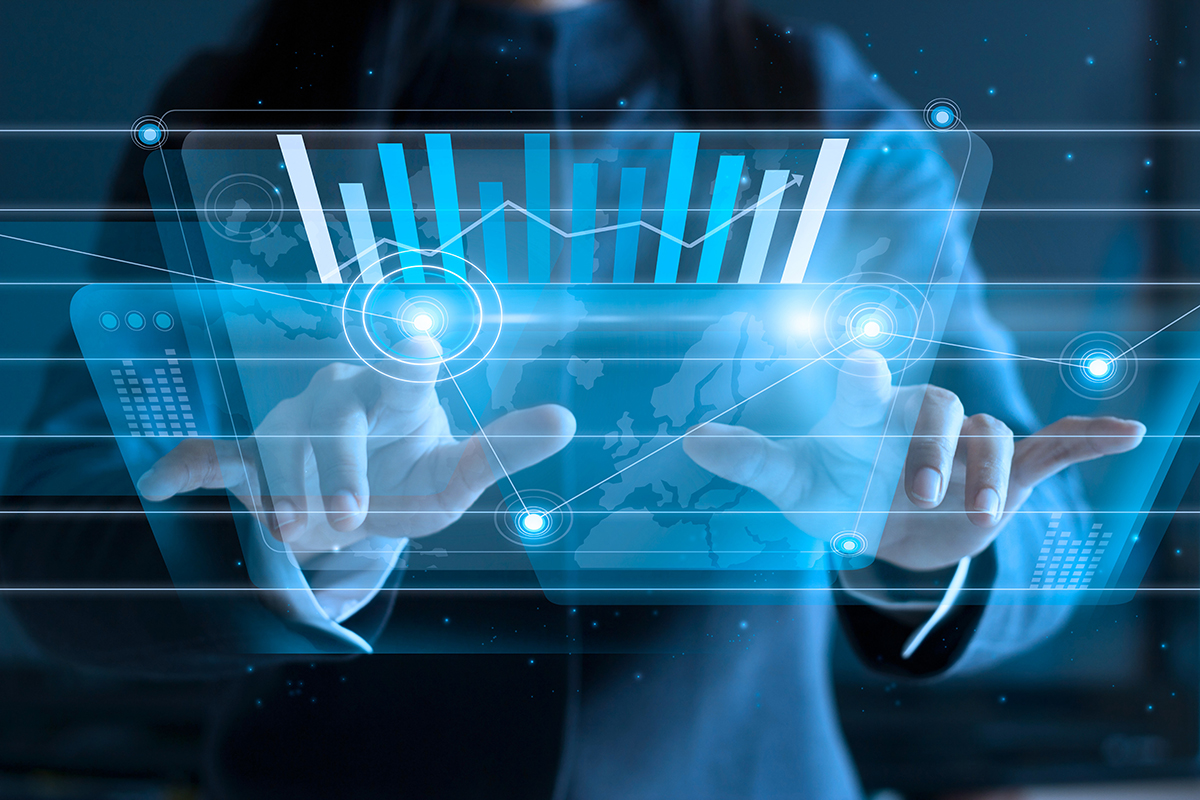 Austin is widely recognized as a national technology center, but guess who is just behind it in tech employment? South Florida.

The new Computing Technology Industry Association Cyberstates report shows Austin had 154,884 tech jobs to rank No. 18 nationally, while the Miami metro area was ranked No. 19 with 148,489. South Florida ranked ahead of another widely hailed innovation hub, Portland, which was No. 20 with 136,803 jobs.

The Cyberstates 2019 report belies the stereotype of Florida as a technology backwaterr: It ranks fourth nationally for tech jobs and second for net tech jobs added.

Among urban areas, South Florida ranked 13th nationally with 4,262 tech jobs added in 2018 and its 3 percent increase ranked 15th. The national increase was 2.3 percent. The report’s authors predict a continued tight labor market for technology employment in the state.

During an April 4 SFBW panel discussion on HR issues, Sentry Data Vice President of Human Resources Sally Cornet said the labor market in technology is so tight it seems like there is negative unemployment. “Everyone is getting a job and some of them should be unemployed,” she quipped, drawing a laugh from the other panelists.

One huge jump for South Florida in 2019 was a 130 percent increase in emerging technology job postings, the Cyberstates report found. One example of emerging technology would be Magic Leap of Plantation, which is a national pioneer in augmented reality systems. The careers portion of its website in early April listed more than 100 technology positions at its headquarters.

The tech sector contributed $22.3 billion to the South Florida economy, about 7.2 percent of the overall total. Median tech wages were $67,820, which were close to the average nationally but 79 percent higher than the median wages in the state.

Florida overall added more than 18,147 new tech jobs in 2018, up 3.3 percent, and the tech sector increased its contribution to the state’s economy, according to Cyberstates 2019, which is marketed as the definitive guide to national, state and metropolitan area tech sector and tech workforce an-alytics. It is published annually by CompTIA, the leading technology industry association.

Since 2010 net tech employment in Florida has grown by more than 104,000 new jobs. With nearly 568,000 workers, tech accounts for approximately 6.1 percent of Florida’s workforce.

“Clearly the broad-based impact of the tech industry touches virtually every community, industry and market across Florida, especially when you consider the thousands of knowledge workers who rely on technology to do their jobs,” said Todd Thibodeaux, president and CEO of CompTIA.

“The sun is shining on the tech industry of Florida as the state ranked second nationally with a net tech employment increase of 18,147 jobs,” said Sarah Matz, director of state government affairs for CompTIA in Florida. “Florida’s tech wages are now 86 percent more than median wages across the state, and the tech sector contributes $71 billion to the state’s economy. The state’s elected officials are taking great strides to ensure the Florida remains a leader in attracting and retaining technology businesses. Through workforce development initiatives and responsible tax law, the Sunshine State will ensure a bright future for all its residents.”

Cyberstates projects the base of tech occupation employment—a subset of net tech employment will grow by 10.7 percent in Florida by 2026. Retirements will add even more pressure to meet the need for tech talent.

“The findings attest to a tech labor market that will remain tight as employers balance short-term needs with an eye towards the future,” said Tim Herbert, senior vice president for research and market intelligence at CompTIA. “As digital-human models begin to unfold, employers and employees alike will face new challenges—and opportunities, in shaping the workforce of tomorrow.” ♦ 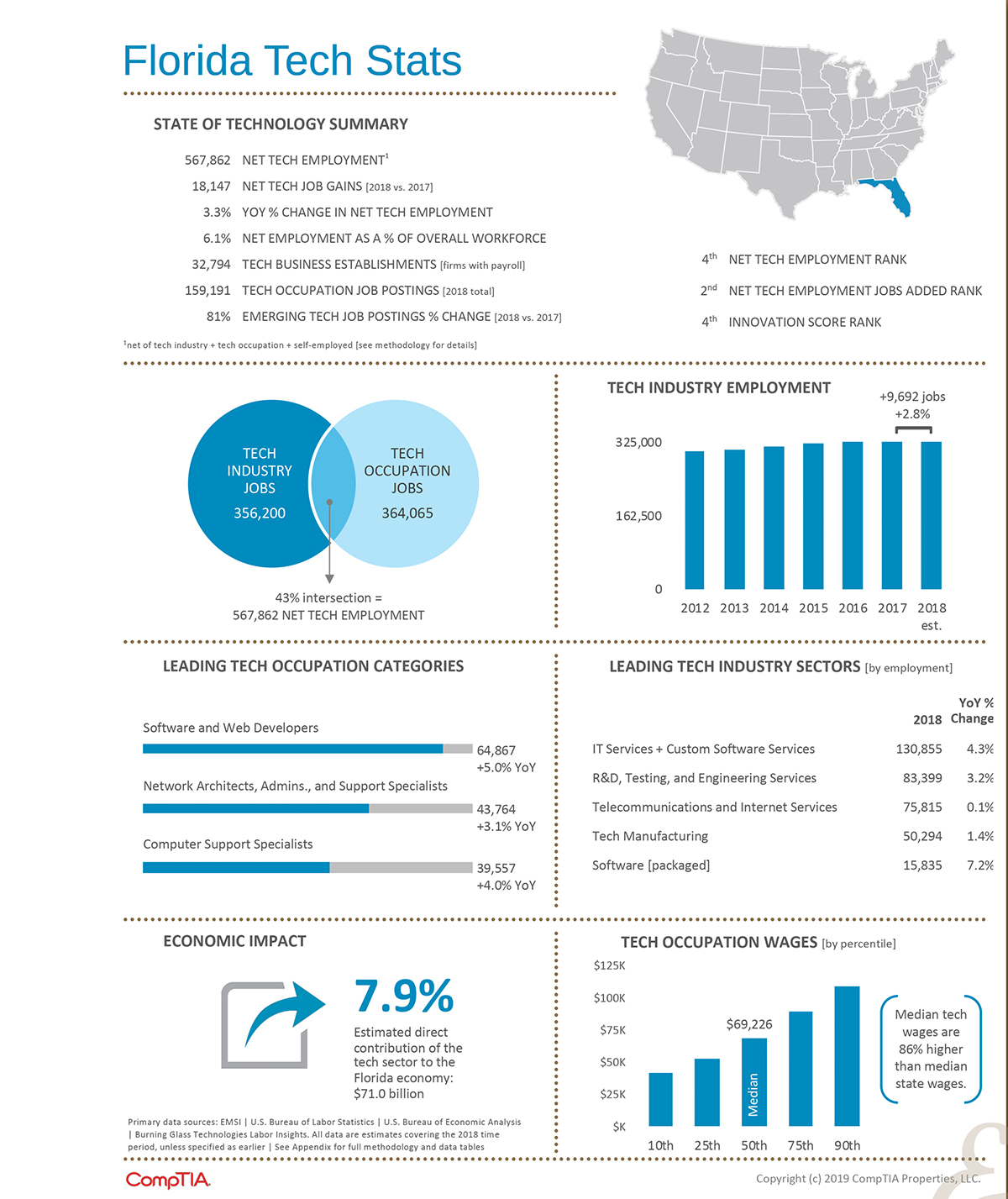