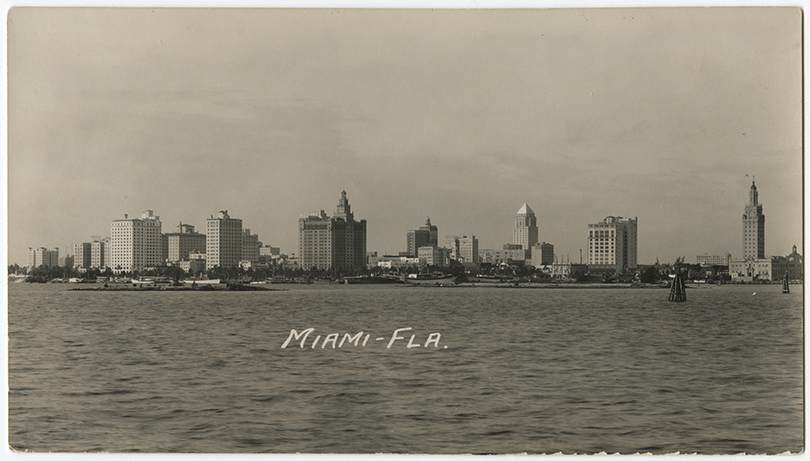 It was the summer of 1929 and Miami was buzzing with the extravagance of the Roaring ’20s economy. New innovators and business types had freshly relocated to the city after the Florida land boom, and the heat of July in Miami was in full swing. It was the same type of warm weather system that brought the devastating Great Miami Hurricane into town just three summers prior. The Category 4 storm wreaked havoc, but also created a new landscape for the city: plots of land that needed to be rebuilt.

These were the key ingredients that led to Miami’s first notable skyline. Civic spaces, hotels, banks and commercial development projects emerged across the city center during the second half of the 1920s. Although these buildings may not size up to the current projects along Brickell Avenue, they were architectural marvels of their time.

The 13-story, multipurpose Bank of Bay Biscayne Tower featured the headquarters of Western Union Telegraph, penthouse executive lounges and even a basement (a structural wonder, considering it was 4.5 feet below sea level). Developers spared no expense. The bank building came to a grand total of $2 million – or $27 million, adjusting for inflation.

Buildings such as the Venetian Hotel, the Ingraham Building and the county courthouse all sprung up in this period of big entrepreneurs with bigger dreams. While 1920s development brought a skyline to South Florida, extravagant design continues to evolve as Miami’s love affair with the grandiose reaches new heights. ¿

Information for this feature is courtesy of the HistoryMiami Archives & Research Center, which is open to the public and contains more than 1.1 million images of Southeast Florida, the entire state and the Caribbean from 1883 to the present. For more information or to visit HistoryMiami, visit historymiami.org.