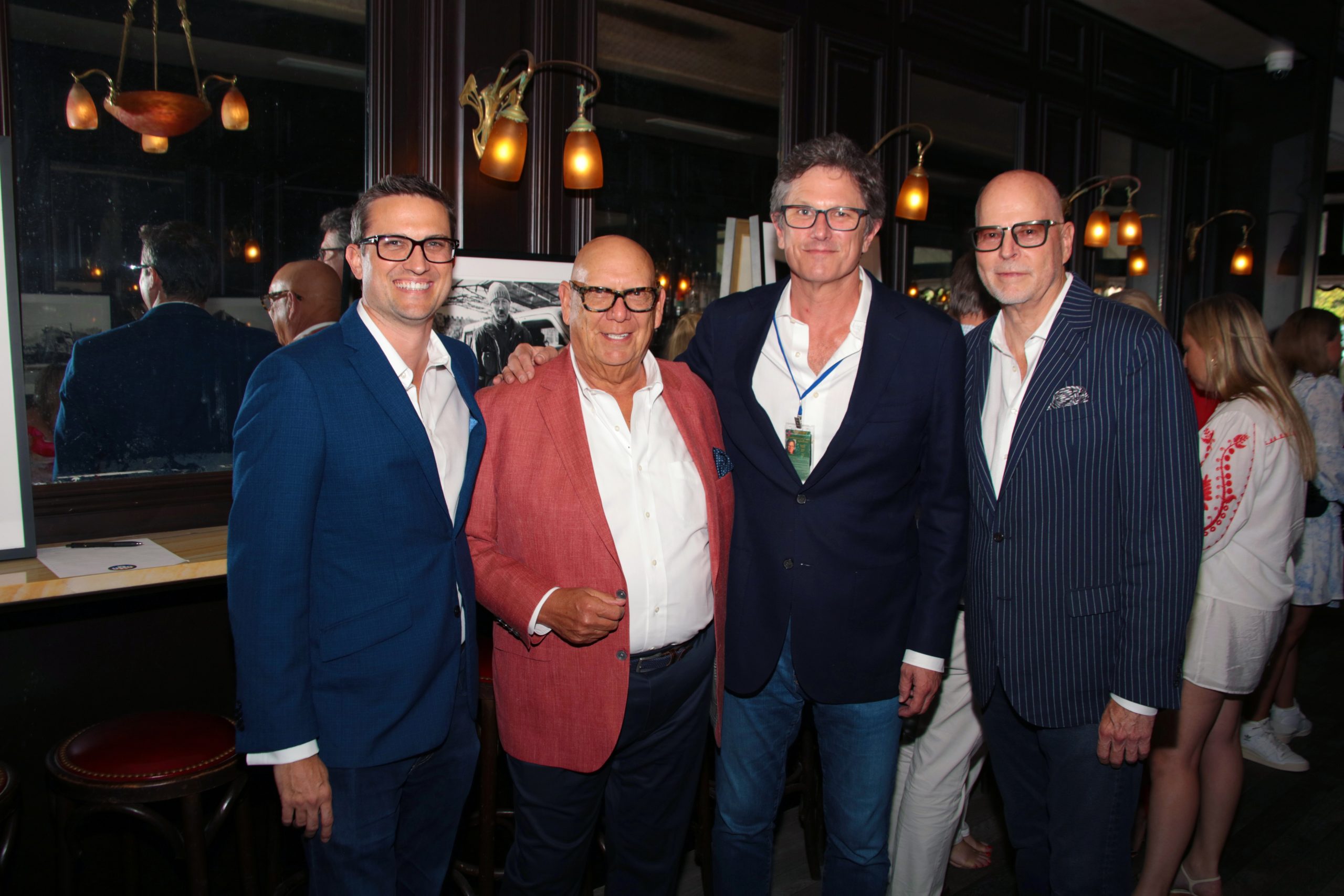 During the reception, Richards spoke on his experience in Kyiv, while Brynzak and Blohina shared personal stories via satellite feed from their home in Kyiv of what life is like now in Ukraine while bombs erupted in the background. More than $20,000 was raised that will go directly to the families in Kyiv.

Richards spent close to a month in Kyiv photographing, reporting and volunteering. His photographs from the battlezones and war life in Kyiv and Lviv were exhibited at the event, with proceeds from sales being donated to URO. La Goulue Palm Beach underwrote the reception.

URO has worked to raise funds to support the front lines and humanitarian efforts during the war. Blohina is a Ukrainian Olympic coach in Rhythmic Gymnastics with strong ties to the Ukrainian government, military and sports worlds in Ukraine.

“This is our country, our city, our family. Like so many of you, I am a mother of two beautiful children,” she says. “We will not be pushed out. We are not leaving.”

Donations to the Ukraine Resistance Organisation (URO) can be made here: https://taplink.cc/ukraineresistanceorganisation