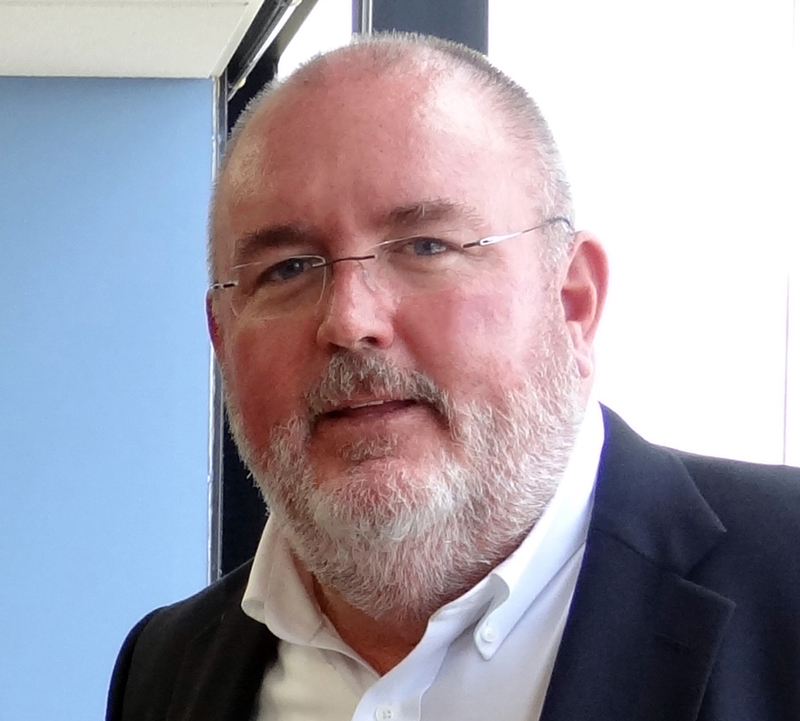 The association’s flagship event is the renowned Fort Lauderdale International Boat Show, which it owns. “The boat show is the biggest in the world,” he says. “People come to Florida from all around. More than $100 million in sales took place in last year’s show. It brings more than 100,000 people from more than 52 countries.”

Purcell says the boating industry is a huge job creator for the entire region, with a positive effect on other businesses as well. For example, the Publix supermarket near the 17th Street Causeway does a lot of business helping provision yachts. He adds that many people who first moved down here to work on ships, eventually settled here to raise families and are now working on land. “A lot of our finest restaurant chefs were on our boats,” Purcell says, “And their kids are in our schools.”

During the boat show, local restaurants have their best days of the year, he says. “And there are more than 1,000 planes on the tarmac, coming and going.”

“A yacht is the greatest creator of jobs,” he adds. “They pay 28 percent more in salaries than the state average.”

Purcell says his association has been active in trying to get local youths involved in the boating industry. Under his tutelage, it has created a “Salty Jobs” video shown at local schools that fits in perfectly with the association’s goal to protect, advocate, grow and promote the local boating industry. The association is the largest trade organization in the Southeast; the maritime industry has created 110,000 middle-class jobs in Broward County alone and 136,000 jobs regionally.

In order to ensure the boating industry can continue to grow and flourish in the area, Purcell spearheaded an effort to improve and build better infrastructure in Broward County. “And we recently passed a tax cap [on boat refitting and repairs] so we can remain competitive with other countries. We want to be forward-thinking. All we’re doing is making sure we’re competitive globally,” he says.

Does Purcell ever think his industry is being taken for granted? “All the time,” he says. “We want to make sure our voice isn’t just heard at boat show time. We give scholarships, we do water cleanup. We’re always advocating on behalf of the community. The benefits of the boat show outweighs the five days.”

However, Purcell believes some people are resentful because of the way they perceive the boating industry. “We’re always reminding people this is not just a rich man’s sport,” he says.

An important goal of the association has been the dredging of area waterways, which enables larger vessels to navigate and have access to docks and various amenities. Purcell says some people do not fully understand the importance of that activity. “If people see a dredge, it’s not there to harm the environment. We’re the greatest environmental steward you’ll ever see,” he says.

One of the industry’s greatest concerns in recent years has been All Aboard Florida’s Brightline, a high-speed rail service on the Florida East Coast Railway, which is starting this summer and crossing the New River in downtown Fort Lauderdale. Tri-Rail also wants to add a commuter line on the railway.

“We worked closely with All Aboard Florida/Brightline representatives to understand the implications of a bridge crossing that is 4 feet above the water and at-grade along our major roadways,” Purcell says. “With 30-plus Brightline trains and 50-plus Tri-Rail Coastal Link trains expected, we want to ensure that those trains do not paralyze navigation and create great economic harm along our waterways and our roadways.”

While the association advocates for the infrastructure needed by the third-largest state in the nation, Purcell doesn’t want to see his industry sacrificed.

Purcell says Brightline adversely would affect many marine businesses upriver from the train crossing. “There are 13 boatyards upriver of the FEC bridge, which, along with the Dania Cut-Off Canal, predominantly comprise the bulk of the refit and repair business,” he says.

Before joining the association, Purcell was a partner and held senior management positions with Westport Shipyard of Washington State, the largest yacht builder in North America. During his tenure, Westport grew from a small company to a leader in the industry within the United States and internationally.

As for Purcell’s professional and personal plans after he steps down, he says: “I’ll be spending time with my family, children and grandchildren. I have no additional plans at this time.” ♦

To showcase the impact of the area’s marine industry, the fourth annual Marine Industry Day—hosted by the Marine Industry Association of South Florida—will be held Saturday, June 17, at Fort Lauderdale’s Esplanade Park,
400 SW Second St., from noon to 5 p.m.