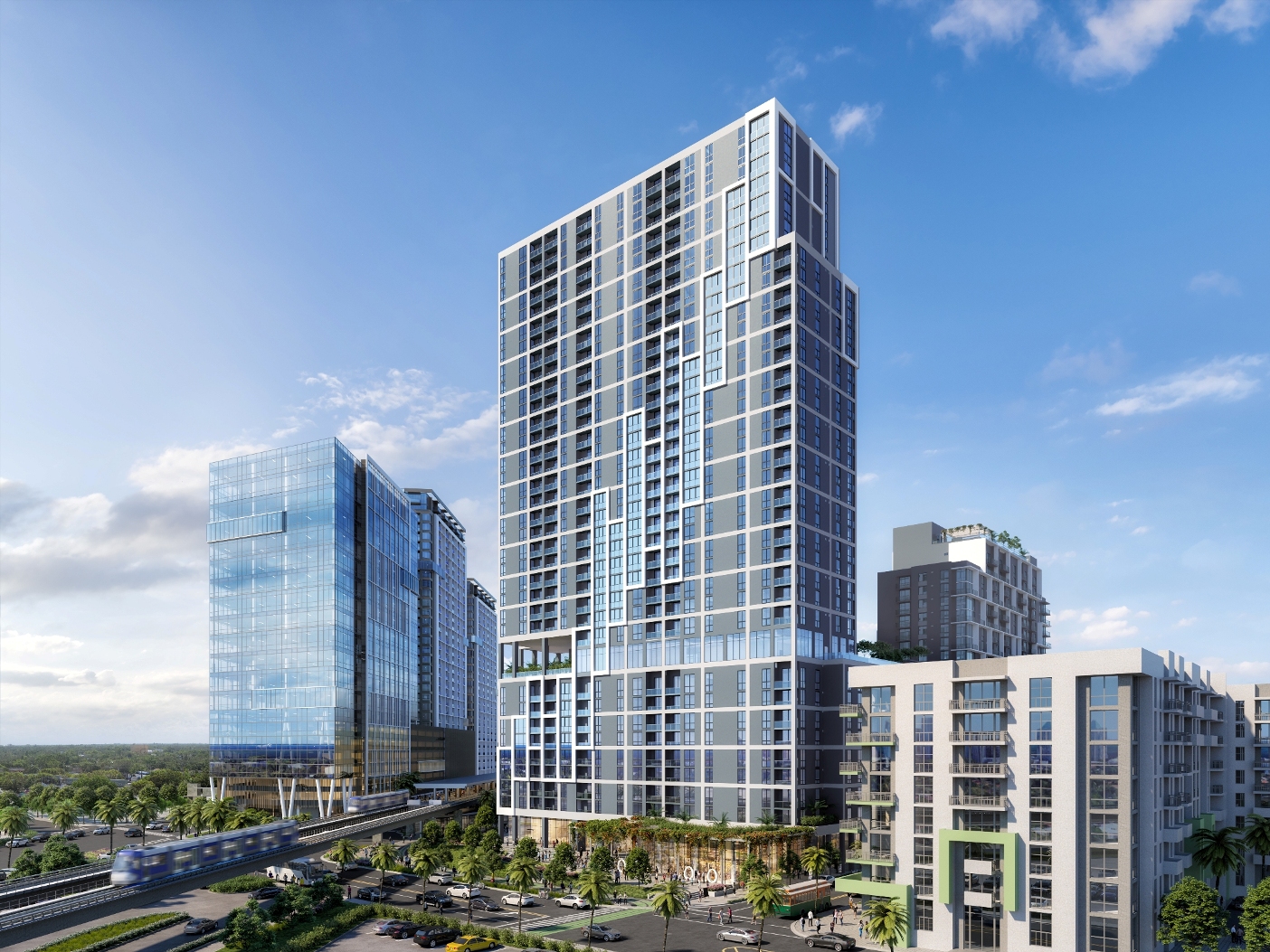 A Miami-based family-owned and operated grocer is set to expand in 2022 with the completion of Miami development Link at Douglas.

Milam’s Markets sixth location will occupy 25,000 square feet at Cascade, the multifamily tower at Link at Douglas, which is being developed by Miami-based real estate developers 13th Floor Investments and Adler Group, in partnership with global investment manager Barings. Cascade’s 36 stories feature 421 rental apartments is just one part of Link at Douglas’ seven acres. The mixed-use development, adjacent to Miami-Dade County’s Douglas Road Metrorail station, will encompass 1,500 residential units, over 30,000 square feet of retail space, a 250,000 square-foot office building, and a public plaza that connects with The Underline, a 10-mile-long linear park running from Downtown Miami to South Miami.

“Our new store will provide a shopping experience similar to our other stores. Not only will we be able to better serve those living on the West side of US-1—trust us, we know how hard it can be to cross that intersection sometimes—but we will also be joining the ‘Urban Evolution’ and Metrorail redevelopment with our store having immediate access to the Douglas Metrorail Station,” said Kristie Milam, Milam’s Markets CMO and Director of Real Estate.

The addition of Milam’s is promising for Link at Douglas, which the developers expect will set a new standard for urban living by catering to residents of Miami who are looking for ways to avoid road congestion through public transit while seeking a more connected lifestyle. Miamians won’t have to wait long to experience it. Construction is set to be completed summer 2022, and Core, the first tower, is expected to open in the second quarter of 2021 with 22 stories, 312 rental apartments and 6,000 square feet of retail space.

“The addition of Milam’s to Link at Douglas compliments our strategy to develop a cohesive project with an attractive mix of uses that will transform the area,” said Adam Mait, who leads retail leasing for the Adler 13th Floor Joint Venture. “We are thrilled that our future residents and visitors will have a best-in-class grocer as part of our cutting-edge transit oriented development.”

Link at Douglas is being developed through a collaboration with Miami-Dade County in which the developers have entered into a ground lease for publicly-owned land that will usher in privately-funded transit and infrastructure upgrades at a critical connection point within the county’s transit system. The development’s mobility plan includes connectivity to Metrorail, county buses and municipal trolleys. Additionally, the development will incorporate over $17 million in public infrastructure improvements, including a fully renovated Metrorail station, a public plaza with active retail, and a section of The Underline.

Pictured above: Link at Douglas rendering