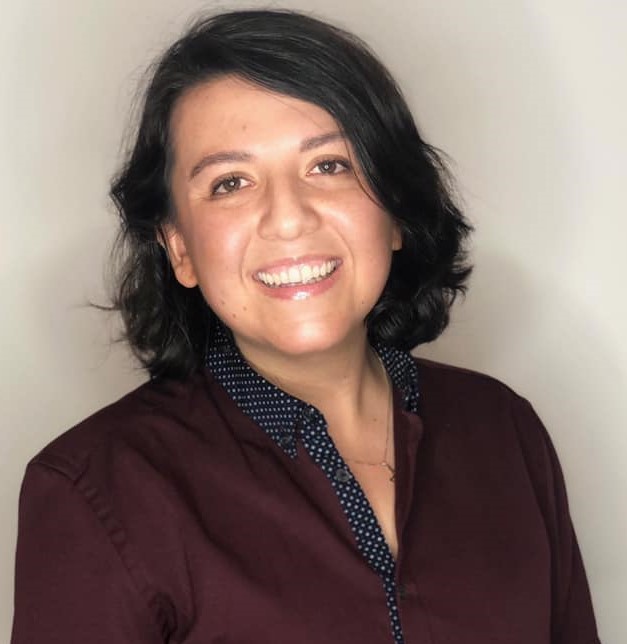 When Maria Medina was 17, she had to reevaluate her career trajectory after an injury curtailed her burgeoning soccer plans.

But she didn’t set a path in stone immediately. The Bogota native studied business management and marketing at Brunel University in London. A degree, she says, for “when you don’t know what you want to do in life. Because it allows you to really go into different things, like business management, statistics, marketing.”

Including, as it turns out, running a business. While working in statistics and data management at Brunel, Medina’s wife suggested that she needed to go into business for herself if she wanted to use her full potential.

Today, the couple lives in Wilton Manors, where Medina has been the owner of a Minuteman Press franchise since 2014. She and her team create promotional products for businesses such as catalogs, greeting cards, direct mail pieces, menus, stickers, flyers, door hangers and more. It’s these products that deemed her store an essential business during the COVID-19 pandemic, since restaurants and hospitals needed products to communicate with customers.

Even as Medina learned to roll with the punches and change her business models during COVID-19, she found that she needed extra support—something she found through a coach.

“You don’t know what you don’t know,” says Medina, who found her coach through ActionCoach. “[I needed an] additional person out there who is able to give me additional ideas, additional skills, make me think outside the box.”

Medina shared some of the tips she learned about herself and running a business from coaching.

Make accountability systems personal
Through her coach, Medina has learned that “if you enjoy what you’re doing, tasks-wise, you’re more likely to do it.” Medina also liked the feeling of scratching things off her to-do list, so a system that allowed her to continue with that process helped her work better.

Data Matters
Medina’s coach taught her, “You can’t expect what you don’t inspect.” Before she would think of something that need to be done and send an email to staff. A few weeks later, the issue would drop with no follow through.

“But if you are inspecting [a task], and you’re talking about it on a weekly basis, then you can expect it,” Medina says. “Eventually, it becomes habit, and you’re just continuously doing it. But if you’re not questioning, ‘Is this getting done?’ then it won’t get done.”

Now, she tracks four or five tasks that she has to complete weekly in a planner. And she looks at her one-, three- and five-year goals every day.

Habits count
Inspecting her tasks translated into distinguishing what was essential for her to get done.

“You’re more likely to do the things that you find easy, but may not necessarily make you money,” she says. “It’s really about separating those things.”

With her coach, Medina analyzed her processes and how her habits supported them. She began establishing better habits to support essential tasks. For example, she changed her approach to an email marketing campaign she had to complete by thinking about it like “email education” that would educate her customers on her business.

Aligning actions to goals
One of Medina’s goals was to actually work less. To help her reach it, her coach helped her delegate tasks to her staff. At the beginning of the pandemic, she was going to the shop a lot and helping with several tasks. He helped her see the value in her hours. Today, if she goes to the shop two hours a week it’s too much.

“He’s really allowed me to not really need to be as present working in the business doing things that my staff could be doing, and more focused on growing the business—continuing the sales and working on the business so that eventually, it’ll be self managed. And I could potentially sell it to somebody as a self-sufficient business.”

Personal growth conquers all
Based on her experience, Medina believes all people could benefit from a coach or even free resources to support personal growth.

“If you’re not growing as a person, you’re not going to grow as a whole,” she says. “You really need to focus on you as a business owner but also personally and don’t let inertia get you.