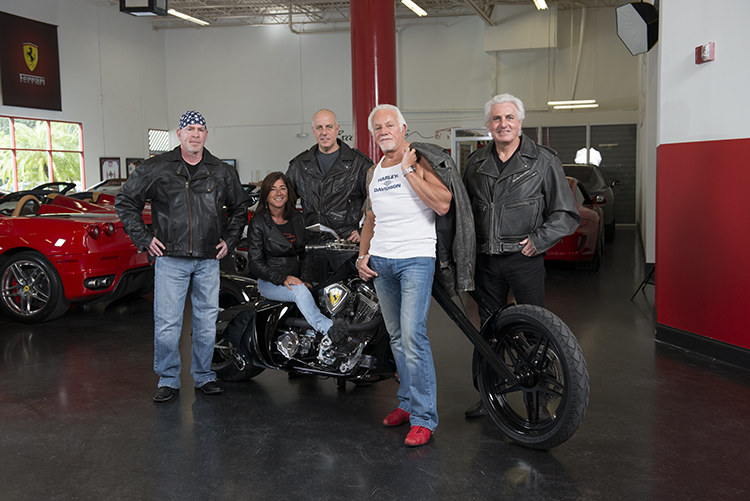 Monroe Gang came to South Florida with the idea of buying a car wash, bagel store or pizza parlor, but ended up building an $18 million-a-year professional recruiting company.

That life would take some twists isn’t unusual for Gang, whose life reads like a movie script. He talks about how he fled the police in a car as a wild teenager, straightened up to join his father’s cabinetry company, was devastated by the death of his brother, was wooed with a $1.5 million job offer, built and sold a $20 million company in four years and re-evaluated his life after having quadruple bypass surgery.

The biggest story about Atlantic Partners, though, may be how Gang transformed an existing money-losing South Florida company that only had $600,000 in revenue. He assembled a team that includes a top technology recruiter in Atlanta and a top finance/accounting recruiter in South Florida. His son, who is president, and a bevy of other seasoned executives have positioned the company for expansion throughout the eastern United States.

Gang grew up in New York and is a top recruiter in the tech field nationally. What he has accomplished in South Florida symbolizes the surge of veteran talent flowing into the region as more people realize this is a great place to build a business, save on taxes and enjoy a great lifestyle.

The kid your parents feared

Gang’s team speaks with respect about his charisma, leadership, honesty and work ethic, but he wasn’t always that way. Gang says he used to break windows and go into homes as a kid.

“I was mischievous, but not malicious. I never hurt anybody. I got into my share of fist fights, but I wasn’t prison material, although some of the parents might have thought I was,” he says.

The turning point was after he took his dad’s car when he was 16, got into a police chase and wrapped it around four other cars. His father was sued by four people.

“I hurt him and saw it and I stopped the activity. I stopped the lying and stealing,” he says. Gang entered his father’s cabinetry and wood working business called Images and Panels. They had about 25 employees with a manufacturing plant in a rough area of Brooklyn’s Bedford-Stuyvesant neighborhood and a showroom in the prestigious D&D building in Manhattan.

Later, the family opened a showroom in Miami Beach and Gang’s brother was tagged to run it, but died in a car crash on the 79th Street Causeway, Gang says. The death devastated Gang’s father and the surviving son was left to run the business. Gang says it turned into an unhappy situation running a business and working without his brother and father.

Making a mark in tech

Gang’s entry into the tech field started when he met the owner of Computer Horizons Corp., Marty Pelcyger in 1983. He sold the cabinetry company and started in sales. Gang says he did well, but things really took off when he was asked by Sperry Corp. to line up programmers in case a unionized programming shop went on strike, which it did.

Perhaps, his background as a fearless teenager was useful after all when he had to help the team cross a picket line. “I personally walked them in every day and walked them home everyday,” Gang says. There were incidents, including someone setting the tail of a police horse on fire.

The saga showed his dedication to clients and he got defense accounts with Grumman and Lockheed. One of his competitors, Solomon Page, made him an offer that was five to six times his salary, he says.

“It sent me into a frenzy of loyalty issues,” he says. He labored over a move for over a year and then finally gave in to an offer of $1.5 million for three years plus stock options and commissions and Joined Solomon page in 1998 as sales manager.

Gang was determined to prove his worth and business boomed as Y2K created a demand for tech workers. After the Sept. 11 attacks occurred, he worked himself into a frenzy trying to do business and ended up having a quadruple bypass at 50.

“That recuperation period was grueling. I started to feel old,” he says. He now works out at the gym and practices yoga. He also has a mantra he repeats throughout the day that expresses appreciation for his health, the success of his business and the clarity of his life.

Gang and a friend talked about doing a small business that would provide a decent lifestyle and let them take off Fridays to play golf, but they ended up building Resource Search Co. into a $20 million a year company.

Meanwhile, Gang’s son David was in the Wall Street area when the Trade Center attacks occurred and was promoted to head trader at Rosenblatt Securities after the attacks. The years after the attacks were tough with the stock market floundering and layoffs hitting firms, David says. He started realizing that a lot of traders were expendable in the 40s and 50s, which was a fate he really wanted to avoid for his own future.

He wanted to do something more entrepreneurial, so David and his farther talked about buying a car wash, bagel store or pizzeria in Florida. Instead, David found out about Atlantic Partners in Boca Raton, whose owner Jeff Levine was gearing up another venture called Salad Creations. Levine was looking for someone with New York smarts to run the office, so David joined as president in mid-2004. He and his father ultimately bought out Levine’s stake to become 50/50 owners and Monroe became chairman and CEO at the start of 2006.

Two years after selling Resource Search, Monroe’s non-compete ran out, so he re-established his practice in the northeast from his new Florida base. Atlantic now does business in 22 states.

At one point Gang says he thought about selling the company, but realized the potential buyers “were no better than us, smarter than us or more efficient.” They just had more recruiters and clients.

He decided to take down the “for sale” sign and grow the business. He started to uncover more opportunities in Florida, Atlanta and Texas in addition to his traditional Northeastern base.

Executive VP and COO Ira Martin, who has an extensive background in operations with Martin Touch Consulting, joined Atlantic Partners in March and helped the company with operational efficiency and finding acquisitions.

Martin has two deals in the works and has already landed one new member of the Atlantic Partners team – Jo-Anne Kunin who started Kunin Associates of Fort Lauderdale in 1995. Kunin’s CPA father was a pioneer in accounting and finance recruiting in South Florida starting in 1971. She specializes in high-level financial executives, such as CFOs, and does about 45 placements a year.

Kunin said she saw an opportunity to partner with a company that had other verticals, which will allow for more cross selling. Martin says Kunin’s depth of contacts is superb and “pound for pound, Jo-Anne does more work than six people.”

Dorothy Parks, the former CTO of Wyndham Worldwide and an IT executive at Cendant, has joined Atlantic Partners as a division president and CTO based in Atlanta. Her practical experience is helpful to clients, Parks says. “I’m able to work with top executives and talk the talk. I can identify with their struggles.”

She joined Atlantic Partners because Monroe Gang had been part of her vendor network for years and he offered help when she was relocating from the Northeast to Atlanta. “I know this company. I know their reputation,” she says. “It was a wonderful opportunity to not only become part of an organization like this, but to establish new operations in Atlanta and the surrounding areas.”

Goldfarb, who has an IT background and was once a top biller at Spherion, says Atlantic Partners lacked discipline and direction. Recruiters would go after any industry and job order that they could get their hands on. Gang allowed the firm to become more specialized in IT and become prime vendors with Fortune 100 and Fortune 500 clients in multiple locations.

Martin helped put in better structure and practices, which has led to an improved interviewing process and a higher hit ratio in placing candidates, Goldfarb says. Atlantic Partners also now develops more talent itself rather than just hiring existing recruiters, says Goldfarb. “We wondered why we were failing, failing, failing. People come with bad habits.”

Goldfarb says he spend a lot of time with clients to delve more deeply into their hiring needs, including anticipation of future needs. Martin says developing those types of long-term relationships make Atlantic Partners less reliant on just trying to fill the requisitions that big companies turn out for an array of recruiting companies to chase.

�We are in a people business,” says Goldfarb. “We are not headhunters. You are matchmaking – putting people together.”

Warren Wright, Atlantic Partner’s Senior VP for Quality Assurance & Process Improvement, partnered with Gang on the sale of Resource Search Company and decided he wanted to partner in his next venture.

Wright is heading up a program to hire military veterans with technology backgrounds and give them training that will lead directly to jobs with companies that work with Atlantic Partners.

Their military backgrounds give them a head start in the security clearances needed by some of those clients. “It’s really such a positive program in every way,” Wright says.

Gang attracts talent with his honesty, integrity, work ethic and a client service orientation, Wright says. “Monroe is a man’s man. He’s fun to be around. He has a great sense of humor and he has all of the properties, speaking of a veteran, that you would want to jump in the fox hole with him.”

Like Parks, Wright has a practical business background, in his case, running a software company and delivering major projects for clients. One of his emphases with job candidates is to do a careful screening rather than throwing candidates at clients. “We like to slow the process down so we can speed up the results. A lot of people in this business skip the quality control processes so they can meet the deadline.” ?