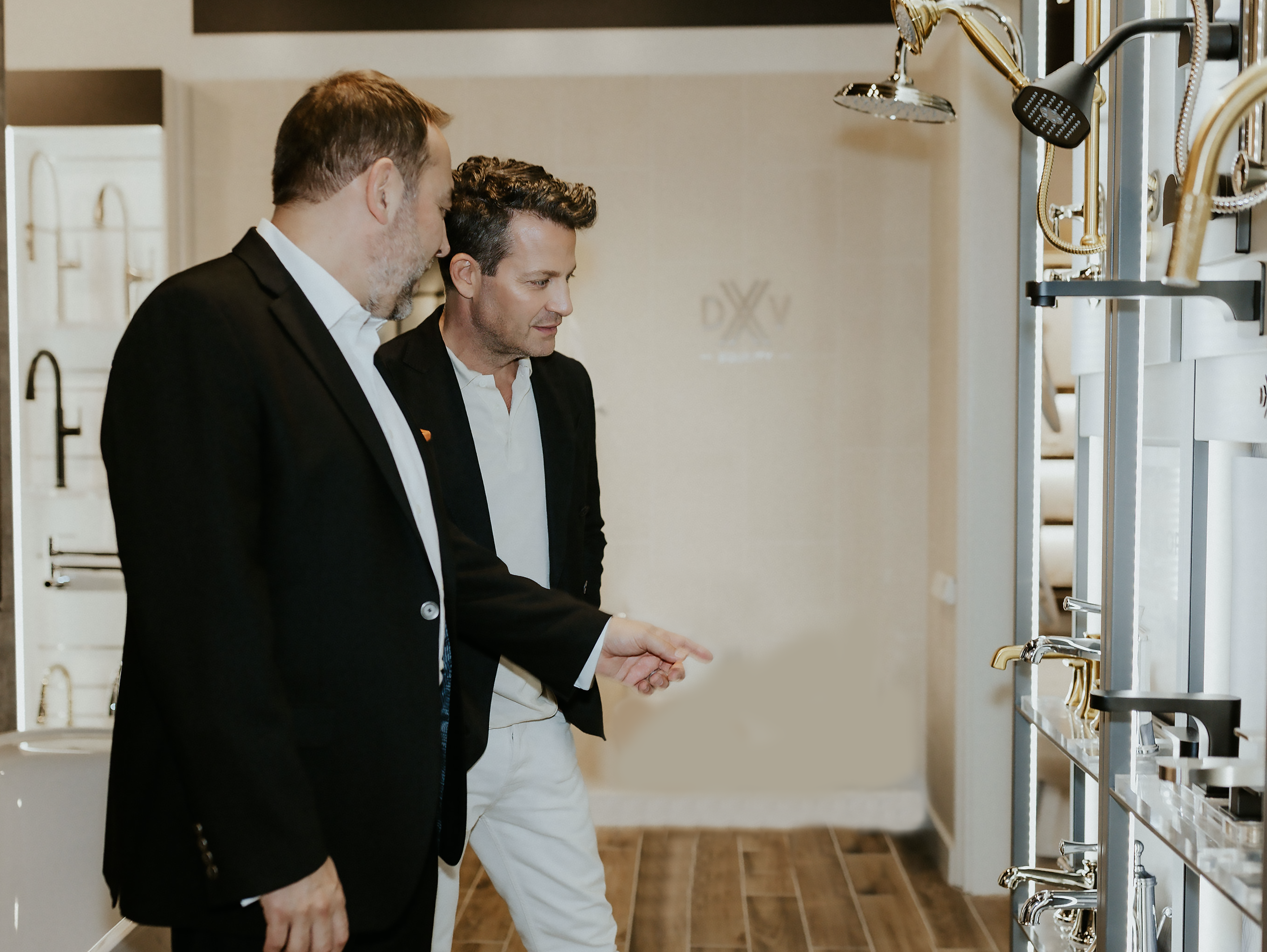 Superstar interior designer Nate Berkus eschews trends. He once told me, if there’s something in your home that doesn’t mean something to you, that doesn’t reflect who you are, who doesn’t remind you or your family of a meaningful moment in your lives, it probably doesn’t belong there.

His sentiments carried a particular poignancy: Berkus lost his longtime partner, Argentinian photographer Fernando Bengoechea, in the 2004 Asia tsunami. The two, who were on vacation together in Sri Lanka, had met on a photoshoot. (Berkus recalled their immediate connection during the session, thinking, Things don’t get any better than this.)

“I’ve always been very careful to practice what I’ve preached over the last 20 years,” Berkus said. “There isn’t anything in my home, that when I look at it, doesn’t remind me of where I’ve been, who I loved, what I saw.”

The AD100 designer reinforced that theme in front of a rapt Coral Gables crowd when he joined Jean-Jacques L’Henaff—who is responsible for design and innovation for the American Standard and DXV product lines in North America—for a casual, often humorous discussion at Ferguson Bath, Kitchen & Lighting Gallery.

Berkus—along with his husband, designer Jeremiah Brent, and the pair’s son and daughter—live on lower Fifth Avenue in New York, but Berkus is no stranger to Miami. He’s close to Celebrity Cruises CEO Lisa Lutoff-Perlo (a true mutual admiration society), who tapped the debonair designer to be the line’s travel ambassador for the Edge series of luxury ships; he also designed the Sunset bar on the newly debuted Celebrity Beyond.

On the home front, Berkus’s current collaborations include a newly launched sleep collection with Beautyrest, roller shades for The Shade Store, a furniture line sold at Living Spaces and a fabric line with Kravet. And the designer who was “discovered” by Oprah, first appearing on her show 20 years ago, will continue his presence on TV: The Nate & Jeremiah Home Project is entering its second season on HGTV in 2023.

Surrounded by the twinkling lighting displays in the Ferguson showroom, L’Henaff elicited from Berkus stories of family life, and how much it meant to him to move back into the Parisian-inflected Greenwich Village home that he and Brent had previously owned from 2013 to 2016—and redesign it, as documented in Architectural Digest earlier in 2022.

The New Yorker found easy camaraderie with the urbane L’Henaff (perhaps it’s the Gallic connection), displaying his characteristic surfeit of charm—as camera-ready as his residential and nautical creations.