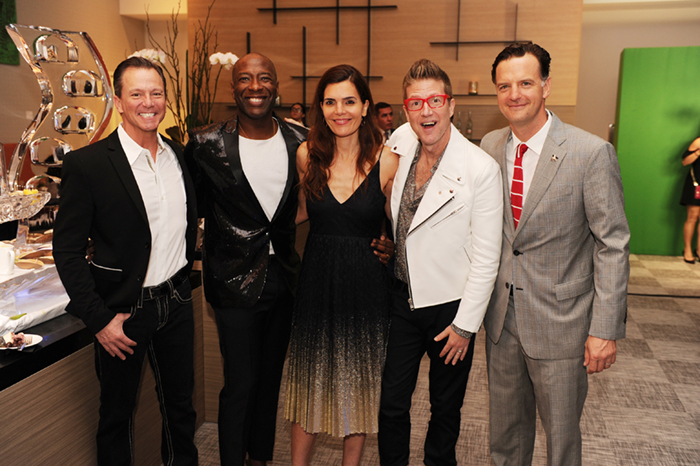 ► The University of Miami Health System inked a deal with Walgreens, in which the university’s UHealth will manage clinical services at the 17 South Florida locations that offer them.

► The Florida Department of Transportation plans to open price proposals in April for a revamped Interstate 395 that would include a new bridge over Biscayne Boulevard.

► Topgolf, a 65,000 square foot entertainment complex, plans to open in late February in Miami Gardens, 17650 N.W. Second Ave., and a second location is planned at the new Shops at Beacon Lakes, across from the Dolphin Mall.

► In partnership with VanDutch, YachtLife has launched a mobile app that enables customers to charter luxury yachts equipped with a captain and crew.

► LiveNinja, a video conferencing and chat platform, has been bought by Net2Phone.

► McDonald’s has partnered with UberEats to offer delivery service from nearly 200 Florida locations, including some in Miami.

► The Bay Harbor Islands office complex owned by the late Marty Taplin was acquired for $20.25 million by Northwood Investors and Wharton Equity Partners.

► Michael Comras’ mixed-use retail project for Fifth Street in South Beach is set to move forward with plans to build 82,251 square feet of retail space, dubbed as The BLVD at Lenox.

► Entercom, the nation’s fourth-largest radio broadcasting company, is relocating its South Florida office from Miami Gardens to Miami’s Little River neighborhood, at The Citadel, which is under development.

► Atlantis University relocated to Highland Park Center in Miami’s health district, tripling its campus in size to a 27,653-square-foot space, at 1011 Sunnybrook Road.

► IGY Marina expands with the addition of One Island Park, located on Miami Beach’s Terminal Island, adding a 15th marina to its international network.

► Fisher Island’s Palazzo Del Sol, the newest residence on the island, is now up for grabs, priced at $6.5 million and up at the 10-story, 43-unit building.

► Porsche Design Tower in Sunny Isles Beach received its temporary certificate of occupancy, paid off its $214 million construction loan and is nearly sold out.