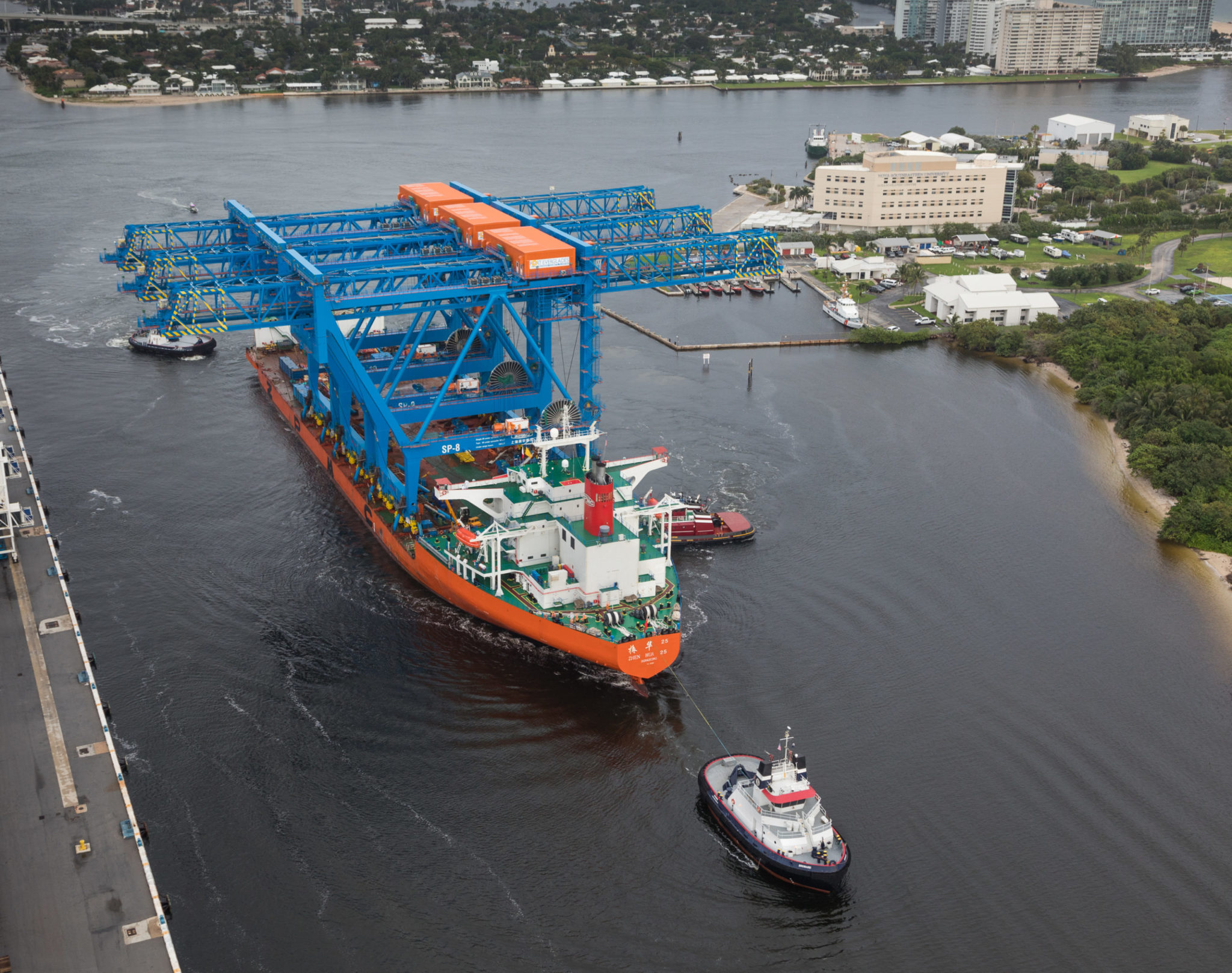 Port Everglades is getting deeper and better. This week, the Broward County Board of County Commissioners approved a project partnership agreement with the U.S. Army Corps of Engineers to move forward with the Port Everglades Navigation Improvements Project. The project will deepen Port Everglades’ navigation channel from 42 feet to 48-50 feet and widen narrow channel areas to take advantage of the greater economies of scale from larger container cargo and petroleum ships. The project is expected to be completed in 2029, creating nearly 1,500 permanent direct jobs resulting from additional cargo capacity.

The full deepening and widening project is designed to enable safe passage of next-generation cruise, bulk, petroleum and deep draft Neo-Panamax cargo ships. As the nation’s leading gateway for trade with Latin America, Port Everglades already handles Neo-Panamax vessels from Europe and South America, but the ships must be lightly loaded, which is inefficient, especially as older fleets are being replaced.

The partnership takes Port Everglades another step closer to becoming even more an economic powerhouse. The seaport, which generates nearly $32 billion a year, is going through a 20-year, $3 billion master/vision plan, which is set to add cargo berths, expand cruise and energy capacity and improve navigation channels to handle larger ships. In early November, it received three 175-foot high Super Post-Panamax container gantry cranes (pictured above), designed by Shanghai Zhenhua Heavy Industries Co., Ltd. Inc., that are able to handle containers stacked eight high from a ship’s deck and reach 22 containers across the ship’s deck. The existing seven gantry cranes that are only 151-feet high and limited to containers stacked six high and can reach across 16 containers will be upgraded to a lift capacity of 65 tons from the current 46.5 tons, adding the capability to perform twin-picks (lifting two containers at a time).

The improvements are sure to inspire confidence in Port Everglades’ trade capabilities. Total trade at the port was down 6.35 percent in October compared to October 2019 (an expected drop due to COVID), but trade actually rose 10.86 percent from September, a healthy rebound story for the month.