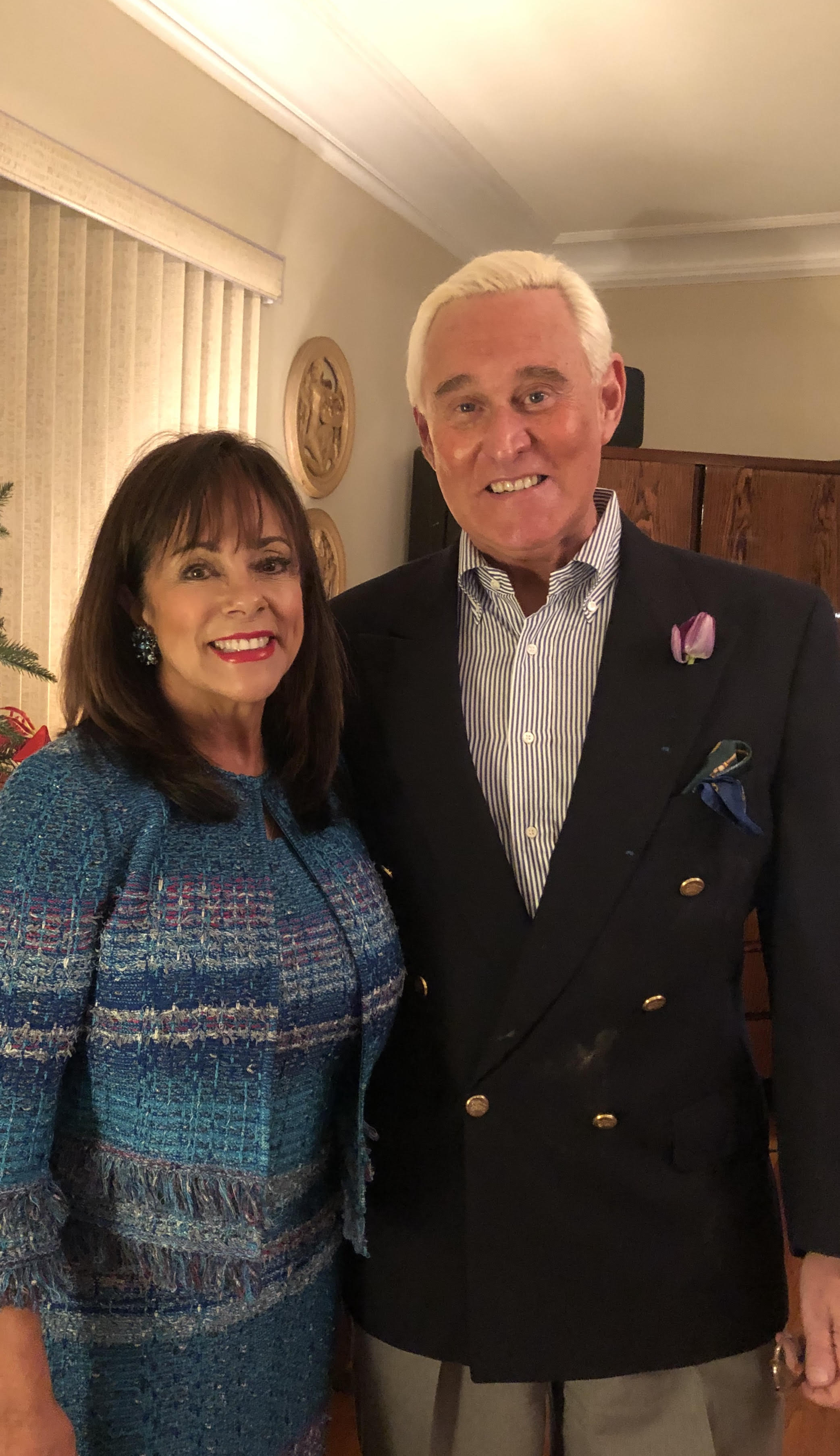 There’s been debate on cable news networks about whether the FBI’s heavily armed raid of Roger Stone’s Fort Lauderdale home was overkill. His supporters and some conservatives say it was and others content it was standard operating procedure.

Now, Stone’s wife, Nydia, has sent out an email outlining the raid from her perspective and seeking funds for her husband’s defense. Stone has pleaded not guilty to charges of obstruction, witness tampering and making false statements.

“A little before 6am, twenty-nine assault weapon wielding FBI agents in full tactical gear, and wearing night vision goggles, surrounded our home,” Stone writes. “Because I am hearing impaired and I was sleeping, I did not hear the commotion when an FBI agent pounded on the door demanding my husband open it. I did not know he had been handcuffed and taken into custody. I woke up only when two FBI agents burst into our bedroom and demanded that I get out of bed at gunpoint. I was marched out to the street in front of our house wearing only a night gown and in bare feet. I was instructed to stand next to my husband who was handcuffed and also barefooted. I am not charged with any crime.”

Stone writes that “this has to be the most terrifying thing I have ever experienced, as FBI agents swarmed into our home after announcing they had a search warrant.”

Stone argues that the raid was overkill because the couple don’t own a gun and her husband’s passport had expired.

“The idea that he is a danger to anyone or a flight risk was disproved hours later when a federal magistrate released him on a surety bond,” she says. The FBI’s force, which included two armored vehicles, a helicopter and two amphibious units was much larger than the force to kill Bin Laden or arrest El Chapo, she argues

Media accounts indicated a force of 79 was involved in the Bin Laden raid with two dozen Navy Seals arriving in two Blackhawk helicopters. El Chapo was arrested for the third time by 17 marines from the Mexican Navy special forces.

Nydia Stone also brings up a CNN camera crew being outside the home before the FBI arrived and wondering why they were allowed to be 10 yards from the front door to film the assault. The implication is that CNN was tipped off.

That has been widely debated as well. President Trump tweeted: “Who alerted CNN to be there?” 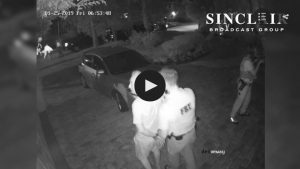 Sinclair Broadcasting has a home security video of the raid

CNN says it was there partly because Stone’s indictment had been widely anticipated and that activity by the Mueller team indicated something would happen that Friday morning. They were also asked to move away from the house when the raid began.

Nydia Stone then adds to assertions that the president is fighting a dark state whose mission is to redo the 2016 election results.

“My parents came from Cuba. I can understand how these kind of police state tactics can happen in a communist country, but it is hard to believe that the FBI Director and acting Attorney General would allow this kind of brutal assault on a U.S. citizen with no prior criminal record and charged only with non-violent process crimes here in the United States,” she says.

There has been no suggestion, though, that either of the Stones were actually treated brutally from a physical sense during the raid.

Nydia Stone said she had to dress under the supervision of a female FBI agent who even watched her while she used the bathroom. As was widely reported, Stone says the FBI thoroughly searched the home and removed computers and iPads.

Nydia Stone wasn’t happy that “they also took my computer which means they got many beautiful pictures of my grandchildren.”

Stone also said the FBI went through a storage facility nearby and also took a computer and went through financial records that are at least 15 years old.

One of the reasons given for the large FBI force was to prevent any data from being destroyed.

Indeed, the Mueller team has indicated it seized terrabytes of data, which could result in a fall trial instead of a summer trial since there is so much material to process.

With Stone’s arrest so widely anticipated, it will be interesting to see what if anything will be found in all this data. Could Stone actually have kept material that hurts his cause? If so, it would oddly echo the Watergate tapes kept by Richard Nixon, whose administration Stone worked in.

Lydia Stone’s email has some tidbits about the couple’s relationship with Trump.

“All the charges against him have been fabricated in an obvious effort to pressure him to turn on President Trump, who has been our friend for forty years and who attended our wedding in Washington D.C. 27 years ago. I remember how he danced with my mother,” she writes.

Lydia Stone says the investigation has destroyed her family income, leading her to cancel health and life insurance policies.

“My husband sold his car even though it was a 2006 model and we didn’t get much for it. We burned through a small fund we had put aside from the sale of my husband’s books that was supposed to pay for the college education of our grandchildren,” she says.

She’s packing up and moving to a smaller, less expensive apartment that’s more secure, she says.

“Every day brings death threats, late night anonymous phone calls threatening to kill us and it’s gotten so bad I can’t even go to the grocery store without somebody screaming at me and accusing us of being Russian spys, which is funny because my parents fled Cuba and the brutal regime of Fidel Castro… while my husband’s family members were mowed down my Russian tanks in Budapest in 1956,” she writes. “While Mueller has unlimited tax dollars and a platoon of vicious left wing Ivy League prosecutors to try my husband, we can only depend on people like you to help fund Roger’s legal defense.”

“As an editor, I have to say use of the phrase “vicious left wing Ivy League prosecutors” is one of the more colorful turns of a phrase I’ve seen lately.)

Lydia Stone indicates it could cost $2 million to fight what she calls bogus charges against her husband.

“You can see fake news stories online that say my husband and I are wealthy and worth millions of dollars. This is totally false. Roger says these stories are planted in order to make it harder for us to raise money for his legal defense.”

A quick internet search shows estimates of Stone’s wealth are all over the map from $500,000 to $20 million. If you have followed Stone’s career, it was clear he was a well-paid, highly successful lobbyist and consultant.

This e-mail has been sent to , click here to unsubscribe.