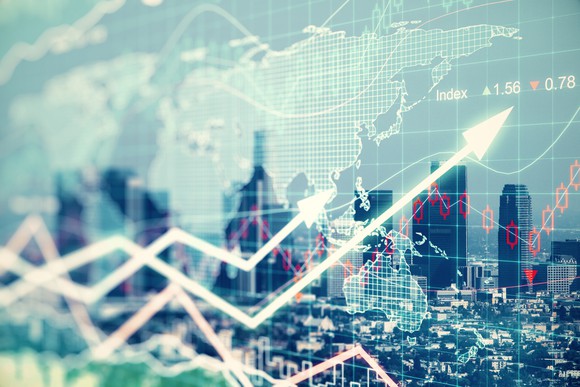 The 3 Best-Run Companies in the Technology Sect

Technology is competitive, but the managements of these companies are more than equal to the task.

Famed investor Warren Buffett, the Berkshire Hathaway CEO worth some $74 billion thanks to good old-fashioned buy-and-hold investing, famously avoids the technology sector. While this rule — a product of his aversion to market changes and the relentless competition often found in tech — has been relaxed in recent years, it is clear to any casual observer that his trepidation is likely warranted.

The simple fact of the matter is that the vast majority of technology companies spend piles of money in the hopes of capturing dominant market share in an emerging sector or market. It’s a fact of life that many of these companies will fail. All the worse, many that succeed often throw good money after bad in order to keep up their success — essentially suffering from gross mismanagement.

So, in the hopes of having our cake and eating it, too, we asked three of the Fool’s best and brightest to each detail a technology company that not only continues to innovate and offer amazing products but also possesses an amazing management team that’s making all the right moves. For reasons we shall soon learn, the companies they named, Ultimate Software Group (NASDAQ:ULTI), Activision Blizzard (NASDAQ:ATVI), and Intuit (NASDAQ:INTU) each exhibit a plethora of attractive traits worthy of admiration — and possibly your investment dollars.

Read on to find out more.

The ultimate place to work

Brian Feroldi (Ultimate Software Group): While Scott Scherr doesn’t garner as much name recognition as Jeff Bezos, Mark Zuckerberg, or Tim Cook, there’s no doubt in mind my he qualifies as a top-notch tech leader.

Scott Scherr is the CEO of the Ultimate Software Group, which is a company that he founded all the way back in 1990. This company provides cloud-based human-resources software, and it has been stealing market share away from the big boys in the industry for years. That’s allowed the company’s top line to scream higher over the last two decades, causing its share price to follow suit. 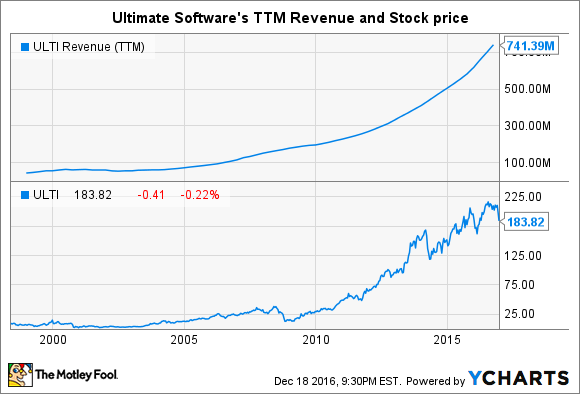 While Scherr has been delivering strong returns for shareholders for years, he also boasts incredibly impressive reviews from employees as well. Right now 98% of the company’s employees approve of him as CEO on glassdoor.com, and 93% of workers would recommend the company to a friend. Those figures make Scherr one of the highest-rated tech CEOs in the country.

You can’t please Wall Street and your employees alike without doing something right. That’s why I hold Scott Scherr in high esteem.

Sean O’Reilly (Intuit Inc.): I have long marveled at financial software maker Intuit. The developer of such products as QuickBooks and TurboTax has been a sure bet for steady, profitable growth. Management is more than aware of how to maximize on its fantastic franchises and is also exceptionally good at deploying the copious amounts of free cash flow that its products generate to create lasting value for shareholders.

Founded by Scott Cook and Tom Proulx in 1983, it has a financial results record that is hard to match. Returns on equity have averaged approximately 23.5% for the past decade, and earnings per share have grown at an 11.5% annualized rate over that same time period. As icing on the cake, the company continues to generate increasingly large amounts of free cash flow year after year. Free cash flow for the 12-month period that ended Oct. 31, 2016, came in at a more than respectable $985 million, with analysts polled by S&P Global Market Intelligence expecting the company to break through that all-important $1 billion number this year.

Forecasts out into the end of the decade are just as bullish. These same analysts expect earnings per share to grow to $4.73 by 2020. This growth is being fueled by the company’s shift toward cloud-based versions of its financial software offerings — a move that has already been met with enthusiastic demand in the marketplace. For example, subscriptions to Quickbooks Online increased 41% year over year in FY 2016.

All told, Intuit is a supremely well-managed enterprise whose stock is more than worthy of consideration by Foolish investors.

Keith Noonan (Activision Blizzard): Activision Blizzard has been in the news for inking a deal that will again make its CEO one of the highest-paid executives in America. Even if the software publisher is paying a premium, there’s no denying that Bobby Kotick has worked wonders since assuming the top spot at the company in 1991. The video games business is volatile, and Activision’s steady rise through the industry’s ups and downs, track record of innovation and franchise management, and demonstrated knack for being ahead of the curve make a strong case for calling it one of the best-managed companies in tech.

Kotick’s new compensation package will actually see the CEO take a reduction in base salary, but substantial incentives are worked into the deal, and the executive stands to receive big equity kickbacks if he increases the company’s market capitalization by at least 15% through a major acquisition. Between the hugely successful merger of Activision and Blizzard in 2008, buying out Vivendi’s controlling stake in the company for a steal at $8.2 billion in 2013, and a successful start to the integration of King Digital, there’s reason to be optimistic about the company’s future takeovers.

Smart management has helped to build the strongest portfolio of gaming franchises in the industry and has put the company in a good position to take advantage of opportunities like the rise of digital sales, e-sports, and virtual reality. Impressive stock performance backs up the case for Activision Blizzard’s being one of tech’s best-run companies, with shares up more than 200% over the last five years and more than 320% over the last decade.