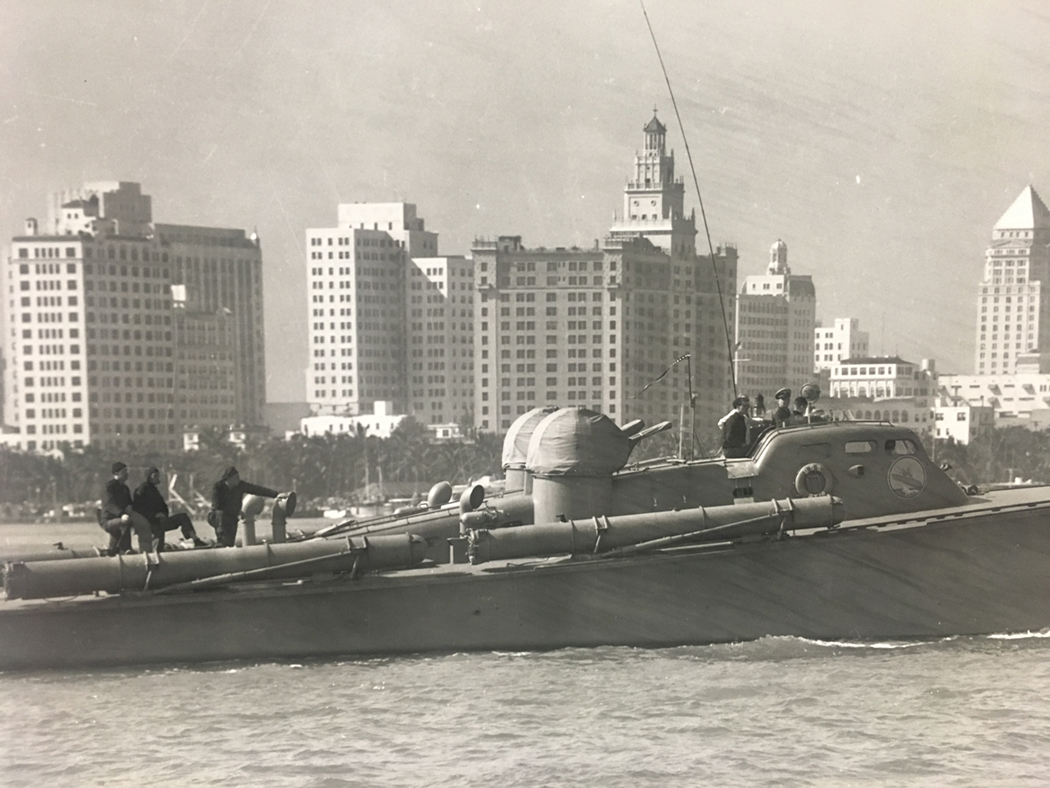 When you think of people training on Miami Beach, you might think of people jogging along the shore or doing sit-ups in the sand. However, back in the 1940s, during the height of World War II, Miami Beach was the training ground for soldiers preparing to go to war, including movie star Clark Gable.

Soon after the United States entered WWII, German U-boats were torpedoing freighters in the Gulf Stream off the Florida coast. The Miami Beach city government leased $2 million worth of municipal properties to the war department and the U.S. Navy took over Miami’s port and established air stations, making Miami a prime area for war preparation.

The tourism industry sharply declined, but the military put hot tourist spots to use. Hotels were converted into barracks, restaurants and clubs became classrooms, and golf courses and beaches turned into training fields. Miami Beach’s Million Dollar Pier was turned into a Servicemen’s Pier, where soldiers could take a break. At the height of training, there were more than 600,000 soldiers in South Florida, making it one of the largest centers and officer candidate schools during the war. ↵

Information for this feature is courtesy of the HistoryMiami Archives & Research Center, which is open to the public and contains more than 1.5 million images of southeast Florida, the entire state and the Caribbean from 1883 to the present. For more information or to visit HistoryMiami, visit historymiami.org.