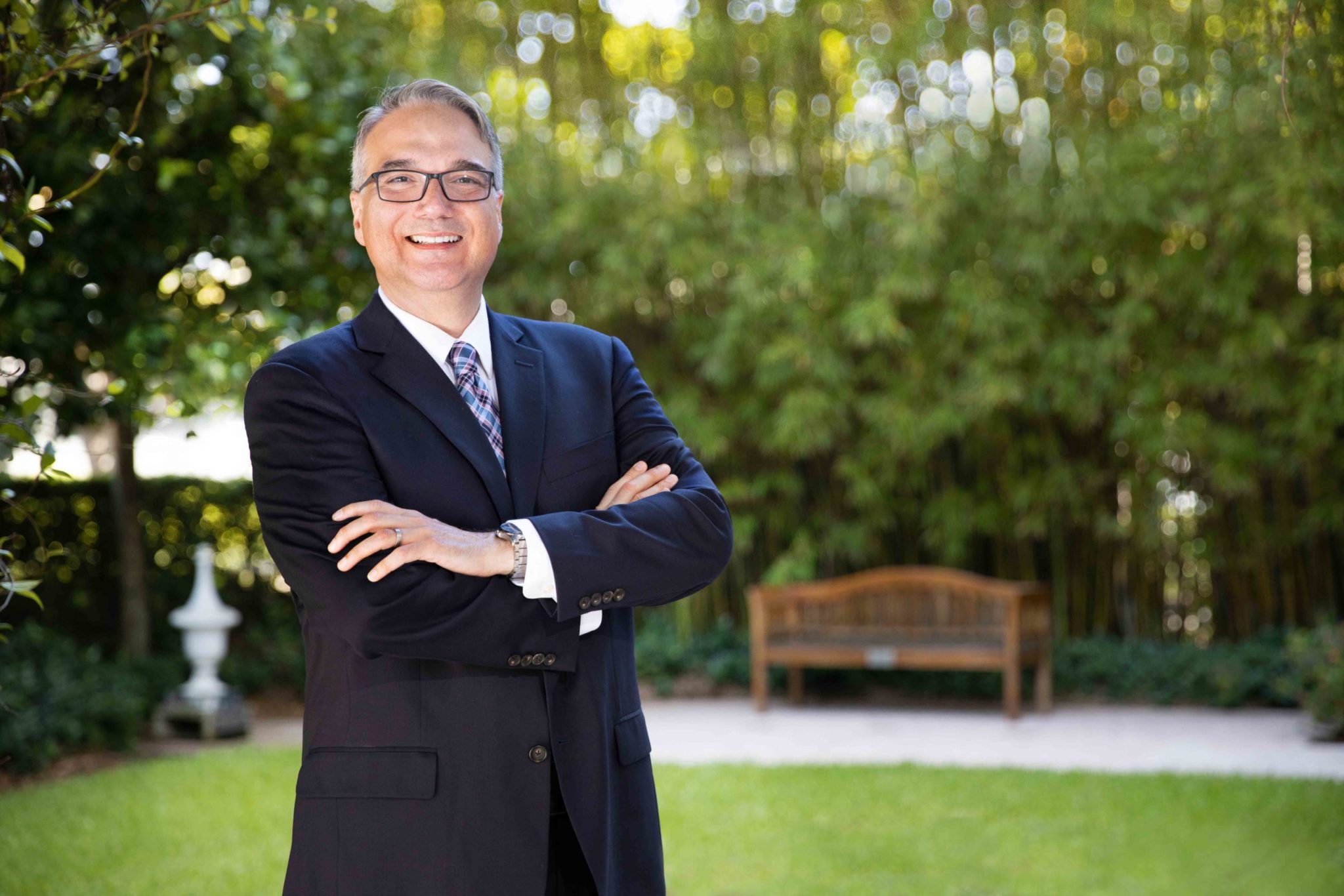 And there were others, to be sure. But Varona, dean of the University of Miami School of Law, just didn’t have enough time to intone them all. 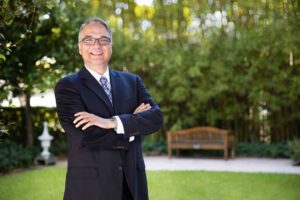 Anthony Varona, dean of the University of Miami School of Law

One thing is certain, though: incidents in which African Americans and other people of color have been killed by police officers under controversial circumstances “remind us that, in many cases, law continues to be enforced and applied differently depending on the color of our skin,” Varona said Tuesday during the interactive online teach-in Racist Police Brutality and the Role of Law, Lawyers, and Law Enforcement in the Problem and its Solutions.

With more than 1,100 registered attendees, participants watched and listened in on the special teach-in, held as the nation entered an eighth straight day of protests in the wake of George Floyd’s death. The 46-year-old African American died on Memorial Day after Minneapolis police officer Derek Chauvin pressed his knee into Floyd’s neck for nearly nine minutes while he was handcuffed. On Wednesday, Chauvin’s charge was upgraded from third-degree to second-degree murder and three other officers were charged with aiding and abetting murder.

After conceiving of the teach-in on Saturday, Varona immediately reached out to Ronnie Graham, a second-year law student and president of the University of Miami Black Law Student Association (BLSA), to propose that they join forces in planning and co-hosting the event.

“It was important to me that our African-American students be front and center in this event, and that they take a controlling role in its planning and execution,” Varona explained. “Miami Law has a long tradition of scholarship and teaching focused on social justice and the bridging of differences. We do not shy away from convening difficult conversations in which we hold ourselves and each other accountable, as we look to the law as a vehicle for social change and reform.

“What most concerns me in thinking about these issues over the past week is how the virus of racist police brutality is, unlike the COVID-19 coronavirus, not novel,” Varona said. “It has afflicted us for centuries and still plagues us in 2020.”

His sentiments were echoed by U.S. Rep. Donna Shalala, D-Florida, the former University of Miami president, who said the nation is at a pivotal moment in its history.

“One hundred and fifty-five years after the end of the Civil War, we should have made a lot more progress than we have,” she said. “We have been too slow to eliminate not simply the justice issues that we’re talking about today but the deep disparities that people of color experience in our country. This is about economic justice, it’s about health care justice, it’s about education justice. Where you are born, to whom you are born ought to make no difference in your opportunities in this country. And we need systemic change in the justice system, in the economic system, in the health care system, in the education system. And we need it now.”

Shalala noted that she is working with the Congressional Black Caucus on legislation to improve community policing. Some of that legislation should be simple, such as banning the use of chokeholds, she said. But other parts of the legislation are more complex. “The idea that someone can kill another person just by saying, ‘I feared for my life,’ is simply unacceptable,” the Congresswoman said.

Changing the behavior of some police officers will require holding them accountable, said Florida Rep. Geraldine Thompson, adding that sovereign immunity laws that sometimes shield what she called “bad actors in law enforcement” from reprisals must be closely examined.

Thompson also called for more civilian oversight in the form of citizens review boards. But such boards, she said, must be transparent and representative of the community in which they are located. She said citizens must engage the U.S. Department of Justice in bringing civil rights charges against officers involved in incidents such as the Minneapolis case.

Why the problem of police brutality has persisted for so long remained a key issue during the teach-in. One reason: an exorbitant amount of money is being spent on the criminal justice system when it could go to better and more effective means of administering justice, said Donna Coker, professor of law and Dean’s Distinguished Scholar at the University of Miami.

“We have seen a huge transfer of resources into the criminal justice system. One estimate is that we spend $182 billion a year on criminal justice and about $63.2 billion of that is on policing,” she said. At the same time, she explained, whatever meager resources existed in low-income communities of color that are the primary recipients of police surveillance are being withdrawn from those communities and directed elsewhere.

“So, we need the political will to change that calculus,” said Coker, whose scholarship focuses on criminal law, gender, and race inequality. “This is a policy choice. This doesn’t happen by accident. We can change that. We can invest, for example, in violence interruption strategies that are proven to work that don’t involve engaging the criminal justice system. We can invest in restorative justice and transformative mechanisms. We have African-American communities so much more hit by COVID-19 because we don’t invest in health care or changing the structure of inequality.”

The teach-in opened with powerful remarks from Graham, the second-year law student and BLSA president who co-hosted the event with Varona. Graham recounted being wrongfully pulled over by police officers. The thousands of peaceful protesters who have taken to the streets in the past week “have a right to be angry, especially at the hands of injustice,” he pointed out.

“We live in a nation forged by ideals of greatness,” Graham said. “Yet, within, there is a divide. To our silent allies, the time to act is now. Can you not hear the cries of your fellow Americans? Can you not feel their sorrow when justice seems so narrow? If you are an ally, speak out. If you are in a position of power, use it. Set aside the title and just say and do what is right.”

Another student, Jordan Rhodes, spoke about the challenges of being a black law student. “Nothing prepares you for what it feels like to be tested on laws that seem neutral but were in fact written by privileged white men with the intent of protecting their privilege,” Rhodes said.

The incoming student representative on the University’s Board of Trustees, Rhodes said she believes the School of Law could be even more welcoming of African-American students and she hopes the school rethinks how it educates the student body.

“As students and teachers of law we have a moral obligation to speak out when the enforcement of laws is done in a racist way,” Rhodes said.

Angela J. Davis, professor of law at the American University Washington College of Law and author of “Policing the Black Man: Arrest, Prosecution, and Imprisonment,” said more criminal liability against police officers is needed, and prosecutors, who play a key role in such cases, should be held accountable.

“People have talked about civil liability, but we need meaningful criminal liability for officers,” Davis said. “The Supreme Court has set a low reasonableness standard for when police officers can use force. But just because the Supreme Court says that it’s not unconstitutional does not mean that that should be the standard on the local level. On the local level, police departments can set a standard for when deadly force can be used. And so that needs to be changed.”

“But there also needs to be meaningful prosecution of these cases,” she continued. “Prosecutors have the power to charge individuals and they can do so very easily. The standard is probable cause. It’s a really low standard. It means more probable than not. And they charge black and brown people on that standard every day very easily and very quickly on far less evidence than they’ve had on all of these cases, particularly in the case of Mr. Floyd.”

Osamudia James, professor of law and Dean’s Distinguished Scholar, called for more discussion on policing culture. She described it as a command and control culture of policing in the United States that operates in conjunction with antiblack culture in the United States. “It not only exists in police departments but in our homes, in our schools, in our workplaces, in our places of worship. And it’s been reinforced by union contracts that make it difficult to hold officers accountable,” she said. “Those things all work together to create a system of policing that can be resistant even to changes in legislation, that can be resistant even to police cameras.”

The law is applied unevenly, said Miami Law professor Donald M. Jones, arguing that there are two Americas and two criminal justice systems. “The law is a teacher. And one of the things it has done is that it has not only taught but it has created a culture of disrespect, a culture of impunity. It says certain groups of people are not going to be seen as people but as criminals.”

Charlton Copeland, professor of law at the University of Miami who specializes in civil procedure, federal courts, and administrative law, said criminal prosecutions against police officers are critical because civil cases against officers are often ineffective. “The civil side has been neutered on the jurisprudence of the Supreme Court,” he said. “That is, individuals bringing equitable suits seeking to enjoin certain kinds of police misconduct were deemed not to have standing to bring those suits in almost all instances.”

Hilarie Bass, chair of the University of Miami Board of Trustees and a School of Law alumna, closed out the teach-in, calling it a “fascinating discussion and exactly what the University and our law school should be doing at this time.”