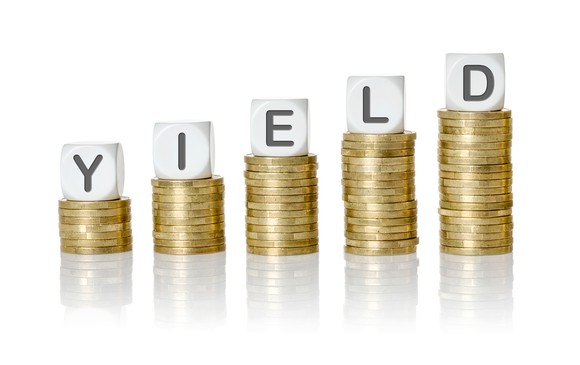 If you’re looking for dividend stocks, this trio should be on your short list today.

With broader market benchmarks like the S&P 500 offering up a less-than-exciting yield of around 2%, I’ve found a trio of high yielders that offer at least twice that. Better yet, they all have long histories of increasing their dividends over time. If you are looking for income today, three high-yield dividend stocks you definitely want to consider are Duke Energy (NYSE:DUK), International Business Machines (NYSE:IBM), and Magellan Midstream Partners, L.P.(NYSE:MMP). Here’s a quick primer on each.

Duke Energy is one of the largest electric and natural gas utilities in the United States. Duke’s yield is currently around 4.2%. It’s increased its dividend for 13 consecutive years. The most interesting thing here, however, is how Duke has changed its fundamental business strategy over the last few years.

These moves have helped to change the trajectory of the company’s earnings and dividends. For example, dividends grew at around 2% a year between 2009 and 2014 but are now expected to increase between 4% and 6% a year. Earnings are expected to increase at roughly the same clip. Driving this growth will be investment in the company’s regulated operations and expansion in its contracted and fee-based businesses. 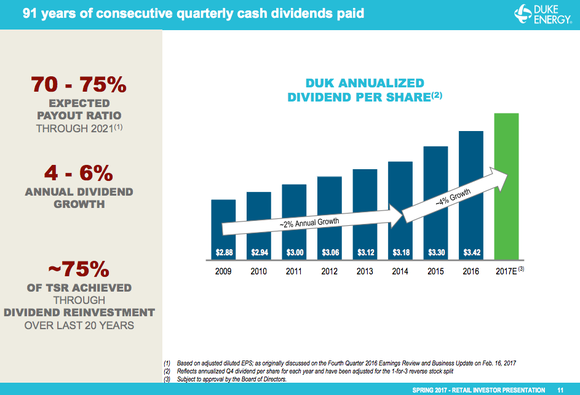 Duke is a utility, so slow and steady is the name of the game. But its rebalanced portfolio now looks set to reward dividend investors with inflation-beating dividend growth.

Turning around the tech giant

Next on the list is technology titan IBM. Its current yield is around 4.1%. The company has increased its annual dividend for 22 consecutive years. That said, it takes a little bit of faith to buy IBM today, as its top line has been in decline for over five years.

The big story is that IBM has been selling older businesses (like making computers) and refocusing around newer ones like artificial intelligence, cloud computing, and security. This isn’t the first time IBM has remade itself to better compete in the fast-changing technology industry. After all, it started out making things like clocks and scales, shifted to mainframes, then to personal computers, and then tilted toward services. It’s remained a technology leader throughout. There’s no reason to believe it won’t succeed this time around. The slow-moving turnaround, meanwhile, is partly because of IBM’s size — you don’t turn a giant ship on a dime. 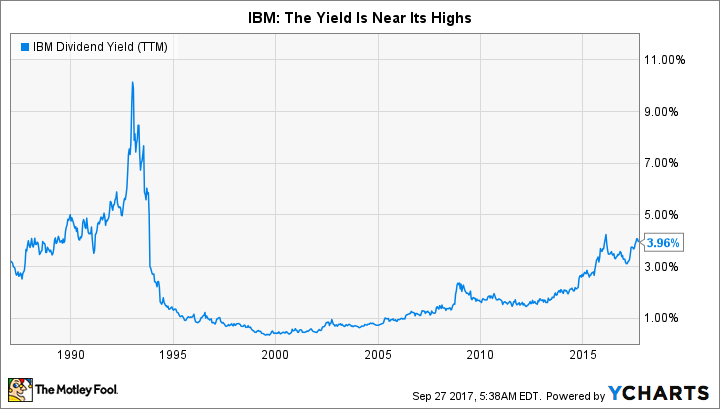 That said, despite the declining top line, IBM remains highly profitable. That’s been bolstered by stock buybacks, of course, but it’s noteworthy that revenue has declined almost 20% over the past decade but earnings per share are higher by more than 70%. And, more to the point here, IBM appears to be generating enough cash flow to cover its dividend and transform its business. With the yield at the high end of its historical range, now could be a good time to add this high-yield tech play to your portfolio.

Finally, we have midstream oil and natural gas partnership Magellan Midstream Partners. It currently yields 5% and has increased its distribution every year for 17 consecutive years. To be brutally honest, this is a pretty boring energy company — something income investors should really love!

Magellan’s business is largely backed by fee-based assets. That means the price of oil and natural gas doesn’t matter nearly as much as demand for the fuels. It results in a fairly steady business even during energy downturns, like the one that started in mid-2014. For example, despite oil’s tumultuous recent performance, Magellan’s distributable cash flow has increased in each of the last five years.

What’s most interesting here, however, is that Magellan’s distribution has grown at an annualized 11% over the past decade. That’s over three times as fast as inflation, meaning unitholders’ buying power has increased materially over that span. The partnership has roughly $1 billion in investments in the works to keep the distribution streak alive and growth robust (it’s currently targeting distribution growth of around 8% in 2017 and 2018). 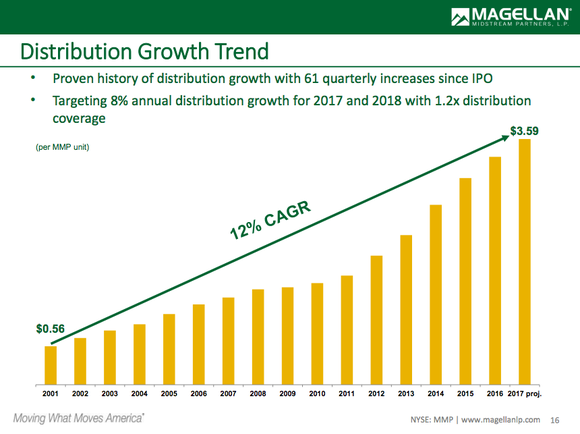 The best part, perhaps, is that Magellan is conservatively run, with leverage below most peers and distribution coverage of 1.2 times. If you are looking for a high yield and dividend growth, Magellan is a great option.

Diamonds in the rough

It’s hard to find high yields today. But if you take a little time you can pick out some gems. Duke’s rebalanced business should support its high yield and faster dividend growth going forward. IBM’s slow-moving turnaround is an opportunity to buy a technology giant when most investors are being driven away by fear. And Magellan’s fee-based business offers a nice mix of yield, distribution growth, and safety. All three are names you’ll want to consider today.

Forget IBM: These are the best dividend stocks to buy now
If you’re looking for solid income from dividend stocks, look no further. The Motley Fool’s top dividend analyst, who leads our dividend stock newsletter, Income Investor, just picked what he believes are the best income stocks in the market right now… andIBM didn’t make the list!