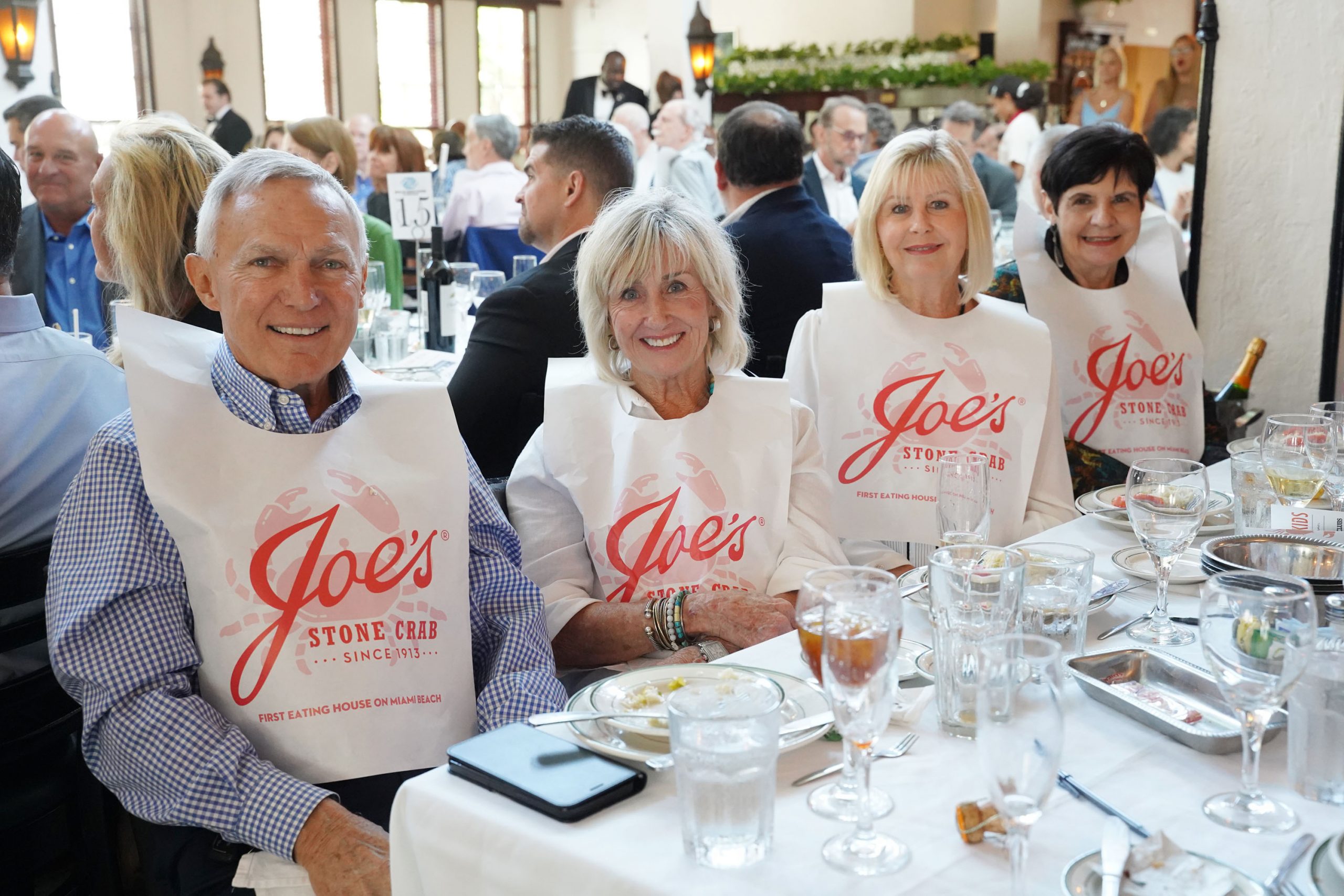 Annual “Claws for Kids” Fundraiser Raises Over $175,000 for Boys & Girls Clubs of Miami-Dade

Hundreds of supporters came together at Joe’s Stone Crab in Miami Beach to support the Boys & Girls Clubs of Miami-Dade during its 11th Annual “Claws for Kids” fundraiser. Guests enjoyed stone crabs and other signature menu items without waiting while enjoying a performance from well-known Frank Sinatra impersonator Jeff Grainger. Supporters had the opportunity to win raffle prizes such as fine wines and liquors, restaurant and hotel gift cards and more.

Olga Guilarte and Lisa Mendelson co-chaired this year’s event, which honored Judy Kramer, a longtime Boys & Girls Clubs of Miami-Dade Board member who helped create the event and chaired it from its inception until her passing in February 2021.

This year’s event honored James Haj, president and CEO of The Children’s Trust, with the 2022 “From the Heart” award. Haj’s commitment to Boys & Girls Clubs of Miami-Dade has positively impacted the lives of the Clubs’ youth members. Haj has 25 years of experience in teaching and administration at Miami-Dade County Public Schools, and “Claws for Kids” coincided with National Teacher’s Appreciation Day on May 3.

“We are incredibly humbled by the overwhelming support from all those who joined us for the 11th Annual’ Claws for Kids’ lunch and awards ceremony to commemorate the life of Judy Kramer and honor Jim Haj with our 2022 ‘From the Heart’ award,” Alex Rodriguez-Roig says, president of the Boys & Girls Clubs of Miami-Dade. “We are grateful to see many of our supporters back in person while enjoying Joe’s famous stone crabs.”