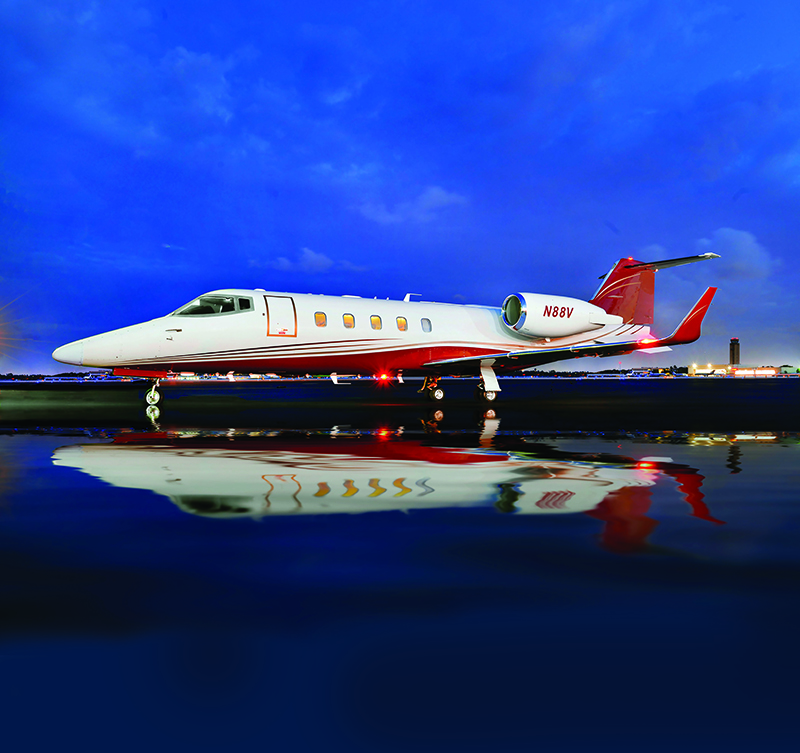 National Jets evolves into a one-stop shop for private aviation

How companies survive and prosper depends on many variables. For National Jets, it’s all about personalized customer service. The Boy family started the company in 1945 in Durham, North Carolina, as a full-service gas station when attendants still pumped gas and checked customers’ cars.

As the Boy family eventually transitioned into aviation and moved to Fort Lauderdale in the 1950s, the motto of going above and beyond for the client’s experience carried throughout the decades.

How does National Jets stand apart from its competitors?

Our company is a true private jet aviation company, and what that means is we do more than just one thing. A lot of companies will just do executive charters. Or they just do aircraft management, where they’ll manage an aircraft for a high-wealth individual and they provide the pilots and the maintenance, and the billing, so the owner can step on his airplane and go.

Some companies are FBOs, a fixed-base operation. It’s an old term. We like the term “private jet terminal.” It’s for private jets to come in, park, have their passengers plane and deplane, and where they buy their fuel from and where they’ll have their maintenance. They might base their aircrafts at one of those facilities. We also have a maintenance department.

What makes us dynamic is we do all of these services—and there are not a ton of companies that do. It’s a really one-stop shop for private jets. And it’s family owned.

My wife is part of the Boy family, and her father, Tom, who has retired, was one of the founders.

How did the company come about?

During World War II, two of the Boy brothers wanted to become pilots in the war. So, they went through the war and when they came out, they wanted to stay in flying. Back then, in Durham, North Carolina, they had a full-service gas station. One of the brothers had a restaurant—a roller-skate, drive-in type restaurant. They were used to serving customers.

At the time, there was only so much in Durham they could do to make a living in aviation. So they left and came down to Fort Lauderdale in the early ‘50s, right about 1951, and they came to this field [which is now Fort Lauderdale-Hollywood International Airport]. And it didn’t look at all like it does today.

They were flying cargo to South America. One of the big things they did was that they flew oil-filled equipment, drills and bits and pieces of what you would use for a drill set-up, down into places like Peru, Ecuador, landing on grass strips in the jungle, with these large propeller cargo aircrafts. They flew all over northern Latin America, Central America and the Caribbean.

They took that business and went into flying down groceries and meat in those regions. Live chickens, pigs—you name it.

Their first bigger expansion was delivering the Wall Street Journal, which was distributed by aircraft back in the day. They were asked by Dow Jones, to distribute it to over 40 cities in the U.S. every morning.

They did that until the satellite printing presses happened. They kept reinventing themselves.

My father-in-law heard that there was a program going on by the U.S. government to hire veterans, so they ended up buying a Lear Jet and started a flight school to help that transition. And back then, the Lear Jet was a really neat thing. That purchase led to the air charter business. They started flying around movie stars and rock bands.

The other part of our business that was growing at the same time was this FBO. The air center we were using was the base of operations for the cargo airplanes to load, unload and have fuel and so on. People with other small, private aircrafts would fly in at the same time to get fuel, so that business started growing as we got into the executive jet market.

It was at an old facility where we are sitting today. From there, they eventually quadrupled the headqaurters and private jet terminal in size. As the company grew and changed, so did our clients. We used to do a lot of military and cargo fueling. And the next step happened.

Someone got injured in the Caribbean on a sailing yacht, and they called us asking if we could come down and pick up this injured person. That’s how we got into air ambulance. They got local doctors and nurses together and started the air ambulance company. And they wrote up all the protocols on how to do air ambulance and submitted it to the state of Florida. The state modified and adopted the rules and gave National Jets license No. 1.

That must have been a big change in the company’s operations.

Yes, it meant you are a 24/7 business. It meant that we needed to get fuel and maintenance in the middle of the night if an airplane broke down. It further developed the FBO here.

Each of these divisions were helping each other, so we further developed the maintenance, fuel sales—those businesses and our fleet grew and we became one of the largest and well-known in the country.

You also have an aircraft management division. Tell us about it.

We had some of our executive charter clients come back to us and ask: “I’ve been thinking about getting a private jet, can you help us?” That’s how we started our aircraft management division.

We help them buy their jet, hire the crew, store it at the hangar for them. We bundle the services and can control the costs. Our management division is not just for private use. Say a corporation owns a private jet, and when they are not using it, we put it on our charter service and it makes revenue for that owner, helping offset ownership costs of the airplane.

Why should an executive use private air charter services?

Simple—their time is more important than anything. Their salaries and the salaries of their staff are very expensive. They are wasting time trying to hit three or four meetings in one day. You almost can’t do it, flying commercially, by the time you get to the airport. It’s probably not flying on the schedule that you need and it’s probably not flying to smaller airports that get you closer to your meeting more quickly.

The other benefit is the executive can bring staff and hold meetings going to the next meeting, so it is productive time. If your meeting ends early or runs late, we are on your schedule.

It’s absolutely our guest services. When you come into our FBO, there are going to be a crew of people greeting you. They are going to carry your bags, fuel your airplane, and make sure everything is taken care of. We have a concierge who meets the aircraft and has all the services lined up. Rentals cars and hotel reservations are ready to go. Their favorite drink is ready to be served. You name it, that’s what we do.

We are looking at adding to our fleet a larger aircraft that can fly more transcontinental, like the Gulfstream and Challengers. When we do that, we will be one of the few companies that can offer a light jet, medium jet and large cabin all in one company. That’s a must for the future. ♦