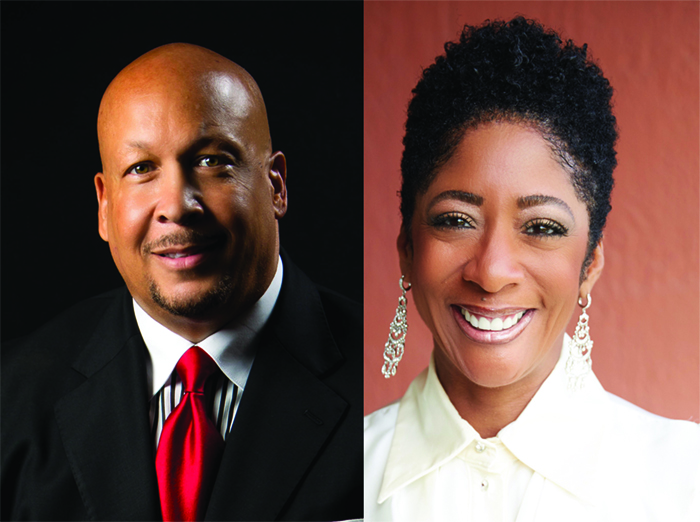 Since marketing and media entrepreneur Jerome Hutchinson Jr. came to South Florida from Atlanta in 2006 with the goal of developing a local black business network, much has changed.

He and his wife, Pam, who died in 2007, launched Who’s Who in Black South Florida, a publication profiling the community’s accomplished and influential professionals and entrepreneurs. But Hutchinson didn’t stop there.

The publication became the inspiration in 2008 for ICABA Media Group, a media and marketing organization that expanded in 2015 and became simply ICABA, short for International Career and Business Alliance. Today, it’s a 4,000-member social network that produces events, directories and a magazine for black professionals.

One of those events, ICABA’s annual Business Forum, is a popular gathering for South Florida’s black business community, featuring speakers who are national and local entrepreneurs. A local centerpiece of Black Business Month, this year’s event is Aug. 26 at Broward College in Davie.

Not long afterward is the ICABA Salute to Caribbean Excellence, to be held Oct. 22 at The Tower Club in Fort Lauderdale. It’s a black-tie tribute to the accomplishments and contributions of individuals and organizations throughout South Florida’s Caribbean diaspora.

Honorees are selected from a broad cross-section of professionals and entrepreneurs from throughout Caribbean countries and the United States. The event aims to provide attendees a well-appointed environment to celebrate, network and enjoy Caribbean food, art and music.

Attendance at events such as these includes top black professionals, which has inspired Hutchinson to take his original vision global: He hopes to have a half-million ICABA members in the next several years.

Still, he and others say they’re frustrated at times by the slow progress black business leaders have made in South Florida, compared to the strides made in other areas its size. He notes that, despite Florida lagging only Georgia in the number of black-owned businesses, South Florida cannot compare to Atlanta’s success.

“There are a number of contributing factors why South Florida loses individuals who don’t feel the environment is supportive enough of business people of color,” Hutchinson says. “They often cite an inability to get contracts in general, but ICABA is planning to conduct a survey to make a rigorous assessment of the issue to really understand the causes and work toward solving issues.”

While South Florida isn’t the easiest place for anyone to succeed in business, those who believe in themselves can do it, says Tina D. Howell, owner and CEO of two Wingstop franchises in Miami. Howell plans to open three more restaurants, and she also is the owner and CEO of Virtual Home Care, one of the nation’s largest minority-owned home health agencies, located in Dallas. The combined gross revenue of her businesses was approximately $7 million in 2015.

“South Florida is a challenge. We are a melting pot, but there is a strong culture within the Hispanic community of being supportive largely to each other in business development,” she says. “For example, I might do all that I need to do in the process of getting a permit. But when I begin to engage with the government for it, the person trying to help me often doesn’t speak much English.”

Howell is good at winning challenges, though.

“I came late to the business networking game. I didn’t start with the tools to become successful in life, so in the earlier part of my career I put a lot of energy into self-development,” says Howell, who grew up in a single-parent household in west Coconut Grove.

She wanted to be a doctor and received a scholarship to Florida A&M University, where she earned a degree in chemistry with a minor in mathematics. Ditching her dream to become a doctor after college when she realized she didn’t like biology, Howell tried law school at the University of Miami – and flunked out, she says.

“But I always had this feeling that I would be successful. I thought about how I had done well making extra money in college by selling vitamins and figured that, by nature, I am an entrepreneur,” she says.

South Florida is tough to navigate as a business leader of color, says Garrie Harris, but the challenge is not insurmountable. “We’re accustomed to overcoming adversity and paving our own pathways to success when there is a lack of support,” she says.

Harris got her first taste of entrepreneurship growing up watching her father run a construction company in her hometown of Fort Myers. She launched her career with Dade Savings and Loan (now Chase Bank) where she was named the first African-American female branch manager and branch vice-president. Fifteen years later, the staffing industry piqued Harris’ interest and in 1995 she accepted a position with Olsten Staffing. That set the stage for a career in the staffing/employment industry.

In 2007, Harris and some partners formed Alpha1 Staffing/Search Firm, which in 2011 won the largest staffing contract ever awarded by Miami-Dade County to an African-American-owned firm. Alpha1 currently employs more 1,200 contract professionals in multiple industries.

“It’s helpful to use challenges as a source of motivation and to connect with and support each other through community groups,” Harris says, adding that aligning with such organizations as the Miami-Dade Chamber of Commerce, the state’s Minority Supplier Development Council, Broward County Economic and Small Business Development has been “invaluable. The connections I was able to make and the knowledge I gained significantly contributed to the growth of Alpha1 Staffing.”

To help aspiring leaders connect with those who are succeeding, Howell often gives motivational speeches. She was Black Enterprise magazine’s 2015 franchisee of the year among other honors.

National Black Business Month is an annual initiative to increase the number and scale of African/Caribbean‐American owned businesses in the United States and globally. 2015 marks the 12th National Black Business Month and encourages consumers and institutions to visit at least one black-owned business on each of the 31 days of August. There are 1.9 million African-American businesses, which encompasses 7 percent of all U.S. companies.

Nationally, there were 2.6 million black or African American-owned firms nationally in 2012,up from 1.9 million or 34.5 percent from 2007, according to the U.S. Census 2015 Survey of Business Owners.

• Reclaiming Our Communities
Block by Block

Sponsors: The Mosaic Group and The Urban League of Broward County

For more information: visit blackbusinessloop.com or contact
The Mosaic Group at 561.290.6739
or events@upscalebymosaic.com